Common law marriage Delaware has never been recognized in law. It is only recognized in a small number of states, mentioned in this article. Therefore, we have explained the marriage and divorce laws in Delaware for you to know in case you were thinking of establishing this type of relationship. 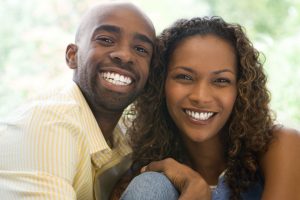 Marriages by “common law” are legal in some states. These states acknowledge a legal connection between two persons who lived together as if they were married and presented themselves to the world as such but were never officially married under the laws of that state.

Common law marriage or an informal marriage has never been recognized in Delaware. Here are the states that accept common law marriages presently, or did in the past, and will continue to do so if the relationship began before such marriages were outlawed by state law.

Below, you find a list of states that recognize informal marriages, or do so within a certain time frame:

The following 13 states, instead, have not recognized common law marriage under the state laws and not even by the courts:

The Elements of a Common Law Marriage

Common law marriage allows persons — who live together as man and wife for a sufficient period of time and with the intent of having a relationship similar to a marriage — to have the legal rights of a legally married couple. Among those states that permit a common-law marriage to be contracted and legal, the elements of a common-law marriage vary slightly from state to state. The necessary elements in Delaware are:

Holding out, which means holding themselves out as a married couple. For example, the parties tell the world that they are husband and wife through their conduct, such as the couple’s assumption of the same surname, filing a joint federal income tax return, etc.

Intent to be married

That means that mere cohabitation may never be considered marriage by itself. Of course, many disagreements emerge when facts (such as the parties’ intents or statements to third parties) are in dispute. Living together for a particular number of years is often seen to be enough to form a common law marriage. However, states generally don’t define the number of years of cohabitation for a common law marriage to exist.

What Are the Laws Related to Marriage in Delaware? 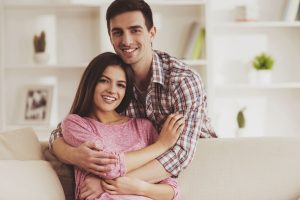 Delaware’s marriage laws or common law in Delaware include The Delaware Civil Marriage Equality and Religious Freedom Act of 20131 (“Marriage Act”) which were passed by the state legislature and was signed by the Governor on May 7, 2013.

Furthermore, the marriage laws in Delaware affirm religious communities’ constitutional rights to religious freedom, stating that religious societies retain sovereignty over their religious practices and are free to set their standards concerning who they will marry. It also provides that any clergy member who is allowed to perform weddings has the authority to refuse to marry any the couple who are getting married in Delaware.

Marriage in Delaware is valid if:

However, the parties need not be Delaware residents in order to marry in Delaware.

What Steps Do I Take To Marry My Partner as Specified in the Delaware Marriage Laws?

To submit an application for a marriage license or Delaware marriage certificate, both parties must be present in person. Applications are available in person at a Clerk of the Peace office or online at the Clerks of the Peace for New Castle and Sussex Counties’ respective websites.

A marriage license costs $50 for Delaware citizens and $100 for non–residents (cash may be required), and there may be additional fees for filling out the application online. A birth certificate, driver’s license, or passport are all acceptable forms of identity. It’s a good idea to call the Clerk of the Peace’s office ahead of time to double-check what you’ll need.

The marriage license is only valid for 30 days and is only legal in Delaware, thus your wedding must take place there. Before the license becomes effective, there is an obligatory 24-hour waiting period, which may be waived by a Clerk of the Peace for good reason.

Your ceremony can be performed by a judge, certain public officers, or a religious official. Marriage ceremonies will also be performed by Delaware Clerk of the Peace offices, which have pricing schedules on their websites. Within 15 days after your wedding, your officiant must complete the certificate stating that your ceremony was done and send it to the Clerk of the Peace.

What Are the Divorce Laws in Delaware?

There are divorce rules in Delaware, just as there are marriage requirements. Delaware is a “no-fault divorce” state, which means that a couple can get a divorce if their marriage has been irretrievably broken down without special consequences for the part that caused the strain on the relationship.

While this ground for divorce traditionally assigns no blame to either party for the divorce, Delaware divorce laws include an option that the breakdown may be the result of:

Despite the fact that you could request a divorce in Delaware based on any of these four fault grounds, the fault grounds may not be used by the court in alimony decisions, but they can be used in child custody and property distribution decisions.

Alimony has a limited lifespan. It is paid for half the term of a marriage that lasts less than 20 years. For marriages that have lasted longer than 20 years, it can be paid permanently. Alimony terminates with death, remarriage, or cohabitation with another romantic partner in either circumstance.

Not all assets are equal when dividing an estate. A house and a 401(k) may be worth the same, but a house has maintenance needs, and a 401(k) may have tax ramifications (k). On the other hand, if a 401(k) was formed during the marriage, an ex-spouse is entitled to half of it. Furthermore, it’s also crucial to examine the marital debt.

The sole grounds for divorce in Delaware are irretrievably broken marriages, which means neither spouse can restore the relationship and there is no hope of reconciliation.

You can prove irreversible breakdown to the court with the help of an attorney, by demonstrating that you and your spouse consented to separate, or that you separated due to a spouse’s wrongdoing or mental illness.

A separation, in the context of showing the irreversible breakdown in Delaware, indicates that you and your spouse lived separately and apart for at least six months before filing for divorce. During the six months, the court allows a couple to live together as long as they don’t share a bedroom or have a sexual interaction.

– Child Support After a Divorce in Delaware

One of the most startling features of divorce is that in most situations, marital infidelity does not influence child custody decisions. If parents cannot agree on custody arrangements, the court will use the best interests of the children to make a decision.

The standard takes into account parents’ wishes, their interactions with their children, siblings, and grandparents, the child’s adjustment to school and community, parents and children’s mental and physical health, past and present compliance with parental rights and responsibilities to their children and each other, domestic violence incidents, and parental criminal history.

The wishes of the children are also taken into account. In Delaware, judges have the authority to ask children over the age of five to choose which parent they wish to live with. 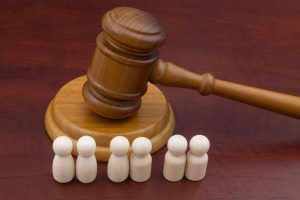 The laws of marriage and divorce are different in every state, unlike Delaware, many states have more than one ground of divorce and recognize common law marriages. Thus, we conclude the following after reading this article:

We hope that you can now make legally informed choices when it comes to common law marriage in Delaware.

Legal Separation in Texas: Laws and the Process Involved

Do You Pay Child Support With 50/50 Custody and How Much?

Hiding Pregnancy While Getting Divorced: Does It Affect Proceedings?