The state changed its position regarding common law marriage in Georgia in 1997. As a result, many people are familiar with common-law marriage, but only a few understand its legal realities.

In general, common-law marriage is a type of informal marriage that some states legally recognize, including Colorado, Iowa, Kansas, District of Columbia, Montana, Oklahoma, Rhode Island, and Texas. 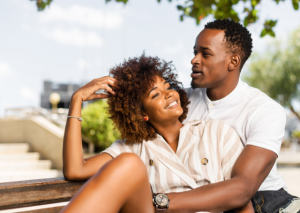 This legal concept applies to couples that appear to be married but without a marriage contract or without having their union recorded by state or official registry.

This article discusses the concept of common-law marriage in general and provides information about this process in Georgia more specifically.

Before January 1, 1997, the common law in Georgia allowed marriage under its wing. Although it does not allow them anymore, the state of Georgia still recognizes the marriage of common-law couples established before 1997 and in compliance with all the requirements.

In general situations, marriage laws in Georgia demand couples to meet strict requirements to allow them to apply for a marriage license. For example, the couple would need to present residency requirements, an identification that shows proof of age, and a divorce decree if they were in previous marriages. After obtaining the marriage license, a licensed minister or judge should conduct a ceremony for the law to consider this marriage legal.

On the other hand, common-law marriages bypass all the above steps.

Generally, in common-law marriages, the following are the only criteria the couples should meet:

Suppose that you and your common law spouse decide to move to a state that does not recognize this type of union. In this case, you don’t have to worry about your rights, as every state must recognize common-law marriages registered in states that support it.

It is also important to note that no state recognizes gay relationships as common-law marriages.

What Is the “Capacity to Marry”

As easy as it sounds, “capacity to marry” means your ability to get married to another person.

In Georgia, several factors define a rightful “capacity to marry”: 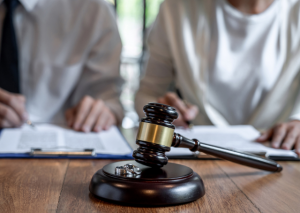 There is no common-law divorce neither in the state of Georgia nor in any other state. The law requires couples to separate under official divorce laws even if they were married under common law. In a lot of cases, common-law marriage adds significant complexity and difficulty to the divorce proceeding.

Since the couple has no official papers to document the union, there is no simple way for the court to determine whether a couple is married by common law. This complexity demands the couple to prove to the court their marriage before issuing the divorce papers.

If you are going through a common-law divorce, you should probably contact a divorce attorney you trust because several issues may arise, including:

A couple will most likely have to prove to the court their common-law marriage at some point in their lives. For example, this might be while dealing with divorce, as mentioned above, or when dealing with inheritance.

Since common-law marriage can be challenging to prove, and holding themselves out to be married in public is one of the most critical requirements to do so, there are a few steps that a couple can take to make it easier, including:

Some couples may also opt to sign an affidavit or a contract which is not a prenup but allows both partners to attest to their consent and agreement to having the law consider their relationship a common-law marriage. This contract can help prove the marriage before a judge before moving to trial.

The main benefit of common-law marriage is that it will grant you the same rights and responsibilities as the ones given to formally married couples.

The most significant rights include: 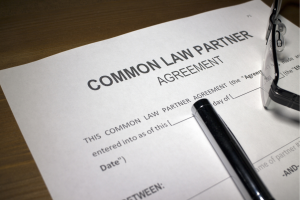 The main reason pushing states to revoke this law is the difficulty of proving such marriages and the complications this causes.

Here are some points to keep in mind:

Most states are changing their laws to try and minimize the number of common-law couples as much as possible. But, unfortunately, this means that valid common-law marriages from Georgia and other states will eventually become invalid and simply a thing of the past.