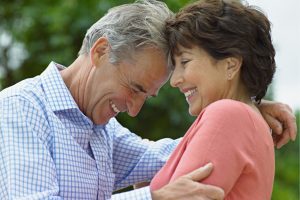 Common law marriage New Hampshire: If you are thinking of entering one, you should know that this is not something that the state recognizes.

While it might be a concept in other places around the country, the state has specific laws when it comes to marriage.

Since this can be complicated, let’s take a closer look at the laws mentioning New Hampshire common law marriage.

What Is a Common Law Marriage?

Not everyone wants to go through with a big wedding ceremony or all of the formal requirements involved in getting married. This is why a growing number of couples are choosing to enjoy being married under common law.

An informal marriage, which can also be named marriage by habit and repute, is established when a couple lives together and thinks of themselves as being married. They are in a committed relationship but they have not gone through the legal channels to become a married couple in the traditional sense. Thus, they do not have a marriage license but everyone they know might refer to them as husband and wife.

In the state of New Hampshire, a common law marriage is not recognized. In other words, it does not matter how long you have known your partner or lived with them, you will not be classed as being legally married unless you follow the rules set out in the statute.

New Hampshire will honor a common law marriage if it was legal in another state. For example, if you cohabited with your partner in one of the following states, you will have a legal marriage in New Hampshire:

However, there is one circumstance where a common law marriage will be recognized. Namely, this is if one of the partners dies. Thus, the General Court of New Hampshire states that inheritance law will look at an informal marriage based on cohabitation as being legal in the state. This will allow the other partner to enjoy inheritance rights if the other one passes away.

There are some conditions for this to happen, though. In particular, you will have to live with your partner for at least three years. In addition, you will have viewed your relationship as being married and committed to one another, knowing each other as spouses despite the absence of a marriage license. Indeed, the community, as well as friends and family, will need to regard you as being a married couple.

What Are the New Hampshire Marriage Laws? 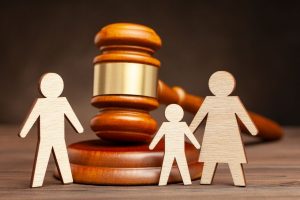 If you want to ensure that you get married legally in the state of New Hampshire, you have to know what the rules are. To begin with, you will have to go to a clerk of court. They will have an application form you must complete in order to get a marriage license. This is going to allow you to marry your partner straight away. The permit will be valid for 90 days.

In order to get a marriage license, you will have to show a valid form of ID. This is to prove your identity, as well as your age. Some examples of identification include:

You have to be 18 years of age or older for getting married in New Hampshire. If you are younger than this — but not younger than 16 — you will need consent from both sets of parents. In order to ensure your marriage is legal in New Hampshire, a couple should have a wedding ceremony. This has to be solemnized, which can be by a judge, ordained minister or clerical official.

Do you Have Any Rights as a Cohabitating Couple in New Hampshire?

It is important to note that you are not going to enjoy the same rights as a legally married couple if you are simply cohabiting with your partner. In other words, you will not be entitled to an equal share of property and assets in a divorce nor to any other perks that come with being married to another person.

If you used to live in a state that recognizes common law marriages and you now reside in New Hampshire, you will have rights upon divorce. After all, the state views your marriage as being legal and this is honored through the United States Constitution. This will allow you to enjoy the same rights to assets and property as other legally married couples in the state.

One way you can have rights as a cohabiting couple is to create them yourselves. In other words, you can draw up an agreement and sign a contract with your spouse. This can be used during a break up to ensure everything is fairly dealt with. If you do not know how to write a legally binding contract, an attorney is going to be able to help you with this.

Are There Any Benefits To Being a Cohabiting Couple?

Since you do not enjoy the same automatic rights as a legally married couple, you may question whether there are any benefits at all to this arrangement. Indeed, there are a few and this is why couples are choosing to cohabitate.

In particular, couples like the stress-free amount of freedom you can enjoy with an informal marriage. You can enjoy the same type of relationship as other spouses but without all of the legal constraints. Furthermore, you can still have your own property and assets and they are not going to be given to your spouse if you split up. You can avoid losing some of your estate, which is common in a divorce and can lead to a lot of unhappiness.

Is Child Support Possible From Cohabitation?

Unfortunately, relationships do not last forever and break-ups can become messy. When you are legally married in New Hampshire, the law can help you when it comes to child support and it can make the process easier. But this is not an advantage you can enjoy if you are choosing to simply cohabitate with your partner.

When you split up from a domestic partnership New Hampshire, it will be necessary to prove the paternity of the father in order to claim child support. If a couple is not married, it is not automatically assumed that the father is the biological parent. You must prove this before they will pay child support.

The same concept will apply when it comes to child custody. If a father wants to fight for custody of his child, he will first have to prove he is the biological father. This can be done through a voluntary agreement between partners. However, if the break-up was not amicable, this will have to be an issue brought before the courts. This can be an expensive and lengthy process because a couple is not legally married in New Hampshire.

Can a Partner Receive Alimony if They Were Not Legally Married?

Alimony can be an important part of a divorce and a partner can ensure they have the financial support they need after splitting from their husband or wife. The award of alimony can be something that is dealt with during the divorce process.

However, if you are choosing to cohabitate with your partner and not apply for a marriage license in New Hampshire, you are not going to receive alimony. This is due to the fact that you are not recognized as husband and wife by the state.

The only way to get around this problem if you only want to live with your partner is to write a contract yourself at the start of a relationship. This way, you can outline alimony and what you would both like to happen in the event of a break-up. If this happens, a court is going to be able to help you since you can bring a lawsuit against the person for not honoring the contract they signed.

Common law marriage is not a concept that exists in New Hampshire. Instead, if you want to get married, you have to apply for a marriage license. This is going to offer you more protection in the event you divorce. Let’s summarize what we have learned in this article:

At this point, you can evaluate your options and decide whether a legally binding marriage or a cohabitation is the best thing for you!