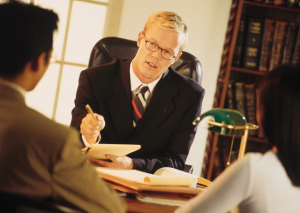 By definition, the legal concept of common-law marriage applies to a couple with the appearance of marriage but doesn’t go through an official formal process of a ceremonial wedding, nor has their union recorded by state or religious registry.

This article will shed light on common law marriages in general and how the State of Florida treats this concept.

Florida does not recognize any common law marriage established after January 1, 1968. In fact, in 1868, the state passed a law that makes it illegal for two people to live together without being married because it was “led and lascivious.”

Not only did the law consider it illegal, but it also considered it a felony punishable by up to 60 days of jail and a $500 fine. The state did not revoke this law until the year 2016. However, common-law marriages are still not allowed, and the law requires couples to have a marriage license to treat them like a legally married couple.

Contrary to popular belief, it takes more than just a couple to live together to have a common-law marriage. For the states mentioned above to recognize the marriage as valid under the common law, couples must meet certain requirements.

In addition to some conditions specific to each state, generally, the couple must prove that:

The Full Faith and Credit Clause of the U.S. Constitution requires all states to accept a common law marriage established in a state that recognizes these marriages.

This clause ensures that if couples are married under a common-law marriage in a state that considers it legal to do so, they can maintain their status if they move to a state that does not legally recognize common law marriage.

In other words, Florida couples who entered into a common-law marriage before 1968 will have their marriage recognized by other states if they move. 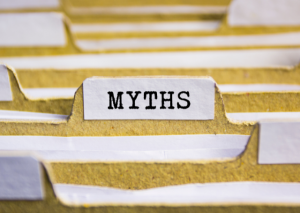 Like any other legal matter, common law marriage brings its misconceptions, advantages, and disadvantages. Let’s look at some below.

When it is legally recognized, common-law marriage is more beneficial for common-law spouses than unmarried or cohabitating couples.

Common-law divorce exists neither in Florida nor in any other state. The law demands that couples separate under official divorce law even if they were married under the common law. In a lot of cases, common-law marriage adds significant complexity and difficulty to the divorce proceeding.

If spouses are going through a common-law divorce, they should probably contact an experienced divorce attorney because several issues may arise, including:

A couple can choose to sign a cohabitation agreement to maintain both parties’ rights in the relationship since common-law marriage is not allowed in Florida.

A cohabitation agreement is a legally binding contract that a couple drafts and agrees on.

The Florida courts recognize these contracts to protect each party’s assets in the event of a breakup. Like prenuptial agreements, cohabitation agreements serve as an effective way to protect the couple’s assets.

Establishing a cohabitation agreement requires the couple to make sure that there are disclosures in the agreement that both parties sign in the presence of a notary.

Should a couple ever need to modify the agreement, both parties should agree to make the changes in writing. They can also draft a new document and disclose that the new cohabitation agreement renders the first null and void.

Since the child’s interest always comes first, parents’ marital status does not affect child custody and support cases. Married or not, both parents have a legal duty to support their children. 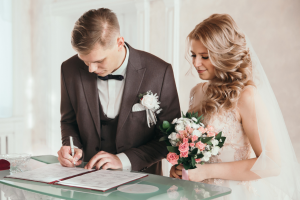 In conclusion, common law marriage in fl has not been legal since 1968. Today, only a handful of states still allow this kind of marriage due to the complexity it is causing when a couple is seeking a divorce.

However, the constitution requires all states to recognize common-law marriages legally established in other states that allow them.

Keep in mind that if you are a common-law couple, then you must get familiar with marriage laws in Florida. Try and find a trusted family law attorney with your best interest at heart.