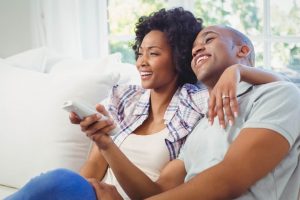 It is important to know that common law marriage West Virginia is not recognized as a legal union between two people. The state has its own regulations and laws when it comes to getting married and this is the only way a marriage will be valid.

Indeed, marriage laws in West Virginia can be complicated, so let’s take a closer look at what you need to know.

What Is a Common Law Marriage?

There are a growing number of couples that are choosing to live together but not have a wedding ceremony or obtain a marriage license. However, they would still describe themselves as being committed to each other in the same way as a married couple would. In this case, the partners can be thought of as entering into a common-law marriage.

Unfortunately, a common law marriage is not something that is legally recognized in every state, as the couple has not obtained a marriage license. There are only nine states across the country that will accept cohabitation as forming a marriage.

Are There Benefits to Cohabitation?

There are some people that do not want to get married in West Virginia. Indeed, there are advantages to cohabitating with your partner instead. For example, some people like how they are not legally tied to someone else. This means that if you break up in the future, you do not have to go through the lengthy divorce process.

If you are someone that owns property on your own, you may wish to cohabitate with someone else for security. In other words, if you decide to split up in the future, you do not have to share the assets that you have earned.

Alternatively, if you are someone that relies on your partner financially, you will have to be careful. You will need to think about whether cohabitation is the best option for your financial security. For instance, if you break up with your partner, you may be left without a home or money to support yourself.

If you are hoping to enjoy a common law marriage in the state of West Virginia, you may be left with some disappointment. The state does not legally recognize common law marriage, which means couples will not enjoy the same rights as married partners do.

For instance, child custody and support are not automatic and the equal division of property and assets is not something that will happen automatically either.

There are only going to be limited circumstances when West Virginia will recognize a common law marriage. Namely, this is going to occur when the union happened in another state and district, which recognizes common law marriages. The couple will also need to sign power of attorney papers.

How Do You Get Legally Married in West Virginia? 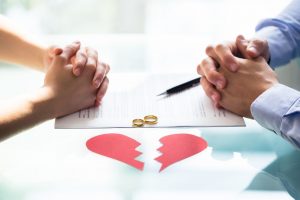 In order to enjoy a legal marriage in West Virginia, you will need to obtain a marriage license. In order to do so, both of the persons must be 18 years old or older. If you want to get married and you are 16 or 17, this is possible with consent from both sets of parents.

In order to receive a marriage license, you will have to show valid ID in West Virginia. While you will not have to undergo a blood test, you should attest that you are not related to your partner. This extends to your second cousins.

It is important that both parties to the marriage are present when obtaining a marriage license. A proxy marriage is not something that is recognized in West Virginia.

Do Unmarried Couples in West Virginia Have Any Rights?

When you are legally married in West Virginia, you are going to automatically have certain rights if you choose to later get a divorce. These rights stand in regards to property division, as well as child support. But, if you are a cohabiting couple, you are not going to enjoy the same rights.

There is nothing to stop you from cohabitating and not legally marrying your partner. But you have to be aware that if you break up, you are not going to have the same entitlements to property and you will have to establish paternity in order to receive child support.

The only way you can enjoy similar rights when you break up is to prepare for this in advance. Namely, you can create agreements and contracts that will be legally binding if you split up as a couple in the future. These agreements can detail what will happen to the house, cars and any other assets you both use during the relationship.

A court will help if you have an agreement with your partner. The court views this as a legally binding document and they can help with a civil lawsuit. Thus, if your partner decides that they will ignore the agreement they have signed, you can bring a lawsuit against them in court. As long as it has been legally created, you will be able to get the assets or property you agreed to.

Is Child Support Available to Unmarried Couples in West Virginia?

Child support can be very important for looking after kids when parents split up. It means they can receive all of the care they require. This means that a lot of couples that have an informal marriage in West Virginia want to know whether they are going to be entitled to child support.

This is not something that is as straightforward as it is for legally married couples. Instead, it will be essential to prove paternity first. This is going to enable child support to come into play. Since the couple is not recognized as being married, paternity is not assumed. So, it will be up to the couple to establish paternity through a petition to the court.

How is Child Custody Dealt With for Cohabitating Couples?

Getting married in West Virginia can make things a lot easier when it comes to divorce. In particular, it can mean that sorting out child custody is quicker and simple. On the contrary, there is going to be more work involved when it comes to a couple in an informal marriage. The spouse will have to establish paternity before dealing with child custody.

Will Common Law Marriage Divorce Proceedings Be Dealt With in West Virginia?

Again, West Virginia does not allow a couple to cohabitate and say they are legally married. But the state is willing to accept common law marriages that arise in other states. So, when it comes to divorce proceedings, the court may help with settlement. However, this can only happen under certain conditions.

A court is going to look at whether the parties cohabitated in another state and whether that jurisdiction accepts common law marriage. The court will want to know when that marriage was established. They will also examine whether the couple has signed power of attorney documents.

The West Virginia marriage laws make it clear that common law marriage is not recognized in the state. To ensure you know everything about this topic, let’s summarize what we have learned:

Now that you know everything about informal marriages in West Virginia, you can evaluate your options and decide whether to get legally married or simply establish a cohabitation!

How To Stop Child Support Payments in Indiana: A Hassle-Free Guide

What Happens If You Don’t Pay Child Support After Ending a Marriage?