Common law marriage in Texas, also known as “informal marriage,” is a legal way to get married in Texas. In other words, common law marriages allow couples to unite without going through the process of preparing for a marriage ceremony or obtaining a marriage license. 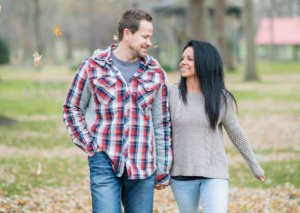 More and more couples are choosing to live together without marriage formalities, but how do you know exactly whether you just “moved in together” or can be considered “husband and wife.” In this article, we will discuss frequently asked questions regarding Texas laws on common law marriage.

Some Texans believe certain “myths” about common law rules in Texas. Here is everything you need to know about this misinformation.

Keep in mind that several years of living together does not mean that you and your other half are common law married.

Rather, to prove a common-law marriage, you must follow the below rules:

You must fulfill the above three conditions to enter a valid marriage, and you must have the full capacity to enter into the marriage. This means that you and your spouse must be at least 18 years old, not currently married, and unrelated.

When deciding if a common-law marriage exists between two parties, Texas courts closely review all the facts you present and decide according to each case. Don’t be surprised when a judge decides to file summary judgment motions, as this is common in common-law marriage cases.

How you can prove your common-law union depends on each case. The cohabitation requirement is straightforward. However, meeting the other two requirements can be challenging.

According to Texas case law, to meet the “agreement of marriage” requirement, you must provide valid evidence to prove your intent to have a solid marital relationship. It is important to note that a simple agreement to get married in the future is not enough.

This means that an engagement ring won’t guarantee that you’ll become a common-law spouse.

The last requirement to announce or “hold out” to others as a married couple simply means that you and your spouse must act and represent yourself to others as husband and wife.

According to Texas case law, this requirement is necessary to avoid any “secret” common-law marriages. Spoken words can undoubtedly fulfill this requirement; however, the court will still examine your actions and conduct.

Holding out to others as a married couple also means:

In most cases, the evidence that supports the “holding out” requirement also supports the mutual agreement of marriage.

– There is no such thing as “common-law divorce.”

If you’re looking to avoid the divorce process, then common-law marriage is not for you. In fact, the law treats common law marriage in tx similar to ceremonial marriage. This means that there is no such thing as common-law divorce, and you must terminate your marriage through a standard divorce lawsuit or annulment or when your spouse dies.

In other words, your common-law union will not magically disappear if you decide to physically separate.

Common-law marriages can be tricky, and the divorce process is certainly something to consult with a skilled lawyer. We will discuss more details later in this article.

When Does It Become Important To Prove a Common Law Marriage?

You need to prove the existence of your common-law marriage when your relationship is ending, and you need to determine your inheritance rights. 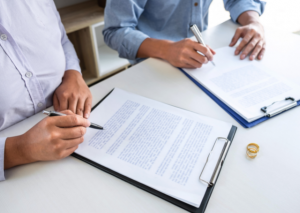 The court will also divide all debts accumulated during a common-law marriage between you and your spouse.

If you fail to prove your common-law marriage, the court won’t divide any debts or marital property. Thus, as a single person, you or your partner will have the right to keep your personal properties to yourselves and remain responsible for your own debts.

In short, proving your common-law union will affect the process of splitting liabilities and properties when you decide to split (or get a divorce).

A common-law spouse is entitled to inherit from the other spouse (decedent) if they died without a will (intestate death). If you can prove that you were married at common law with the decedent, then you might be able to legally claim a share of your spouse’s properties or estates.

How Exactly Do You Prove That You Agreed To Be Married?

Common law in Texas does not depend on one particular fact or requirement.

In addition to what is already mentioned above, the court can conclude a marriage agreement as a result of the following:

Introducing your significant other as your spouse only once might not be enough to establish a common-law marriage. However, it might be sufficient if you provide other evidence proving that you acted like a married couple, making others think that you were actually married.

For How Long Will You Have To Prove Common-Law Union After Separation?

If you and your spouse remain separated for over two years and have not taken any steps to file for divorce, the law will consider that you never had the intention of getting married.

To add, it will make it much harder for you to prove the existence of your common-law marriage if you wait for more than two years after separation and do not take any action.

Question #1: When is a couple considered “living together” as a common-law couple?

Living under one roof doesn’t necessarily mean that you are married under common-law. Thus, you need to have more than just sexual relations under one roof.

According to Texas Family Code, a couple needs to live together as husband and wife and maintain the household as any regular married couple would do. The court doesn’t take into consideration any specific number of years as proof of cohabitation.

Question #2: How does a Texas court end a common-law union? 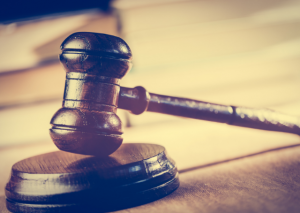 As already discussed, common-law marriage has the same legal status and is equal to any formal marriage. Therefore, if you are a common-law couple wishing to split, you must go through a formal divorce. One difference is that you will have to prove to the court your common-law union, and the person who initiates a divorce will be the one to do that.

Question #3: What are the grounds for divorce in Texas common law marriage?

Question #4: Can same-sex couples be married by common law in Texas?

It is important to note that if one party remains married to someone else, they cannot be informally married to anyone else until they end their prior marriage (regardless of their behavior or intention).

Not all states recognize informal marriages like Texas. Thus, getting married in some states means having a marriage ceremony and going through a licensing procedure. If you are considering moving to another state and are married by common-law in your current state, then it is best to consult with a family law attorney residing in the state you are interested in.

Question #6: Does having children together mean that you are informally married?

The answer is no. You must satisfy the main three common-law marriage requirements listed above to become informally married. Otherwise, you will not be considered as husband and wife even if you have children together.

Question #7: Can you register a common-law marriage?

The state of Texas allows registration of your common-law union through filing a “Declaration of Informal Marriage” at your county clerk. You may fill out the form in advance, but you will be required to sign it under oath at your clerk’s office.

There is a minor difference between an informal marriage and a traditional marriage in the state of Texas. Therefore, if you decide to separate with your spouse, the court will handle child custody the same as in any traditional divorce process.

– Both Parties Have the Right to Child Custody

Both parents have equal rights to custody and visitation if they “held out” to others as a married couple and were living together when their children were born and raised. They will also have to go through establishing a child custody agreement just like any legally married couple who wishes to get a divorce.

The court’s primary concern is the child’s well-being; thus, the child’s best interests are the main priority in any child custody agreement. Therefore, one parent will get primary custody if they can prove to the court their ability to provide the child a better and stable living situation. The noncustodial parent will still have the right to visitation or partial custody unless the court decides that they pose a threat to the child’s wellbeing.

Couples tend to think that since they are not legally married, then it is not important to establish an official custody agreement for their children. This is a huge mistake, and it might cause you problems in the future when your spouse decides to split and prevents you from seeing your children.

It is best to proceed with your divorce at a Texas family court and create an official child custody agreement to secure your parental rights and act in your child’s best interests. Hiring a skilled family attorney will help you effectively negotiate a custody arrangement that will grant both parents their rights. Such legal arrangements will also secure child support (if applicable), just like in any divorce case.

In other words, child custody agreements give you the right to legally challenge and question any decision that your ex-partner makes when they have custody. Thus, failing to establish such an agreement will make it difficult for you to take any legal action against the other parent when the need arises.

Common-law marriages can be tricky, and it is best to consult with an experienced family lawyer that you can trust. You might also need professional advice if you’re married by common law in your state and decide to move to another state that does not support informal marriages.

Common Law Marriage in Georgia: Is it Allowed and Recognized?