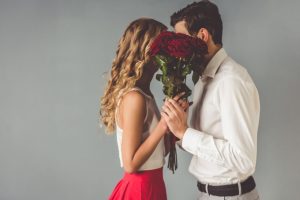 Common law marriage Rhode Island spouses may be recognized as husband and wife even without a marriage license or wedding ceremony. Yet, there are various factors that should be met for this type of marriage to be valid.

In this article, we’ll look at the establishment of common law marriage in Rhode Island. We’ll also highlight the rights and obligations of the parties in this type of marriage.

The conventional way of getting married in Rhode Island is by applying for a marriage license. Both parties must sign the license in the presence of a town or city clerk or their assistants. By doing this, they attest to the truth of the information contained in the license. Besides applying for and signing the marriage license, other general marriage requirements in Rhode Island include:

What parties may be witnesses at the ceremony where partners are getting married in Rhode Island? Normally, an officiant solemnizes the marriage in the presence of at least two witnesses who have attained the age of majority (18 years). In the state, various officials can join parties in marriage, including an ordained clergy, judicial officer, judge, or a justice of the peace.

Partners who choose to forgo the legalities of ceremonial marriage may still enjoy some benefits by entering into a common law marriage. By getting married through common law in Rhode Island, the state considers you legally married even without a marriage license. But do common law spouses enjoy the same benefits of marriage as other spouses?

Common law couples in Rhode Island certainly enjoy some benefits as married couples, most of these being financial. Some of these benefits include:

A common law spouse can inherit their spouse’s property in the presence of a valid will that names them as the heir. In the absence of a will, their children and other family members may assume the inheritance rights. As such, the surviving common law spouse may be left with nothing.

A court will divide property in a way it deems fair and equitable for each common law spouse. In doing this, it takes into consideration various factors including:

Upon divorce, some property is exempt from division. Such include:

In Rhode Island, common law spouses and traditionally married spouses are held to the same standards. If your relationship ends, you can’t just walk away only because you don’t have a marriage license. The only way to legally part ways is through a divorce. During this process, you will be subject to Rhode Island divorce laws, including those governing alimony.

If you can demonstrate your need for spousal support and the ability of your soon-to-be-ex to pay, the court will decide the type and duration of alimony. Some standard considerations that a judge will make when calculating alimony include: 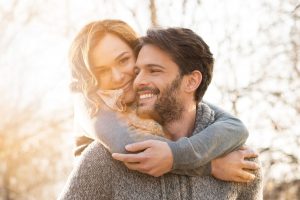 When getting a divorce, you may have concerns about how you will cope financially during the process. In that case, you can request temporary alimony from your spouse through a family court. The court will assess your case and decide whether alimony is fitting. If it is, you’ll continue to receive temporary alimony until the judge finalizes the divorce.

If you need spousal support after divorce, the judge may award either short-term (rehabilitative) or permanent alimony. In Rhode Island, courts will mostly award rehabilitative support to spouses who need alimony after divorce. Alimony is considered a rehabilitative tool meant to provide temporary support until the receiving spouse is self-sufficient.

One factor that could help validate a common law marriage in Rhode Island is having children and bringing them up together. When common law spouses divorce, a judge will issue an order designating legal and physical custody. Yet, the spouses can reach custody agreements through mediation or on their own.

A judge reviews any custody agreement to make sure it serves the best interests of a child. Common law spouses who can’t agree on child custody matters will have to go to court for a hearing or trial. After that, the judge will determine child custody.

A judge will review the following factors when deciding child custody:

Like child custody, child support is another issue that comes up during a divorce. In Rhode Island, common law spouses who have children together and wish to divorce have to address child support matters. In most cases, the noncustodial parent — the one who spends less than half the time with a child — pays for child support.

The amount of child support due is determined by the child’s needs and the parent’s financial ability. Typically, the state has a set of guidelines to establish a minimum support amount. Additionally, parents must also cover the child’s medical expenses and health insurance.

Calculation of child custody mainly depends on the monthly gross income of both spouses. However, The Rhode Island Department of Social Services issues a child support Guideline Worksheet for estimating a fair share of child support.

While Rhode Island recognizes common law marriage, most people living as husband and wife find it sensible to plan ahead to avoid future conflicts. Some of the aspects a prenup (or “postnup”) can help address in common law marriage include:

While prenups (or cohabitation agreements) are vital documents for common law spouses in Rhode Island, there are issues that a prenup can’t affect. These include spousal duties during marriage and child custody, parenting time, and matters of child support.

Maintaining a Relationship Without Getting Married

Although Rhode Island recognizes common law marriage, partners in a romantic relationship may wish to remain unmarried. Such couples may request the state to recognize them as a family for certain purposes. One way to recognize such relationships is by entering into a domestic partnership.

Formerly, civil unions in the state were a way of recognizing same-sex marriages. Today, the state recognizes a civil union as a valid marriage. Same-sex couples who were formerly in civil unions can now enjoy the rights, protections, benefits, and responsibilities accorded to traditionally married couples. To enter into a civil union, partners had to fulfill the Rhode Island marriage laws.

As of August 1, 2013, same-sex marriage became legal in Rhode Island. With that, the state no longer recognizes civil unions.

Here are some of the common misconceptions about common law marriage in Rhode Island:

Often, people think that cohabiting with your partner will automatically qualify you as common law spouses. Couples that wish to be recognized as husband and wife under common law have to prove that they meet the state requirements for common law marriage.

– Inheritance of the Spouse’s Property

Also, common law spouses don’t have express inheritance rights. Being in a common law marriage doesn’t automatically make you the heir of your partner’s estate upon death. Common law spouses who intend that their partners inherit their property once they pass on must express it in a will.

Contrary to common belief, property acquired by common law spouses will not always be split in half in the event of separation. Rhode Island isn’t a community property state, so property division follows the equitable division law. That means that a court will divide property in a way it deems fair to both partners.

If common law spouses wish to end their relationship, they can’t just walk away and consider themselves divorced. As such, “common law divorce” doesn’t exist. The only way to legally terminate a common law marriage is by getting a legal divorce.

Rhode Island is among a handful of jurisdictions that still recognize common law marriage. Yet, informal marriages remain a gray area as there’s no clearer proof of marriage as the issuance of a marriage license. Through recent decisions, it is clear that Rhode Island courts don’t like the practice and would rather have it abolished.

In a 2018 case (Luis vs Gaugler), a court granted the petitioner her right to a legal divorce. In its evaluation, the court determined that the two were in a common law marriage. However, the respondent appealed the lower court’s decision, which the Rhode Island Supreme Court reversed. Besides overturning the decision, the Court asked the Rhode Island Legislature to revoke the practice. 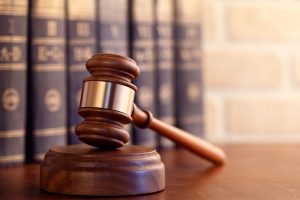 In this comprehensive article, we’ve discussed in detail the various aspects of common law marriage in Rhode Island. The following points encapsulate the discussion:

Common Law Marriage Rhode Island: Everything You Need To Know

Bill of Review Texas: How Does It Apply in Cases?

Prove Up Hearing: What Is It and What Does It Entail?

How Much Is a Divorce in Michigan: Calculating Expenses and Costs