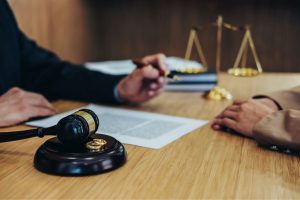 A fact about common law marriage Connecticut residents may already know is that it isn’t recognized in their state. Yet, the state may still recognize these marriages in some special cases.

We put together this piece to shed more light on common law marriage under Connecticut law and cohabitation agreements in the state.

Common law marriage is a relationship involving two individuals who live together, agree that they’re married, and present themselves as a married couple. Still, there are legal requirements for common law marriage. The parties entering a common law marriage must have the legal right to marry. What’s more, they must intend to be married.

The amount of time for which parties must live together to be considered common-law married varies by state. These marriages usually don’t follow legal formalities, like a marriage license.

While the elements of common law marriage may vary from state to state, the primary elements include:

A Common law spouse can present their partner to the public officially by:

No. Connecticut has never and doesn’t recognize common law marriage. As such, the state doesn’t accord any legal rights or consequences to unmarried couples who cohabitate in a long-term relationship. Such rights could be alimony and property division rights. A common myth is that an unmarried couple can become common-law married if they cohabitate for long enough. 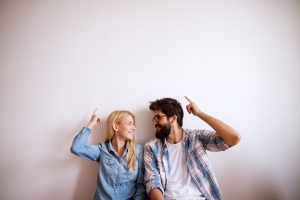 Connecticut family law addresses, among many issues, eligibility for marriage. To enter into a marriage in the state, both parties must have attained the age of majority (18 years). Minors aged 16 and 17 can also enter into a marriage with a written consent from the parent and approval of the Probate court. The court may approve a minor’s marriage if it establishes the following:

Furthermore, the common law spouses should:

In Connecticut, unmarried couples living together don’t enjoy the same rights as married persons. Particularly, these parties may not enjoy rights to property acquired during their relationship. This is the case as marital property laws don’t apply to unmarried couples, even in lengthy relationships.

Cohabitation is defined as the act of two people dwelling together and conducting themselves as a married couple. Cohabiting partners may have a hard time dividing jointly owned property when their relationship ends. Also, there is no obligation of alimony attached to a cohabiting couple, unless this is expressed in an legally binding agreement.

So, can unmarried couples establish rights as married spouses? Yes, and this is where cohabitation agreements come in. Many long-term partners appreciate the need to commit to a financial agreement in case their relationship ends. With a cohabitation agreement, property division upon breaking up becomes simpler.

– Legality of a Cohabitation Agreement

A cohabitation agreement is a legal document that helps protect individuals’ rights as couples. It also helps safeguard their assets and interests. Some ways in which unmarried couples can create a cohabitation or non-marital agreement include:

– Elements of an Effective Cohabitation Agreement

Other Useful Documents for Cohabitating Partners

In addition to — or in place of — a cohabitation agreement, partners may choose to create durable powers of attorney and wills. These documents can help fulfill a person’s wishes in the event of incapacitation or death. Wills are particularly important as they direct the distribution of one’s property upon death.

Further, a will helps prevent intestate succession. Under the laws of intestate succession in Connecticut, an unmarried partner isn’t entitled to any property upon the death of their partner. However, this can be prevented by having a cohabitation agreement or will.

Durable powers of attorney are also vital for unmarried partners in Connecticut. They act as permission slips, giving another person the authority to act on your behalf in case of incapacitation. Without a power of attorney, unmarried partners typically have no power to make decisions on financial and health matters.

There’s no such thing as common law marriage in Connecticut. If you want to enjoy the same rights as married spouses, there are options you can explore. Cohabitation agreements, wills, and powers of attorney can grant unmarried partners rights and obligation in case of death or split-up.