You might sometimes hear couples refer to their live-in boyfriend as a common-law husband or wife. However, living together doesn’t necessarily mean that you’re married by common law. The law does not determine common-law marriage based on the period of cohabitation, even though the latter is a relevant factor. 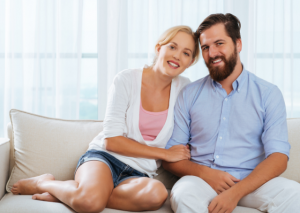 Likewise, it is not enough to cohabitate with your partner and not intend on getting married. For example, a couple could be living together for 20 years, yet legally considered romantically involved but not married.

During those times and according to the case of “Lucero,” the couple must satisfy the following three factors to be legally considered married by common law:

In addition to what was mentioned above, the court set out other factors to help determine whether a common-law union exists between parties, including the following:

Societal norms and habits have changed enormously in the past 34 years since Lucero’s decision. Thus, the Colorado Supreme Court revised its standard requirements for a common-law marriage license and found them “somehow” outdated.

The court explained its position by stating that it faced several disputable or fake common-law marriage claims. It also considers that old common law marriage requirements in Colorado are no longer exclusive to a marital relationship and do not suit same-sex couples.

All of the requirements outlined in the case of “Lucero” are still considered essential to determine whether a couple has a genuine intention to get married. However, these factors alone are not sufficient and the most critical requirements.

In other words, to assess whether a couple intends to get married and share a life together with all its commitment, the court must give extra importance to the evidence that a couple provides.

Thus, the court set out new requirements and relevant considerations to be able to determine a common-law marriage in Colorado:

Again, remember that this list of factors is not limited but just an exhaustive list of examples that might prove the intent of each party to get married. To clarify, the court will make its decision based on each case.

– What Are the Statutory Requirements for a Common-Law Marriage?

Common-law marriage was a historical creation of English courts during pre-Colonial days. Thus, the Colorado assembly has left it to the judiciary to define and enforce a common-law union.

According to “Title 14. Domestic Matters § 14-2-109.5”, the only Colorado common law marriage statute is the following (beyond the requirements that the courts impose):

Ceremonial Marriage After a Common-Law Marriage 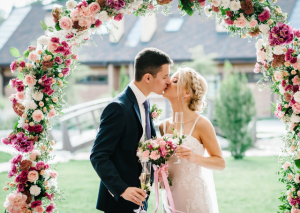 If you are married by common law and seeking a ceremony to celebrate your union, then you’re probably wondering if it will affect your common-law status. The answer is probably not, although many will ask why do you need to get married again if you’re already legally considered a husband and wife.

During a case in the 19th century, the trial court ignored a couple’s evidence of a common-law marriage since the woman accepted her partner’s proposal to get married ceremonially.

However, the Colorado Supreme Court states that couples can be married by common law even if one of them seeks a ceremony. The reasons behind it are obvious: who doesn’t want to celebrate such an important event?

Do You Need an Affidavit of Common-Law Marriage in Colorado?

The court does not require you to sign an affidavit of common-law marriage in Colorado. However, to reduce fraud, some educational institutions or private sectors will require valid proof of your common-law union, either by filling out an affidavit (i.e., swearing that you are married) or showing joint tax returns.

An affidavit is not enough to prove your common-law marriage. To add, the courts consider it just a piece of evidence to determine a couple’s relationship status. Some people may sign an affidavit for ulterior motives, including obtaining medical care.

Colorado Common-Law Union in Other States

Luckily, Colorado common-law marriage is recognized in other states. The U.S. Constitution requires other states to give “full faith & credit” to other states’ laws. Thus, you will be recognized by the federal government as a common-law couple even in states that do not recognize this type of marriage.

Keep in mind that you will face difficulties when trying to dissolve your marriage or get a legal separation if you decide to move to one of those states. For example, if your common-law spouse denies a marriage, then the case will be in their favor if the lawyers or the judge himself never heard of a common-law marriage case.

Thus, having a Colorado attorney assist you in your case behind the scenes is your best option to preserve your marital rights.

Luckily in Colorado, same-sex common-law marriage is possible. To add, as of January 2021, the Supreme Court of Colorada legalized common same-sex marriages for couples who wanted to apply this fundamental right before 2015. So if you and your partner lived together since 2003, you could now claim your common-law union even if your relationship began before 2015.

Consider seeking the help of an experienced family law attorney if you and your same-sex partner are wondering about the status of your relationship or trying to get a common-law divorce. 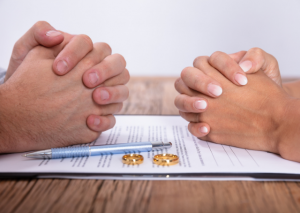 There is nothing known as a “common-law divorce,” even in states that recognize common-law marriages. In fact, marriage laws in Colorado treat those married traditionally or by common-law equally. Thus, you will need to follow the same steps that a couple with a marriage certificate would need to get a divorce.

When a couple files for a divorce from a common-law union, the court will first determine whether a common-law union existed through examining the common-law requirements mentioned above. Keep in mind that evidence is crucial if you’re trying to dispute the existence of a marital relationship and preserve your marital rights.

Once the court recognizes common-law marriage, both parties will have to go through the traditional divorce process. In addition, the court will have to address several matters, including visitation, child custody, child support, debt division, property division, spousal support, and other issues.

The court will make its decisions based on the child’s best interests. However, it will also examine many factors such as a child’s relationship with both of his parents, the child’s mental and physical health, and the parents’ parenting abilities.

The parties can reach an agreement regarding custody and visitation and without the interference of the judge. However, whatever you decide, you must fill out a document known as the parenting plan, which clearly outlines all visitation and custody matters.

As its name indicates, “child support” is the support of a child financially by one or both parents. The court defines child support based on the combined incomes of both parents and the child’s mandatory expenses, including medical and educational costs. Child support is a long-term obligation that lasts until the child becomes an adult or turns 19.

Marital assets and properties are divided between both parties during a divorce. To clarify, marital assets include shared bank accounts, family homes, marital properties, and other high-value things.

In addition, marital property consists of anything received after the marriage date. Individual properties, for example, something a spouse inherited from a relative before establishing a common-law union, stays with the receiving party.

The court divides assets and debts equitably and fairly, taking into account the time of divorce and the financial situation of both spouses. Parties might also reach a mutual agreement regarding this matter and without the interference of a judge.

Cohabitation and Alimony in Colorado

Alimony is a specific amount that one spouse has to pay the other as part of a divorce order. The court won’t award alimony in every divorce, but it can be permanent or temporary if it does. For example, the spouse pays “temporary alimony” when the divorce case is pending and “permanent maintenance” if the divorce case is final.

Remember that sometimes permanent alimony isn’t necessarily permanent; this means that the judge can modify alimony when there’s a significant change in circumstances (i.e., a significant increase in the receiving spouse’s income or a decrease in their financial needs).

The most frequently asked question among Colorado couples is whether the court terminates alimony once a spouse starts living with someone else after divorce. Unlike other states, in Colorado, alimony doesn’t end when the receiving spouse enters a romantic relationship and starts cohabitation with their new partner. Thus, cohabitation is not a sufficient factor to modify or even terminate alimony.

If you’re the paying spouse and wish to do so, you need to seek help from an experienced attorney. Generally and in similar cases, you will need to show the following:

The receiving spouse’s expenses are significantly reduced after cohabitation.
Cohabitation duration can be considered a common-law marriage.

Like any other legal matter, common law marriage brings its misconceptions, advantages, and disadvantages.

Let’s look at some below. 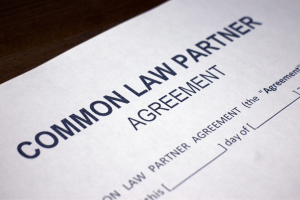 Colorado is one of the states that recognize common-law marriage. Over the years, the Colorado Supreme Court revised its common-law requirements to minimize the number of fraudulent marriages.

Here is some crucial information to keep in mind:

There is no such thing as common-law divorce in Colorado or any other state. A common-law couple seeking legal separation will have to go through the same steps as a traditionally married couple.

A divorce for common-law couples is a bit complex since they will have first to prove the existence of their common-law union. Thus, seeking the help of an experienced family attorney is the best option.