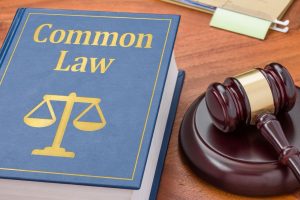 It is important to realize that common law marriage Wyoming is not officially recognized. To be legally married in the state, you will have to follow the regulations and get a marriage license. But, we know, this topic can be complicated. So read on and find out all there is to know about common law marriage in this state!

What is a Common Law Marriage?

It is becoming popular for couples in the United States to enter into common-law marriages. This is when you are in a relationship with someone, which includes living together and even having children.

Essentially, a couple that is in a common-law marriage has never had a wedding nor applied for a marriage license in Wyoming. However, the two people live together and act just like any other married couple.

You can also hear common law marriage be referred to as an informal marriage, sui juris marriage, or even marriage by habit and repute.

Wyoming is not among the states that recognize common-law marriage between two people. Even if you live together or you class yourself as being married, this is not going to make a difference. Legally, in Wyoming, you will not be considered a married couple.

Common-law marriage was abolished in the state in 1943. Therefore, common law in Wyoming does not allow people to define themselves as legally married for the sole fact that they live together.

The only way that common law marriage will be recognized in Wyoming is if you are from another state. If that state recognizes you as being married and your relationship qualifies as a common-law marriage, Wyoming will honor this if you move there.

Here are some examples of states that allow common law marriage, whose legality is recognized by Wyoming:

Will You Be Married If You Have Lived Together for Years?

Unluckily for long-term cohabiting couples, in Wyoming, there are going to be no circumstances under which a common law marriage can exist. Thus, you could have been living with someone for 20 years but still, you are not going to be legally married in the state.

In other states that recognize common law marriage, there can be conditions that mean you have to live together for a certain number of years. If you qualify and meet the requirements while living in said state, this marriage will then be recognized if you move to Wyoming.

Do Unmarried Couples have Rights in Wyoming?

In particular, the rights will be different when it comes to any property that has been bought during the relationship. While said property would be split for legally married couples in the state, the same laws do not apply if you are only cohabiting.

The law is indeed unclear when it comes to the division of property if the couple are not married. If there is an agreement or contract already formed, this might be where you look for an answer. But, there are going to be no automatic rights to any property if you are only married under the common law.

Can You Receive Spousal Support From an Informal Marriage? 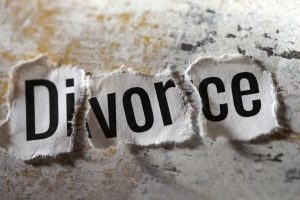 As a matter of fact, spousal support is only going to be available if there is a legal separation in Wyoming. That is why it is recommended that you think about your relationship with your partner. If you opt for a common-law marriage it is going to be impossible, if you separate, to obtain any financial support. Unfortunately, you are not going to have access to the same rights and support that a legally married spouse has.

What Are the Marriage Laws in Wyoming?

For your marriage to be legal in the state of Wyoming, you need to ensure that you follow the relevant rules and laws on marriage. The Wyoming marriage laws are quite simple compared to other states’.

In order to be legally married, you will have to make an application for a marriage license. To do so, both people must be at least 18 years old. If you are between 16 and 18 years old, you will need to receive consent from both sets of parents.

A range of information must be included in the application. This includes your and your spouse-to-be’s social security number, date of birth, residence address and photo ID. In this jurisdiction, identification can be provided by passports, a permanent resident card or driver’s license,

You can apply for a marriage license in Wyoming without being a resident of the state. The license is going to be valid all over the United States and you can apply to the local county clerk’s office for getting married in Wyoming.

Can a Couple Create Rights for Their Informal Marriage?

There are many reasons why people do not want to get legally married in Wyoming. However, they may still enjoy cohabitation and live just as if they were married. As has been established, there are no automatic rights for couples that are not legally married in the state. But this does not mean that you cannot establish those rights!

There are ways around Wyoming’s legislation if you are prepared to consider the possibility of separation in the future. For example, you can create a legally binding contract. This document can outline your needs, wishes and desires in the event that you break up and separate as a couple.

Signing a contract will mean that you will be able to freely discuss the rights you are going to have upon separation. For example, you could claim a part of the marital property or anything that has been acquired during your relationship. It could also include spousal support for the financially weaker cohabitant.

A contract that is agreed upon and signed by both parties will be legally binding. You will both consent to enter into the contract, meaning that it is going to be legally enforceable should this become necessary. You will be able to get an attorney and take the other person to court if they do not follow the contract they agreed to.

Are There Advantages to Not Getting Married in Wyoming?

For some couples, there is a preference to not have a wedding and not to get legally married in Wyoming. In particular, they like the freedom that comes with not entering into a civil contract.

For example, you are going to be able to walk away from a relationship if you feel that it is not working out. Furthermore, informal marriages may suit people who own a lot of property and do not want to share it with their spouse — which would almost inevitably happen in a divorce.

However, you do have to consider the consequences of entering into a common-law marriage. For partners that rely on their spouse financially, it can be a very difficult time if you separate. You could be left with no money or home to live in. In short, a legal marriage provides increased stability, whereas an informal marriage is ideal if you favor your freedom.

As stated throughout the article, common law marriage is not recognized in the state of Wyoming. Let’s take a minute to summarize everything we have learned:

Nobody wants to think about having marital disputes or even divorcing their significant other. But if you are cohabiting and not married in Wyoming, this is something that you should think about before deciding whether to get legally married in the state or continue your cohabitation.

Divorcing a Gaslighter: The Tips To Leave Your Abusive Husband

Informal Separation: Saving Your Marriage or Slowing the Inevitable?