Common law marriage in Illinois is illegal; however, there are still ways to secure your rights as a common-law couple in the state. Some people choose willingly not to “tie the knot” for religious, pragmatic, or personal reasons.

Instead, they decide to cohabitate together as husband and wife. If you are one of those couples looking to move to Illinois, you are probably wondering how the state will treat your common-law union.

After reading this article, you will have a complete understanding of the following: common law marriage, cohabitation law, property rights, alimony, and other crucial information about common law in Illinois.

Every state has its requirements when it comes to validating before validating such marriages.

However, there are two mandatory and standard requirements:

Common-law marriage in the state of Illinois is illegal. However, the Full Faith and Credit Clause requires all states to recognize common-law marriages if a legal dispute happens. Hence, Illinois common law will recognize your union to process a divorce proceeding effectively.

Is There Common Law Divorce in Illinois?

There are no common law divorces in the United States. However, common-law couples are required to divorce under the same divorce law as regular spouses.

The only other way to get out of a common-law marriage is when one partner passes away.

For your marriage to be recognized, your must follow Illinois common law marriage requirements (even though it is illegal in the state):

If one of the common-law spouses can establish these propositions, an Illinois court will declare the couple legally divorced, establish spousal maintenance, and divide their marital assets.

What Is the Dissolution of Marriage in Illinois?

The dissolution of marriage or uncontested divorce means that both parties agree on the key terms of the divorce, including:

Couples can reach an agreement on their own or with the help of a mediator. Both parties should sign the dissolution agreement after resolving all issues. In case a couple cannot reach an agreement in all areas, they will have to litigate those issues before a judge at trial. 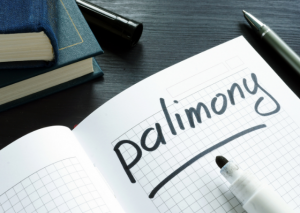 From a legal perspective, the only way two partners get the rights of a married couple is by actually getting a marriage license. Illinois courts do not offer automatic legal protection for cohabiting couples after they split up, even if they have lived together for many years.

In 1979, the Supreme Court of Illinois ruled that an unmarried person does not have any rights to their domestic partner’s property after a breakup. The aim behind this decision is to discourage cohabitation and maintain the strength of the marriage institution.

Times have changed, and cohabitation has become more popular. However, the Supreme Court of Illinois upheld the previous decision when it had the chance to address the matter again in 2016.

Hence, each cohabitant takes what they brought into the relationship. Any property acquired during the relationship in co-ownership is treated like any jointly owned property by any two people. One of the parties can sue and have the property sold and the proceeds divided.

Similarly, courts do not offer palimony in Illinois or spousal support that a partner pays to another in a dissolved unmarried relationship. Thus, traditional marriage remains the safest way for a couple to guarantee their rights in child custody, child support, property, and finances.

Despite what was mentioned, some couples still prefer to live establishing a Cohabitation Agreement with the help of an attorney and under cohabitation laws in Illinois. This agreement is a legally binding contract between consenting adults that establishes how they want to divide their finances and properties.

These agreements have limitations but are a perfect option since Illinois common law marriage is illegal. For example, a couple cannot legally determine child custody or support through them; however, they offer a level of protection for couples who cohabitate long term.

Like any other legal matter, common law marriage brings its misconceptions, including the following:

The Illinois Religious Freedom Protection and Civil Union Act passed in 2011 allows homosexual and heterosexual couples to enter a civil union. Under that arrangement, couples are entitled to all the same protections, rights, and obligations that Illinois provides to heterosexual couples.

Couples can enter a civil union after obtaining a license and registering their union. In marriage dissolution, the court applies all the current rules and procedures to partners in a civil union.

It’s clear that, unlike civil union, common law marriage is illegal in Illinois. However, the state will recognize common law marriages if established in another state. Hence, if the employer offers spousal coverage, they will have to provide it to a common married spouse.

Moreover, under the common law marriage, children have a presumption of legitimacy and would also be eligible for health coverage. Since common-law marriages can be hard to prove, some employers might require an affidavit signed by the employee to recognize the union before enrolling a spouse on the health plan.

In addition, the employers may request another kind of evidence such as joint tax returns, checking accounts, mortgage, or lease, and other requirements are specified under the state laws. 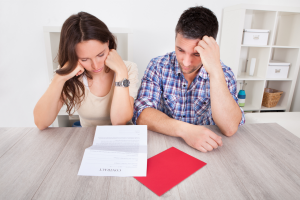 In today’s world, common-law marriages are becoming less prevalent, and only a few states are still recognizing them. The position of the state of Illinois regarding common law marriages is clear.

In other words, Illinois will recognize common law marriages from other states to solve legal proceedings. While other states offer common-law spouses the same rights as regular spouses, Illinois does not.

However, children have a presumption of legitimacy. Thus, the court can and will rule in favor of the children regarding visitation hours and child support.

The safest way for a couple to guarantee their rights in Illinois is through signing the Cohabitation Agreement. By doing this, they will be able to establish the division of their finances and properties under the state’s jurisdiction.

What Is Pendente Lite Relief and What Can You Expect From It?

Father Rights Florida: How Custody Is Possible if You Are Unmarried

How To Avoid Discovery in Divorce: A Complete Guide