One thing to keep in mind is that several couples try to achieve Common law marriage in New York, but most fail. 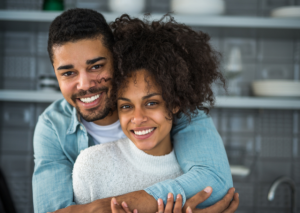 Common law marriage in the United States has existed since the year 1877. To this day, only a handful of states provide common-law marriages.

Common-law marriage is a concept through which a couple living together for a certain amount of time is considered married according to their family, friends, and community.

To add, being married by common law does not mean that you have to go through a formal wedding ceremony or receive a marriage license. A valid common law marriage usually confers the advantages and obligations of a legal marriage.

Most states set standard requirements for common law marriages, which are:

New York is one of the states that does not recognize common law marriage.

Unlike a few other states, the New York state does not allow you to receive marital rights and responsibilities by simply living together with your partner for a specific period. If such a relationship is established in New York, then the common law in New York states that you need no legal action to end it.

Following Obergefell vs. Hodges in 2015, New York recognized a Domestic Partnership as a lawful union. Through this decision, the United States Supreme Court allowed greater rights and benefits for those legally married than those registered as domestic partners.

Some states process common law marriage through their statutes, while others through court decisions. The nine states that still offer common-law marriages are the following: Iowa, Colorado, Montana, Kansas, Oklahoma, Texas, Rhode Island, and the District of Columbia. 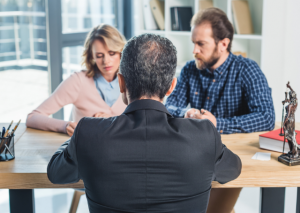 To clarify, let’s suppose that you decided to move and settle in New York after living in one of the states mentioned above or Pennsylvania. You and your spouse were married by common law and seek validation in New York to preserve your rights. Thus, you should consult an attorney to receive validation for your marriage according to the marriage laws in New York.

Keep in mind that you can get married by common law even if you don’t have the right or ability to get married to anyone while living with your other half.

Two cases of which could be:

Initially, you could not marry as soon as you moved in with your partner; however, following either a divorce or death of a spouse, you gain that capacity back. As soon as your common law marriage is established, it is just as legal and irrevocable as any other valid marriage.

Your common-law marriage lasts until one partner dies or you are granted a divorce. You will have to prove your marriage in the case where your spouse dies before you both lawfully establish a common law marriage, to be able to inherit, earn insurance benefits, and obtain pension and Social Security Survivor’s benefits.

The most solid evidence partners can show to prove their intention of marriage is a written agreement between them. However, only a judge can confirm whether a common law marriage exists.

Several factors that the court usually looks into and takes into consideration before determining whether or not you are in a common marriage are the following:

The courts usually apply the regulations of common law marriage when a partner dies without having written a will and the other partner claims that they shared a common-law marriage.

This usually happens when a spouse tries to inherit properties under intestate succession laws. In such cases, the court rules following the law that provides a share of the property to the spouse; nonetheless, it may not acknowledge an unmarried partner.

Suppose you and your partner live in a state that does so. In that case, the effectiveness and legitimacy of the marriage will depend on how you and your partner view your relationship and how you act accordingly. An imperative element that helps determine the presence of a common-law marriage is the couple’s intent to do so.

The applicant will be unlucky if it is not done before the period mandated legally by the state. Alimony in New York, also referred to as spousal support or maintenance, is a payment that one spouse gives to the less-earning spouse during or after divorce. Usually, the courts in New York offer three alimonies: temporary, rehabilitative, or permanent. 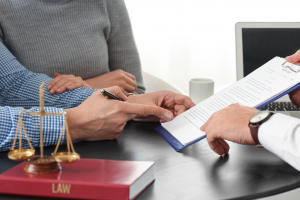 Even though the state of New York does not recognize common law marriage, you can still preserve your rights by following the guidelines of an experienced lawyer.

The following are some points to keep in mind:

Stepparent Adoption Texas: What You Need To Know Before You Begin