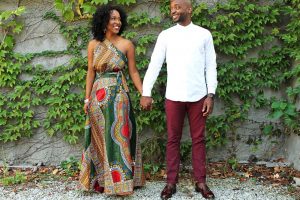 Common law marriage South Dakota isn’t recognized unless you provide valid proof of your union from a different state. Common law marriage is when a couple establishes a partnership without a formal wedding ceremony or further financial expenses.

If you got married through common law in another state before moving into South Dakota, there’s a possibility to have your marriage recognized. You’ll only need to provide the relevant proof and evidence that your common law marriage took place in the other state.

This proof could be in documents and other factors associated with your marriage under common law. If by mistake you lack any evidence to prove your marriage, the state of South Dakota will not recognize it hence categorizing you as unmarried. You’ll therefore need to seek other legal alternatives.

At the Register of Deeds office, you’ll need to provide your driver’s license to prove your age and identity. Moreover, you’ll need to provide your social security number and pay a cash fee of $40 to obtain the license. You can also provide a certified copy of your birth certificate, a passport, or a baptismal certificate if you don’t have a driver’s license.

No blood tests are needed when requesting a marriage license in South Dakota.

This should happen 20 days after receiving the marriage license. You’ll also need to pay $7 to have copies of your marriage record certified by the register of deeds. The law doesn’t allow individuals below 18 to marry regarding age restriction. If either party is a minor between 16-18 years, parents or guardians must provide written consent.

The register of deeds must duly acknowledge this consent before issuing the minor with a marriage license. The law also allows residents of South Dakota to marry whomever they wish as long as they’re not in another marriage currently. It prohibits marriage between:

You’ll only receive a South Dakota marriage certificate regarding common law marriage if you validly prove that the marriage took place in a state that recognizes it.

To obtain a marriage license in South Dakota, you must fulfill the following requirements:

Generally, South Dakota holds prenuptial agreements as valid marital agreements (the state adopted the Uniform Premarital Agreement Act). A prenuptial agreement refers to a contract that a party enters before marriage and outlines each other’s wishes concerning property rights and interests. The agreement serves to determine property disposition in the event of death.

If couples enter into a prenuptial agreement and resolve to support each other if divorce occurs, the court remains to have the final say in establishing the agreement’s efficacy. Moreover, the court has the power to modify an agreement that it had approved initially. If you feel that your prenuptial agreement could affect your will or estate plan, it’s essential to seek guidance from a lawyer.

– What Changes Can You Make Upon Getting Married in South Dakota?

After obtaining your marriage license and getting married in South Dakota, the law allows you to make the following adjustments:

Changing your last name. It’s customary for a party to assume the other’s last name after marriage. However, there are no legal constraints for not doing that. You’re still allowed to use your formal name if you choose to. If you change your name upon marriage, ensure you notify the Social Security Administration.

Also, you’ll need to notify the division of motor vehicles to have your driver’s license updated. The same applies to notifying banks, employers, creditors, and insurance companies.

Updating life insurance policies. Under normal circumstances, you can’t share your life insurance policy with your spouse or children unless you list them as beneficiaries. Upon marriage, you’ll need to update your policy to include new members as your family composition changes with time. It would help if you, therefore, did this regularly.

If you own bank accounts, life insurance policies, bonds, or real estate jointly with someone else, you’ll need to update the information to include your spouse and children as beneficiaries. Also, you should inform your employer about your new status so that you start receiving employment benefits for married persons.

Regarding child support payments, the law requires only the non-custodial to make such payments. The South Dakota laws describe a non-custodial parent without direct care, control, or custody of the child. Although custodial parents also have a financial responsibility to the child, the law presumes that they directly spend on the child daily.

The amount of money each parent contributes to the welfare of their child after divorce depends on each party’s income and the duration spent with the child.

In this article, we’ve established that common law marriage in South Dakota isn’t recognized, and in summary, we get to know that:

To have your marriage validated in South Dakota, both parties must visit the registrar of deeds and provide vital information like age, names, and identifying documents. Upon receiving the license, you have a maximum of 90 days to conduct a marriage ceremony in any county within the state. If you seek to obtain a marriage license today in South Dakota, ensure you carry a cash fee of $40 and visit the Office of the Registrar of Deeds in any county.

Unmarried Father Rights Ohio: Everything You Need To Know as a Dad