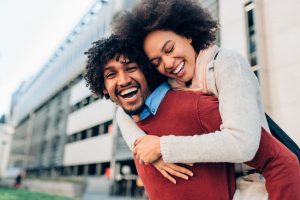 This article will outline why common law marriage isn’t recognized in North Dakota and describe the available marriage alternatives to this form of marriage.

The legal alternatives to common law marriages in North Dakota include cohabitation agreements and traditional marriages. Since the state doesn’t approve the common-law marriage, you can pick either of these options to have your union formalized. You’ll then access similar rights as other formally married couples in North Dakota. Below, we’ll discuss both alternatives to common-law marriage in detail.

A cohabitation agreement in North Dakota is a contract initiated by unmarried couples living together. The contract is enforceable by law and seeks to outline how both parties will relate to each other. The agreement states each party’s obligations, rights, and duties. It also outlines the modalities of property division (for a jointly owned property) if death or separation occurs.

If a cohabiting couple seeks to prove their union, having a cohabitation agreement in place could make everything easier.

Common factors that a couple may describe in a cohabitation agreement are:

A cohabitation agreement in North Dakota applies to opposite or same-sex couples. The agreement can include anything the couple thinks will protect each party’s interests.

How Do Cohabitation Agreements Work?

A cohabitation agreement works by protecting the rights and duties of unmarried couples. It covers issues to do with property ownership and marital obligations. The agreement offers guidance when a cohabiting couple seeks to separate and is at crossroads on how to deal with outstanding debt or lease agreement.

Since most cohabiting couples commingle their finances and other obligations, a cohabitation agreement helps outline what each party needs to fulfill on issues to do with:

Before drafting a cohabitation agreement, the unmarried couple must sit down and outline what each is bringing to the relationship. The couple must also agree on what happens to the personal and joint assets if they decide to separate. Through the agreement, each party gets assured of their rights during and after the cohabitation.

If a couple isn’t sure about what to include in a cohabitation agreement, they should consult a family law attorney.

Things To Include in a Cohabitation Agreement

The good thing about a cohabitation agreement is that a couple may custom tailor it to fit their preferences. There’s no fixed formula for crafting an agreement during cohabitation North Dakota. However, it would help if you considered the following clauses and provisions for your agreement.

The cohabiting couple must include their signatures, addresses, and full names to formalize their agreement. They should also think of having their cohabitation agreement notarized.

In this case, a “married spouse” is a person of the opposite sex, either a wife or husband. Is marriage worth it in North Dakota? Yes, the laws in North Dakota allow any resident to marry their partner as long as they fulfill all marital requirements, including a license for marriage. A member of the armed forces that resides in the state can also marry their partner as long as they have the same residence address.

The minimum age requirement for a couple to seek marriage in North Dakota is 18 years. If either of the couples falls in the age range of 16-18, they’ll have to seek legal consent from their parent (s) or guardian (s).

The law in North Dakota prohibits marriage between:

You should therefore ensure that no blood relationship should exist between you and the person you intend to tie the knot. To have your marriage formalized, you’ll need to obtain a marriage license from the office of the County Clerk within the state. A cash fee payment of $65 is required before you acquire the license. You’ll then have at most 60 days to conduct a marriage ceremony before the license expires.

– What Happens If My Partner Dies and We Are Not Married?

If you lived together as an unmarried couple, you have no legal rights over your boyfriend’s property. The only scenario you can inherit his property is when he has listed you as part of the beneficiaries or heirs in his will. The court must also validate the will.

– Is There a Waiting Period To Get Married in North Dakota?

We’ve learned that common law marriage in North Dakota  is not recognized, and in summary, this article has outlined that:

If a couple chooses to use a cohabitation agreement as an alternative to common law marriage in North Dakota, they’ll enjoy similar privileges as married couples. They can jointly own assets and even list each other as beneficiaries of personal assets in the event one party dies. To conduct a traditional marriage in North Dakota today, ensure you physically visit the office of the County Clerk alongside your partner, provide identification documents and pay the required fee ($65).

Uncontested Divorce Alabama: Filings and Process You Need To Follow