Common law marriage in Arizona is a topic that worries couples who cannot afford marriage or those who were married by common law and willing to move to Arizona.

In the 19th century, common law marriage came into effect after formal weddings became harder to arrange and implement. Generally speaking, if two people have lived together for a specific period and hold themselves publicly as husband and wife, they are considered married.

Common-law marriage is deemed legal, even if, formally, there was no marriage ceremony or official procedure or documentation. It is often mistaken with long-term relationships and “domestic partnerships” and usually referred to by attorneys as an “informal marriage.”

To establish a common-law marriage, you and your partner’s future intentions must be marriage. A famous misconception states that seven years of living with your partner is required for a common-law relationship. However, each state has regulations that specify the amount of time needed to get married by common law. 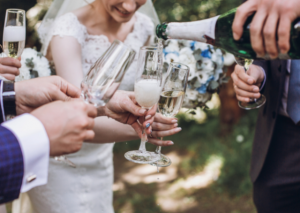 You can do this by calling each other’s wife and husband and having you or your spouse take each other’s last name. In addition, any joint financial account is a shred of additional evidence that helps support your common law partnership.

When trying to get a common-law marriage, the obstacle people face is that it is not recognized in all states. Arizona is one of the states that does not provide common law marriage within its border.

The silver lining that exists is that common law marriage in Arizona is recognized, provided that you got married by common law in one of the states that approve it.

In other words, your common-law marriage will come into effect legally in Arizona if you have organized your wedding in either of the following states that approve and provide common law marriage: Iowa, Colorado, Montana, Kansas, Oklahoma, Texas, Rhode Island, District of Columbia.

According to ARS 25-112, “Marriages valid by the laws of the place where contracted are valid in this state” (except when the marriage is void meaning that it is between blood relations and is therefore prohibited).

Although Arizona common law marriage is not an option for couples, there exist some legal ramifications of living with your partner and cohabitating.

When you move in with your significant other, the common law in Arizona may recognize a definite contract between you both. Therefore, if you share in buying things or handle debts regularly together, you can sue your partner for your proportion of something in the future.

Suppose you feel concerned after entering into a common-law marriage or having moved in with your partner. In that case, you should consider getting in contact with a licensed family law attorney to determine whether or not you have taken into consideration all possible legal repercussions.

n that case, the law gets to decide who receives a portion of the deceased person’s estate. This process is called dying “intestate.” Usually, the surviving spouse has the highest advantage in intestate considerations.

How Does Arizona Treat Cohabitation? 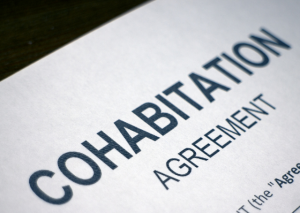 According to cohabitation laws in Arizona, the law does not consider people living together as married no matter the time of their cohabitation. In other words, and from a probate point of view, if both you and your partner are Arizonians, and either of you dies intestate, the other person will not be given the equal concern as would a surviving “spouse.”

However, as previously stated, Arizona recognized marriages as valid by the laws of the state in which you and your partner initially received your common-law marriage.

For a better understanding, according to marriage laws in Arizona and as an example, if you and your partner are legally married in an approved common law marriage state, and either of you dies, Arizona, recognizing the marriage as legal, would treat the surviving person as a spouse.

In probate matters, things can easily become complicated; therefore, it is always preferable to have your will ready rather than have nothing at all.

In addition to that, the state of Arizona, in 1998, formed a new type of marriage known as “Covenant Marriage.” To enter a covenant marriage, you and your partner must receive counseling from either a marriage counselor or a clergy member.

Through this premarital meeting, the couple is advised that the marriage they are about to step into is a commitment to be made for life and that the legal reasons applicable to end a covenant marriage are very limited. Finally, both partners must sign a special declaration when applying for a marriage license to enter into a convent marriage officially.

When filing for a divorce in a non-covenant marriage, either spouse simply declares that the marriage is irreversibly broken. However, that is not the case in covenant marriage.

Therefore, for the divorce to take place, the court has to find that one of the following took place, as per ARS 25-903: (petitioner is the spouse who filed for divorce and the respondent is the other spouse):

Alimony is defined as a concept couples use after they break up. This case is referred to as spousal maintenance and spousal support (i.e., a spouse pays the other an amount of money as financial support during or after the two have finalized their divorce).

During the final judgment of divorce, the judge decides whether or not support will continue. In Arizona, there exist several types of spousal maintenance. For example, judges might offer a “pendente lite” support – also known as “award of temporary support” – if one spouse needs financial support for daily survival during the divorce.

Palimony is an identical concept to alimony. However, instead of payments between divorced couples, palimony laws in Arizona provide compensation for couples who did not get married. Some courts in Arizona may grant palimony; nonetheless, it is very uncommon. Instead, it is usually a result of a written agreement such as a cohabitation agreement or a domestic partnership agreement. 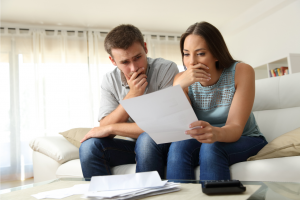 Unfortunately, the state of Arizona does not provide common law marriage, no matter how committed and deeply in love you are with your partner.

Luckily, the state offers other alternatives for you to preserve all your rights as a spouse.

To add, Arizona will recognize your union if you get married in another state that accepts common-law marriage.

Couples can establish or dissolve common-law marriages through specific requirements according to each state. In all cases, it is preferable always to refer yourself to an attorney to make sure you are aware of your rights should anything happen with your marriage.