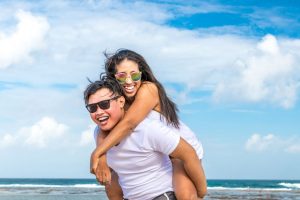 Common law marriage Hawaii is not a legal concept in the state. In other words, cohabitation with a partner will not create a legally recognized marriage. There are certain Hawaii marriage laws that you must comply with instead.

But these can be difficult to follow, which means you need to learn more about them. So, let’s get started on this topic.

Most states will recognize a marriage between two people when they join in union during a ceremony, by exchanging vows and rings. But there is another type of marriage that is becoming popular: We are talking about common law marriage.

A common law marriage can often be referred to as an informal marriage or a marriage by habit and repute. Essentially, this is a concept where two people are in a relationship and they live together.

They act like a married couple but they never go through with a formal service or ceremony and do not obtain a marriage license. The persons can be referred to as a couple in cohabitation.

While common law marriage is an easy concept to understand, not all states accept this as a formal and legally valid indication of marriage. Thus, for legal purposes, the marriage will not be recognized as being valid in Hawaii. For example, here are some states in the US that accept common law marriage:

As you can see, there are nine states that accept common law marriage. But Hawaii is not one of them. In this state, you have to go through with a formal service or ceremony.

However, it is important to note that Hawaii does recognize a common law marriage if it has originated in one of the states listed above. Thus, if the marriage is valid in any of those nine states, when the spouses move to Hawaii the marriage will be valid in law.

What Are the Marriage Laws in Hawaii?

In order to have a marriage legally recognized in Hawaii, there are a few requirements you must follow. Namely, both parties to the couple getting married must be 18 years old. If you are 16 or 17 years old, you will need the consent of both parents. You will have to prove your age when you are applying for a marriage license.

If you are closely related, you are not able to get married in Hawaii. The only blood relationship that is going to be legal is if you are first cousins.

You can apply for a marriage license in several places in Hawaii. This certificate, though, is only going to be legal in the state and not anywhere outside of it. The license expires in 30 days and there will be a fee you have to pay to obtain it.

Can Long Cohabitation Lead to Marriage?

In some states, living together for a certain amount of time can lead to your marriage being legally recognized. However, this is not something that happens in Hawaii. You can live together for a number of years and your relationship will still not be valid in the eyes of the law.

It is a misconception that long cohabitation will always lead to a legal marriage. This is something to be aware of if you are going to be living with a partner, as it will affect the rights you have.

Do Unmarried Couples Have Any Rights in Hawaii?

Unfortunately, if you do not have a marriage that is legally recognized in Hawaii, you are not going to have any automatic rights. This means that bank accounts, property or other items acquired during a marriage do not have to be split between couples. It is going to come down to the legalities of contracts you have.

If you do have contracts that show joint ownership and one spouse decides to take that property, there is recourse for these actions. But, this is not because you are in a common law marriage. It is because there is a legally binding contract in place.

Can You Receive “Palimony” in Hawaii? 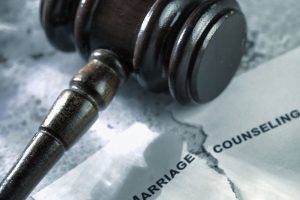 The term “palimony” is simply a combination of “pal” and “alimony.” It is used to refer to receiving alimony after splitting from a common law marriage. Indeed, alimony is something that you can claim in Hawaii if you are legally married. But you will not be guaranteed to receive palimony if you split from your partner. This is not a legally recognized concept in the state.

In certain circumstances, though, it is still possible to receive palimony if you are breaking up from a cohabitation partnership. For example, a couple could have a written or oral contract regarding palimony. Thus, when they split, their contract would come into effect and mean that one of the spouses could receive financial support. In this case, it will be the couple’s responsibility to create a contract for support in such cases.

How Does a Common Law Marriage Couple Establish Child Custody?

During a divorce process, child custody is very important to the parents. Often, this can be a source of disagreement, as both parents can want full custody of their children. The case is going to be a little bit more complicated for a couple that has been in an unrecognized common law marriage in Hawaii.

Since the couple is not legally married and is rather in a domestic partnership, Hawaii laws demand that the paternity of the father has to be established first. Because there is no legal marriage, there is no automatic assumption that the father is the biological parent of the child. Thus, a process called paternity establishment is necessary before child custody can happen.

There are different ways to do this. There is a voluntary establishment of paternity form that parents can sign.  A paternity action can also be brought to the courts, which can be a long process.

When paternity is confirmed, the courts are going to be able to help with child custody and decide what would be the best way to move forward. The focus is always on what is going to be best for the child and there is no preference for a mother to receive custody over a father.

If a cohabiting couple decides to split up, paternity must be established before child support is granted. This is going to enable the parent looking after the child to receive the financial support they need to raise the child and allow them to have a good standard of living.

There is no preference for what parent receives child support. For example, if the father has full custody of the child, they are going to be entitled to child support from the mother. The state of Hawaii will always treat parents equally and look at the circumstances on a case-by-case basis.

Are There Reasons Not To Marry in Hawaii?

Often, people will focus on the disadvantages of not having a legal marriage in Hawaii. But there are plenty of benefits to not applying for a marriage license. For example, couples often like the freedom they have. The partners do not have any ties to each other or anything holding them back. So, if they want to split up, they can simply walk away without a lot of hassle.

But, you should always consider both sides before you agree to not getting married. For instance, if you depend on your partner financially, this could leave you in a dangerous position if you end your relationship. You could be left without a home or without money to maintain your standard of living.

The Hawaii marriage requirements make it clear that common law marriages will not be accepted. Instead, you have to apply for a marriage license in order to create a union with your partner. Let’s summarize everything we have covered in this article:

After reading this overview, you can now evaluate your options if you were planning to enter a common law marriage in Hawaii.

Legal Separation in Alabama: Is It an Alternative to Divorce?

Who Pays Attorney Fees in Divorce?

Alimony Utah: What Spouses Need to Know When Divorcing

Common Law Marriage North Carolina: Is It Recognized in the State?