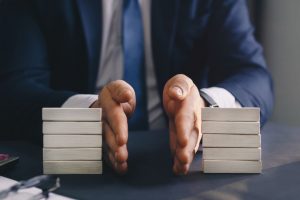 Alimony in Delaware is different from other states across the country, every state has its own set of rules and laws when it comes to spousal support.

It is important to note that alimony is given from one spouse to the other, the higher paying spouse is going to pay the alimony to the other during the proceedings or after the divorce is finalized. This article is going to help you understand the Delaware alimony laws so that you can secure the best outcome for you.

What is Spousal Support Delaware?

Spousal support, which can also be referred to as alimony, is a financial payment that one spouse can receive from another. Namely, alimony is awarded by a judge during a separation or as an award after a divorce.

How To Calculate Alimony in Delaware

This would be too regimented and mean that not every spouse would get what they deserved as a result of a divorce.

Instead, the judge in a Delaware family court is going to have a lot of power. They are going to look at different factors and decide the alimony to be awarded. Thus, decisions are made on a case-by-case basis to ensure all awards are going to be fair.

There are varying amounts a spouse can receive when it comes to alimony. The judge decides on the amount by considering the rate of dependency a person has on their partner. If they are able to support themselves on a partial basis, the amount they receive will be lower.

In particular, an important factor a judge considers is the standard of living the parties had during the marriage. This is going to dictate how much the recipient spouse receives. The purpose of alimony is to allow them to continue with this standard of living after the divorce from their partner.

Note that the judge is going to think about the payer’s spouse too. They have to be in a position where they can afford to pay a certain amount of spousal support. Thus, a judge is going to look at their finances and income to make sure that this is possible, as the arrangement has to work for both parties. There is no cap when it comes to alimony. This means that a Delaware judge can award any amount that they see as fair and just in a case.

Spousal support is a payment that one can receive on a temporary basis or permanently. This is something that a judge in Delaware is going to decide based on the facts of the case. For instance, if you are not self-supporting due to an ailment, you may be awarded duration on a permanent basis. Alternatively, if you can train and get a job, spousal support can be temporary.

While permanent alimony is possible, this is not a decision that is made lightly by judges in Delaware. In particular, short marriages will not often gain access to permanent spousal support. Instead, it is more seen in marriages that are at least 20 years in duration.

The exceptions to this rule could be if one spouse has a medical condition or disability that is going to affect their employability and possible career training.

How To Pay Alimony in Delaware

You can file for spousal support after divorce in the state, and after you apply for alimony, your papers will proceed. When this is the case, you will hear it referred to as spousal support. Both alimony and spousal support are the same things. Yet, in a legal context, they seem to differentiate what they are called.

One of the most common ways for a person to pay alimony is through periodic payments. Often, this is monthly, which can be more manageable for both parties. This means lower and regular payments to make, as well as a consistent income for the recipient.

But, the judge is going to make the call when it comes to what payment is going to be best in a case. For instance, lump-sum amounts can still be an option for parties. This would mean that a payer would simply make a one-off payment after divorce to their ex-spouse and their obligation would be fulfilled.

In addition, it is possible to pay alimony during the separation, as well as after the divorce. This is going to depend on what is best for the recipient and if they need financial support while going through the divorce process.

How To Avoid Paying Alimony in Delaware

The reality is, that not everyone wants to pay alimony forevermore. There are some ways you can legally avoid paying spousal support. Let’s take a look at the options.

If you want to avoid paying as much alimony as you currently do, there is a way you can reduce the amount. This is through asking the court for a modification. This is not something that is easy or that is going to be granted in every case. Indeed, it will not just be because you fancy paying less.

The modification of alimony will only happen when there are substantial changes to a person’s circumstances. In particular, this is going to be if there is a change in career for the payer. For example, if you lose your job and have to take a lower-paying one, this can reduce the amount you have to pay.

It is important to note that a judge is not going to grant a modification if they believe you have taken these steps deliberately. For instance, if you choose to take a job because you will be paid less and it reduces financial obligations, the court is going to recognize this.

Often, people are under the illusion that alimony will not terminate if it is a permanent agreement. However, this is not true, there are going to be some circumstances where the spousal support order will end.

For example, if the recipient of alimony chooses to remarry, this is going to terminate the support they receive. Indeed, they now have a new partner and they will be financially reliant on them. Hence, the ex-spouse no longer has to fulfill this legal obligation and the order terminates.

If one of the parties to the spousal support order dies, this is also going to terminate alimony. Of course, this means that the agreement cannot be fulfilled. Nothing has to be done in this case and the death will simply terminate the order.

– What Are the Waiving Rights to Alimony in Delaware?

One way that you can definitely avoid paying alimony is if you create an agreement before you are even married to your spouse. In other words, in Delaware, you can create a prenuptial agreement that is going to stipulates that you want to waive rights to alimony.

Waiving rights to spousal support means that a person cannot go on to file for alimony later on. If they sign and agree to the prenuptial contract, this means that they give up this right on divorce. This will avoid you having to pay any more to them when you are separated.

– Is It Legal To Withhold or Not Paying Alimony in Delaware?

There are going to be some instances where a payer of alimony no longer wants to do this for their ex-spouse. They may choose to simply ignore the payments and stop them. However, this is not a good idea and it can be serious if you fail to pay alimony on time or at all.

It is possible that the recipient of alimony could bring a claim against you. This includes having to go to the small claims court. It is also possible to have to attend mediation for alimony arrears.

In serious cases, a person can be charged with contempt of court when they do not pay spousal support in Delaware. This could lead to wage garnishment or even a large fine as a result of not fulfilling your legal obligations.

– Is Marital Fault Considered in Delaware?

In some states, the judge is going to consider who was at fault for the divorce when it comes to spousal support. In other words, a spouse may have to pay more if they were the reason the marriage broke down. However, this is not the case in Delaware, since it is considered a no-fault state when it comes to alimony.

Thus, a judge will not look at why the marriage broke down when they are thinking about awarding or calculating alimony. Even when there is abuse or adultery at play in the divorce, this is not going to affect how much someone receives or pays.

Does Custodial Status Effect on Alimony in Delaware?

It is possible that the custodial status will affect the amount of alimony in the state of Delaware. In other words, if a person is financially dependent on their spouse and they are the primary custodians of the children, they can receive more spousal support.

This is going to be up to the judge and custodial status can be a factor to consider; however, it is essential to realize that child support is there for that reason too. Therefore, it is not always going to be the case that the primary custodian will receive more alimony as per the state of Delaware.

There can be contention during divorce proceedings when it comes to spousal support. That is why it is best to learn all of the laws in Delaware beforehand so that you can make sure you are aware of what you are entitled to. Here are the key points that you should know from our guide: 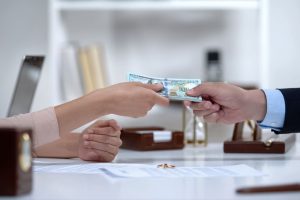 Preparation and providing evidence are going to be important when it comes to spousal support. This is going to give you the best opportunity to gain financial support after a divorce.

Legal Separation vs Divorce: Know the Similarities and Differences

How To Get Sole Custody in Florida: A Guide to the Required Process