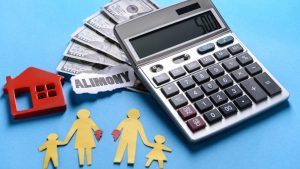 Alimony in Tennessee is also known as spousal support or spousal maintenance. It can be ordered by any Tennessee court in any action for legal separation, divorce, or separate maintenance, under T.C.A. § 36-5-121. Alimony is paid by one spouse for the benefit of the other spouse.

In this article, we discuss the significance of alimony during termination of marriage, the various types available to spouses, and how to modify or terminate an award for alimony.

How To Calculate Alimony in Tennessee

– Factors The Government Takes into Consideration

Alimony in Tennessee is governed by T.C.A. § 36-5-121, is awarded based upon several factors, which include:

Many things must be considered to determine whether a spouse is eligible for alimony in Tennessee. Additionally, Tennessee does not have specific guidelines for alimony – if a spouse’s case aligns with these factors, they could have grounds for alimony.

The court has much discretion when awarding alimony. This differs from child support orders where a predetermined amount is calculated according to the number of children and income levels of each parent. Most importantly, the court has to determine whether the obligor can pay before awarding alimony.

Rehabilitative alimony can be increased in amount or extended beyond the term initially provided by the court if the recipient spouse can prove that the other spouse has made all reasonable efforts at rehabilitation and has been unsuccessful.

An award of rehabilitative alimony in TN remains in the court’s control for the duration and amount of the award, and the possibility of decreasing, increasing, extending, terminating, or modifying the award.

How To Pay Alimony

In most cases, a part of the obligor’s paycheck will be withheld and remitted to the recipient as alimony payments. Below, we take a look at the various types of alimony a spouse can be ordered to pay.

Tennessee alimony laws provide for various types of alimony that may be awarded depending on the financial situation of the dependent spouse. Below, we discuss the main types of alimony in Tennessee.

An award for rehabilitative alimony is common with spouses who are at a relative economic disadvantage upon divorce or legal separation. In most families, one spouse strengthens the family unit through nurturing the personal side of the marriage, i.e., the care and nurturing of any children in the marriage. The other spouse focuses on building and strengthening the economic side of the family.

Such arrangements often lead to the economic detriment of that spouse whose personal career was subordinated for the benefit of the family and marriage. Since it is the state’s public policy to support marriage and encourage family arrangements that facilitate healthy family relations and productive children, the state recognizes the need to provide support to primary homemakers.

Rehabilitative alimony terminates upon the death of the recipient spouse or the obligor unless otherwise specified.

Also known as periodic alimony, alimony in futuro is a payment of maintenance or spousal support in TN on a long-term basis or until the remarriage or death of the recipient spouse. It is mainly awarded if the court establishes that there is a relative economic disadvantage that can’t be corrected through rehabilitation.

This means that even through reasonable effort, the disadvantaged spouse won’t achieve a standard of living comparable to that enjoyed during the marriage.

Like rehabilitative alimony, an award of alimony in futuro remains in the court’s control for the duration of that award. As such, a court with jurisdiction can increase, decrease, terminate, extend, or modify an award for alimony in futuro. 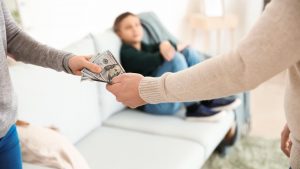 This is another type of spousal maintenance Tennessee spouses can get, and it refers to a sum of money payable by one spouse to the other for a determinate period.

A court awards transitional alimony when it establishes that rehabilitation isn’t necessary.

But the dependent spouse requires financial assistance to make adjustments due to the economic consequences of a legal separation, divorce, or any other relevant proceeding.

Transitional alimony may be appropriate where the marriage is short-term and neither spouse has suffered a significant detriment to their ability to earn during the marriage and neither spouse requires rehabilitation. However, if one of the spouses took time off from their career to nurture a child, the court may find it appropriate to award transitional alimony to “bridge the gap” from the time of separation or divorce into a given time in the future.

A court may also find it appropriate to award transitional alimony in the case of a short-term marriage where one spouse gave up certain property or benefits banking on the continuation of the marriage. In such cases, transitional alimony helps such a spouse adjust to the economic effects of a divorce.

Transitional alimony awarded by a Tennessee court shall be nonmodifiable unless:

Transitional alimony ends upon the death of the obligor or recipient unless stated otherwise in the decree. When entering the order to pay transitional alimony, the court may provide that alimony shall terminate if other conditions occur, such as the remarriage of the recipient spouse.

In statutory language, alimony in solido is lump sum alimony. It is a form of long-term spousal support, whose total amount is calculable when the court enters the decree. This type of alimony may be paid by the obligor in installments, provided the payments are ordered over a definite period and the payable amount is ascertainable when awarded.

The purpose of alimony in solido is to provide financial support to a spouse in the event of a divorce or legal separation. This type of alimony may also include attorney fees, where applicable. Additionally, alimony in solido may be used by the court to adjust the division of the spouses’ marital property.

This is alimony awarded during litigation, or pending the final hearing of a divorce case. The court, in its broad discretion and after notice and hearing, finds it appropriate to compel a spouse to make payments necessary for the other spouse to defend the suit, prosecute the other spouse, or make other orders as deemed appropriate.

Pendente lite support may also be awarded by the court to help a spouse meet the expenses for education or job training. You can think of it as emergency spousal support. In making an order for pendente lite support, the court shall consider each spouses’ financial needs (and those of children if applicable), and the ability of each spouse to meet those financial needs.

– Enforcement of Alimony in Tennessee

Upon issuing an order for alimony, a court can enforce its decrees and orders by requiring the supporting spouse to post a bond or offer sufficient personal surety to secure present and future spousal support payments.

This can be done unless the court finds that the payment record of the supporting spouse, the availability of other measures, and any other relevant factors make it unnecessary to request a bond or surety.

Below, we look at the authority of the divorce court regarding the enforcement of alimony.

When a court enters a money judgment in an alimony proceeding, such a judgment may be enforced by execution. Execution of judgment, in this case, means giving a county officer (sheriff) the authority to take possession of an obligor’s property so that it may be turned over to the recipient spouse or sold so that the proceeds are used for alimony payments.

Tennessee laws also give courts the power to authorize accelerated execution if the obligor intends to conceal or fraudulently dispose of their property to avoid the obligation to pay alimony. Generally, a court can issue a writ of execution against the personal belongings, non-exempt assets, lands, and tenements of the obligor.

In Tennessee, garnishment proceedings are statutory. Courts have the authority to order that an obligor’s employer collect a monetary judgment on behalf of the recipient spouse. The employer withholds part of the obligor’s wages and remits to the recipient or as ordered by the court.

If a spouse is ordered to pay alimony and fails or refuses to make timely payment of spousal support as previously ordered, the court may find the party in contempt. In some cases, the court can sentence that spouse to incarceration until they have purged themselves of the contempt.

If incarceration is not considered appropriate under the circumstances, then the other sanctions available to enforce spousal support orders may be used.

Courts impose civil contempt to compel a party to comply with an order. With civil contempt, parties can purge themselves through compliance. On the other hand, criminal contempt is punishment for non-compliant parties. It follows that such parties can’t be freed by subsequent compliance.

Any arrears in payments can be made up while incarcerated through wage withholding at a rate set by law unless other arrangements are approved by both parties or made with court approval. The balance should be paid directly to opposing counsel for remittance to the spouse owed support.

Before bringing your case under this type of analysis, you must first file a motion for contempt and request alternative sanctions as previously mentioned. You cannot do so until one year has passed since the date of the last payment.

Under Tennessee law, a lien will arise against all the real and personal property of an obligor for overdue spousal support for cases enforced by the Tennessee Department of Human Services (DHS). The department has the authority to enforce such liens by securing the assets of the obligor to satisfy the arrearage and current obligation.

How To Avoid Paying Alimony

If you are paying alimony and wish to avoid the obligation, your best legal options would be seeking modification or termination of alimony.

A spouse can request an order for modification or termination of alimony previously ordered by the court in Tennessee if they can prove that there has been a substantial change in circumstances for either spouse.

Generally, a court will order the modification or termination of alimony in any of the following circumstances:

A spouse could even file for termination of alimony if the case includes:

– Cohabitation of a Third Party

Under the divorce alimony rules, there is a rebuttable presumption that when the recipient of alimony is cohabitating with another person (third party): 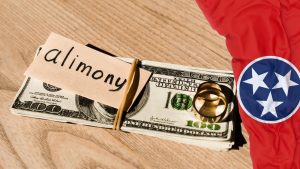 Tennessee courts often award alimony in any action for legal separation or divorce. Regardless of its nature, alimony is intended to help a disadvantaged spouse maintain the lifestyle established during the marriage.

Below, we recap the main issues regarding alimony in Tennessee:

Before issuing an order for alimony, Tennessee courts establish whether the obligor can pay. When the obligor fails to make alimony payments as ordered, the court has ways of enforcing its orders to ensure that the dependent spouse receives alimony.

Types of Divorce: How They Can Benefit You in the Long Run

Pending Criminal Charges and Child Custody: Do They Relate?

Long-Term Disability and Divorce: What Should You Consider?