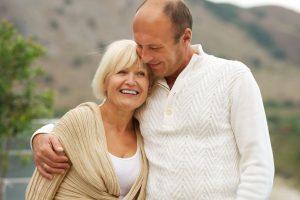 Laws regarding common law marriages have changed over the years, but some states still recognize this type of marriage.

In common law marriages, two parties live together in what appears to be a marriage, but their union isn’t formalized in a ceremony or issuance of a license. This article discusses common law marriage in Kansas and the state’s stance on the topic.

How To Prove Common Law Marriage in Kansas

A relationship qualifies as common law marriage if parties live in line with the common law in Kansas.

If you are in a common law marriage in Kansas, you and your partner have to meet the requirements for marriage as provided by marriage laws in Kansas.

Parties must also have a “present agreement” to marry. While this doesn’t have to be in any particular form, parties must intend to be in a relationship for marriage. This can be reflected in their behavior and mutual recognition as a married couple.

Both parties must publicly “hold each other out” as a married couple. Essentially, the parties should put family, friends, and the community on notice that they are married by saying or doing things as though they are in a marital relationship. Some of the ways parties can “hold themselves” out as a married couple include:

Common law marriages are bound by the same laws as traditional marriages, meaning that issues such as property and debt distribution, child custody and support, and spousal support in divorce also apply.

If common law spouses in Kansas want to terminate their marriage, they can’t just walk away from it. They have to file for divorce and follow the process for the dissolution of marriage through divorce. If the spouses have minor children from their marriage, they must resolve child custody and support issues.

Each parent has an equal right to child custody when separating. Like in other marriages, courts determine child custody based on what is in the children’s best interests. Kansas divorce laws tend to favor joint child custody or shared parental responsibility. This is due to the belief that children benefit from having both parents, not just one.

However, a court may decide that sole custody is best if one parent is deemed unfit for parenting. If one parent has less time or no means to care for a child, the court may award custody to the other parent.

If the court awards joint custody, both parties are expected to contribute equally towards meeting the needs of the children. In the case of sole custody, the non-custodial parent is ordered to pay child support to help meet the children’s needs.

Since common law spouses have the same rights as traditionally-married spouses, a financially dependent spouse can request alimony or spousal support upon the termination of the marriage. To give an alimony judgment, courts consider various factors, such as the incomes of each spouse, the requesting spouse’s financial need, and the other spouse’s ability to pay alimony.

If the court establishes the need for alimony and the ability to pay, it shall determine how much is necessary and how long payments will continue. According to Kansas marriage laws, these payments should continue even if one spouse moves to another state, provided a support order was given by the court.

Spouses can also prove their common law marriage by having a premarital agreement, commonly known as a prenuptial agreement. It is a contract entered into by parties who intend to get married and specifies each party’s rights regarding property and support upon the termination of marriage – whether by divorce or death.

Prenups provide a great way of proving a common law marriage as they show the parties’ intent to marry. These agreements are also important during divorce as they can be enforced rather than leaving decisions regarding property division and support in the hands of the court.

Like in traditional marriages, marital property is divided according to the law when a common law couple divorces. In Kansas, spouses have to split the marital property equitably. That doesn’t necessarily mean a 50/50 division – the court divides property in a way that is fair to both spouses.

Only marital property is subject to division, which is everything either spouse acquired or earned throughout the marriage. Kansas law provides that separate property such as inheritances and property owned by either party before the marriage or after legal separation in Kansas are not subject to property division.

– How Long Do You Have To Live Together To Be Common Law Marriage in Kansas?

– What Makes You Common Law Married in Kansas?

You may be considered a common-law spouse if you and your partner live together as husband and wife but don’t have a marriage license or haven’t solemnized your marriage. However, you must hold out yourselves to the public as husband and wife and do things that suggest you are a married couple. These include filing joint tax returns, having joint bank accounts, and having each other as the beneficiary of life insurance.

No. Kansas isn’t one of the nine community property states. During a divorce, spouses divide property through equitable distribution. That means all property accumulated during the marriage is divided fairly among the spouses and not necessarily equally.

– What Is the Point of Common Law Marriage?

– Is a Common Law Wife Entitled To Anything in Kansas?

Common law spouses in Kansas have similar rights as traditionally married couples. A common-law wife in Kansas is entitled to a part of marital property upon divorce, inheritance, and even spousal support if they are financially dependent on the husband. But it’s not as easy as it seems because a common law wife must prove the marriage.

Common law spouses in Kansas can prove their marriage by living and doing things together as a married couple. In addition to having a state-issued common-law marriage affidavit, common law spouses must hold themselves to the public as husband and wife. Joint ownership of property and banking details can also serve as proof of common law marriage.

The State of Kansas is one of the few that still allow and recognize common law marriage. If you and your partner have been living together in the state for some time and meet specific requirements, you may be considered common law spouses. Below are the key things to recall about common law marriage in Kansas: 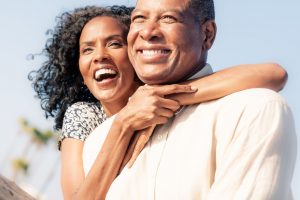 The same marriage laws bind common law spouses as traditionally married couples. Like formally married couples, you must go through the standard divorce process to terminate your common law marriage. Working with a divorce lawyer can help you better deal with divorce issues such as property division, alimony, child custody, and support.

Odds of Winning Summary Judgement: What Are the Chances?

How To Get a CPS Case Dismissed in California: A Guide