Are you thinking about divorcing an unemployed husband? You are probably wondering why the idea of divorcing your husband who won’t work, either voluntarily or involuntarily, has become more appealing over time. As such, you are worried about the whole situation.

We tell you all you need to know when divorcing an unemployed husband from the psychology of unemployment and divorce, including the legal implications you should know before pulling the plug on your marriage.

Divorcing a husband who won’t work 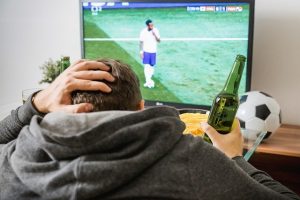 An unemployed husband might find himself voluntarily or involuntarily out of work. For example, physical disability or the recent COVID-19 resulted in many people getting laid off or declared redundant. The current pandemic put so much pressure on husbands who lost their jobs due to different industries’ economic strains. But there are cases where a husband won’t work, and they blatantly refuse to get off the couch to look for a job.

Two popular perspectives explain the relationship between divorce and unemployment.

The Harvard study previously mentioned advances a third perspective, the gendered institution perspective. In this view, it argues that the psychology behind divorcing an unemployed husband is based on the notion that men’s societal gendered norm as “breadwinners” persists, despite the current era and the different waves of feminism. Therefore, it is about the husband’s negative financial impact of losing his source of livelihood and what his employment symbolizes—a provider.

The gendered institution’s thinking is pegged more on the societal expectations of husbands and wives expectations. Whether the issue is about the unemployed husband and what his unemployment symbolically—providing for his family or the financial strain that comes with living with a husband who won’t work—deciding to divorce one’s partner allows the wife to live in a better situation without the other party than when with them.

If you’re thinking of divorcing a husband that won’t work, there are a few things you need to know: 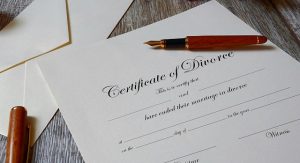 When divorcing an unemployed husband, there are several legal implications of the divorce process unique in each case. Various issues come into play, for example, whether you have children, their age and what would be in their best interest, or why the husband is unemployed.

We look at some of the critical legal issues below:

As such, it is vital to establish why the husband is unemployed. Did the husband lose his job, or is he too lazy and won’t work? Had the couple decided the wife will work and the husband will stay home and take care of the children?

Each State in the United States has laws that determine the alimony or spousal support in each case. Generally, there are three types of spousal support available for the spouse earning less from the higher-earning spouse.

This is an amount set by the divorce court that the higher-earning spouse, in this case, the wife, has to pay the unemployed ex-husband to maintain the lifestyle he got accustomed to during the marriage.

While this is permanent, a court may set the time limit for it and not necessarily have to be forever. For example, the court may direct the amount to be paid until the ex-husband completes a course that would make it easier for him to find work. Your ex-husband won’t work and there are no extenuating circumstances, which can be used as a mitigating factor against long-term spousal support.

b) Child Custody and child support

Custody of the children may go either way depending on how compelling the case each side makes. While an unemployed husband may have more time to care for and nurture young children, the employed wife may have the financial capabilities to provide the children with a better lifestyle.

In all cases involving children in divorce, each judge has discretion, based on the evidence, to determine what is in the child/ren’s best interest. It depends on the evidence and how the facts are presented to ensure that the parent is painted in the best possible light as the child’s best caregiver.

The distribution of the property acquired in marriage in divorce proceedings will depend on whether the State you live in is a community property state or an equitable property state.

There are only nine community property states in the United States. In States such as Arizona and California, theres an assumption that spouses equally own property, regardless of who paid for it. Thus, if you are the working spouse and paid your house’s mortgage while divorcing your unemployed husband, he gets half of your property.

There are also what we call “equitable property” States, which constitute the majority in the United States. Here, the principles of equity apply, and the deciding judge in the divorce proceedings divides the marital property on each person’s contribution. However, it is not cast in stone that the unemployed husband or wife will get less.

Other factors are considered, for example, the non-monetary contribution of the unemployed spouse or disability.

d) Legal expenses of the divorce

Now that you are divorcing your unemployed husband, they might not have the financial capabilities for good legal representation. This might be a blessing in disguise for you as they may not be effectively represented, meaning you get the stick’s longer end.

What about when it’s the wife who won’t get a job?

Are divorce and unemployment the same if the wife is the one who won’t get a job? According to the Harvard Study, when a wife won’t get a job, it hardly affects the marriage’s likelihood of ending up in a divorce.

This conclusion makes sense according to the gendered institution perspective because of the gendered norm and approach of unpaid domestic work that the wife will likely do when the wife refuses to work.

Further, it is essential to look at historical issues such as the fact that women actively joined the workforce after 1975. From a gender perspective, women’s participation in the workforce is still hampered by gender inequality, unequal pay, childcare, and homemaking expectations. When a woman is unemployed or refuses to work, it has little effect on the likelihood of a divorce due to how we are socialized.

There have been studies that sought to establish the opposite of the question: Is it more likely for divorce to occur when the wife is earning more than the husband as opposed to when they are not working? This would follow a more economic independence perspective.

A study on women’s economic independence and probability divorce concluded that the results were inconclusive. The findings for similar studies on the effect of women’s financial independence and divorce have been words such as “contradictory,” “inconsistent,” and “elusive.”

Perhaps you think it’s ironic since an unemployed husband will probably do the same unpaid “homemaking” chores. Why is it then a wife who won’t work will not likely end up divorced compared to an unemployed husband? This perception goes back to the gendered expectations of the roles of husbands and wives in a marriage.

Further, it’s human nature not to take care of someone who is not pulling their weight. When the wife takes care of the husband and the family, she may feel alone and abandoned. It may also result in resentment, heightening other negative feelings in the marriage. 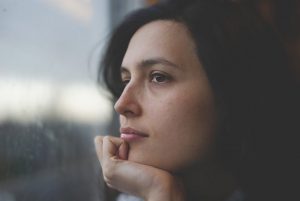 In conclusion, there is a direct correlation between a husband’s unemployment and divorce based on men’s societal expectations as breadwinners and how men and women are socialized.

As a woman planning on divorcing an unemployed husband, some of the things to think about are the legal implications of divorce:

How Much is Divorce in Missouri? Financial Guidance

How To Prove a Parent Unfit: Factors Considered By the Court