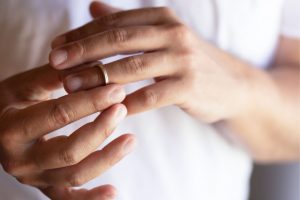 How much is a divorce in Missouri? Ending your marriage in Missouri can be pricey, but you must know how much the process will cost you before you start. While no one plans to terminate their marriage when they get married, irreconcilable differences could result in a divorce.

The cost of ending a marriage varies by how you choose to end the relationship and where you live. This article discusses the various costs involved in a divorce in Missouri and the factors that could affect the final cost.

How Much is a Divorce in Missouri?

How Much Does a Contested Divorce in Missouri Cost?

The cost of a divorce depends on various factors, including the type of divorce filed and the county of residence. On average, contested divorces in Missouri will cost $10,000 to $20,000. Couples depend on the final judgment of a court to settle all issues related to their divorce.

Divorcing parties often have to hire divorce attorneys to represent their interests in court, which generally results in higher attorney fees. In addition, they spend more time and resources preparing for court hearings and negotiating settlement terms.

How Much Does an Uncontested Divorce in Missouri Cost?

This type of divorce involves spouses reaching an agreement on all aspects of their divorce without involving the court. For example, the parties may agree on issues such as the division of assets without relying on a judge for a decision.

Factors That Affect the Cost of a Missouri Divorce

Several factors can affect the overall cost of a Missouri divorce, including the couple’s marital status, geographic location, and legal complexity of the case. In addition, certain circumstances can impact the cost of a divorce, including whether the parties are legally separated before filing for divorce, whether children are involved, and whether the parties can resolve their issues on their own without an attorney.

The cost of a Missouri divorce may be lower for couples who have decided to separate and live apart before filing for divorce than for couples living together when they file for divorce. This is because obtaining a legal separation generally involves fewer expenses than getting divorced. Couples still married at the beginning of the process are more likely to disagree over matters such as child custody or the division of property and assets.

In addition, some courts are busier than others, and judges in some courts may require the parties to appear at hearings more frequently than judges in other courts. As a result, a divorce in a busier court is likely to take longer and cost more money than a divorce in a less busy court.

– Legal Complexity of the Case

Complex divorce cases will likely cost more as they take longer to resolve. For example, cases involving significant disagreements over property or child custody tend to take longer than less complicated cases and may involve more motions or court hearings, which increase the costs of the divorce.

– Variable Costs of Divorce in Missouri

The costs associated with ending a marriage vary based on several factors, including the couple’s marital status, geographic location, and the legal complexity of the case. In most cases, the total cost of divorce includes several aspects:

Attorneys’ fees for legal services such as handling paperwork, mediating disputes, and preparing settlement agreements. Which is around $163.

Fees are charged by the state court for filing the petition for dissolution of marriage and other required documents. These fees are $200 when applying.

Fees for expert witnesses may be required in cases where complex financial or medical issues are involved. These fees would be somewhere between $200 to a maximum of $500 per hour, again, depending on the expert.

Cost related to an evaluation ordered by the court to determine parenting time arrangements between parents following a divorce.

Costs associated with dividing marital property, are assets, during a divorce.

Payments from one spouse to another following a divorce to support the former spouse while transitioning into a different phase of life. These would change according to the alimony granted.

Money is paid from one parent to the other to help support the child following the divorce. These fees would vary according to the process and settlement.

– Choosing a Collaborative Divorce in Missouri

Collaborative divorces eliminate the need to go to court to get a judge’s decision on these issues, and it also helps the parties avoid having a judge decide what is best for them. It also saves them much time because they no longer have to go through lengthy and expensive legal proceedings to get divorced. Instead, they focus on achieving an amicable settlement that works for both of them and getting a fresh and new start on the next chapter of their lives.

There are different methods by that people can keep the costs of their divorce low without compromising the quality of their legal representation or the amount and type of support they can get from the courts. For example, they can choose to mediate their divorce instead of litigating it in court.

By mediating their divorce rather than filing a lawsuit, they will be able to control the duration of time it would take to get their divorce settled and the legal fees they spend. They will, in addition, have more control over the outcome since they will have more input into the decisions made by the mediator instead of having these decisions made for them by the court. That can save time and money and result in less conflict in the post-divorce years.

Another important consideration is choosing the right attorney to represent them during the divorce proceedings. In many cases, hiring an attorney specializing in family law can help clients avoid unnecessary costs in the long run. Such attorneys are more likely to be familiar with divorce laws and effective strategies for resolving complicated legal issues common in high-asset divorce cases.

They also have more experience with legal paperwork and other necessary steps in the process. Also, they will be able to better advise their clients about handling issues like child custody, property division, and child support negotiations without jeopardizing their case.

– How Can Mediation Minimize Divorce Costs?

Many people believe that divorce mediation is more expensive than litigation because it is often billed at an hourly rate instead of a flat fee. However, most couples who mediate end up paying less than they would if they went to trial. This is because mediation is usually a faster and more cost-effective way of resolving disputes than traditional litigation.

Litigation tends to be costly and time-consuming because parties must engage in hearings to get a judgment, and they may need to engage in further rounds of negotiation to resolve any outstanding issues after the final settlement agreement has been reached.

By contrast, a mediator is a neutral third party trained in helping parties reach agreements on complex issues without resorting to drawn-out and costly litigation. This makes them much more likely to agree on the critical issues in a shorter time and for less money than if they had tried to resolve them through traditional litigation.

A divorce is a major life event with significant financial and emotional implications. We’ve discussed how the type of divorce you file can affect the cost associated with your case. So, below are the main points to remember:

It’s essential to hire the right attorney to represent you during your case. Divorce law can be complicated, this means that you should hire a family law attorney that has experience handling complex cases and can help you resolve your issues efficiently and avoid lengthy and costly litigation.

Can a Family Member Be Your Lawyer? Evaluating the Pros and Cons

How Much Is a Divorce in NJ: Cost of Marriage Termination