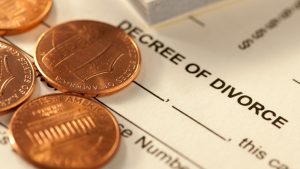 A final divorce decree is the court’s formal order allowing for the dissolution of a marriage. Legally speaking, a divorce isn’t final until you’ve signed your divorce decree and the judge has rendered the seal of approval. With all the different documents required for a divorce, it can be challenging to know the important ones.

Let’s dive in and demystify what entails a divorce decree.

What Is a Divorce Decree?

A divorce decree is the final step in a divorce court proceeding. Sometimes referred to as “divorce judgment” or “judgment of dissolution (JOD),” it’s a document that lays out the court’s terms and conditions for divorce. It also states the reason for the dissolution of marriage and the type of divorce being granted.

Both spouses are legally bound to the terms of a divorce decree, and once it’s signed by a judge and filed with the county clerk, the marriage is formally ended. You can referee to this decree any time in the future if there is a problem with your ex not following the court order. You can go back to court to enforce the terms of the decree if there’s non-compliance.

If you both decide to settle your case out of court, the divorce decree will contain the terms of the settlement. The actual agreement will be spelled out in a separate document called a Marital Settlement Agreement. The decree of divorce remains the final judgment, but you and your partner decide on the terms of the divorce.

– The Purpose of a Divorce Decree

The primary goal of a divorce decree is to legally end a marriage. This document is proof of divorce, and you can use it to wrap up loose ends from your marriage. For example, you need to provide original divorce papers to update a land title deed, change car ownership or close a joint bank account.

A divorce decree sheds a light on everything agreed upon before divorce is granted. A divorce decree is somewhat like an accountability partner. For example, if the decree requires you to send monthly support to the primary custodian within the first week of every month, you must work hard to ensure you don’t default on payments. When you can’t seem to agree with your spouse about a certain aspect of a court order, the divorce decree acts as guidance for both of you.

A divorce decree can either be absolute or limited.

For many couples, the portions of the divorce decree about property division spike the greatest interest. Division of property mostly happens when you disagree on who gets what property. How the property will be divided varies with the state laws. Most states follow an equitable distribution model whereby any money or property you’ve acquired is given to the spouse who bought it.

To clear up the differences between the two decrees, we discussed them below:

An Absolute Decree fully dissolves the marriage, and the ex-spouses are open to remarrying. Any joint property is divided and distributed according to the Marital Property Act or an agreement such as a prenuptial agreement. An absolute decree may provide for payment of alimony, child support and custody, property division, and use of the last name. 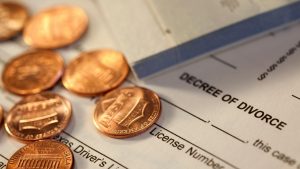 A Limited Decree is an example of divorce decree that does not dissolve a marriage. However, it can help resolve important issues such as the use and possession of property and spousal support. The amount of alimony to be awarded depends on whoever had more income in the marriage and the roles each partner played in the marriage.

If any children were involved, the primary parent would also need to collect child support from the other partner.

The Contents of a Divorce Decree

Every state has its divorce form. Some states will provide a form that you have to fill in. and can be customized for each case.

Most divorce decrees will have:

A divorce decree may also contain court orders regarding alimony, child support, custody, visitation, property division, debt allocation, and retirement benefits. Lastly, the divorce will have the couple’s, attorney, and judge’s signature and the date everyone signed. Some courts will have the clerk stamp the vital records, such as divorce records, using an official seal.

A divorce decree is different from a divorce certificate, but you can use either to prove that you are divorced. A certificate of divorce is not issued by a court. Instead, the state’s health department or bureau of vital statistics will issue it for the sake of record-keeping. Unlike a lengthy divorce decree, a certificate does not go into personal details. It includes the couple’s names and states the date and place of the divorce.

– Who Issues a Divorce Decree?

If the court doesn’t require an in-person hearing, or you didn’t get a copy at the end of a divorce hearing, you can request it from the court clerk’s office in the county where the marriage dissolution took place. You will probably find a copy in the mail or be notified once the document is ready for pick up. Only the people involved in a divorce case can pick up the decree document.

Some courthouses allow you to request the document online, while others require you to submit a request in writing. You might have to download a copy of the request from the court’s website. Whichever the mode of request, you will need to pay a fee to get a copy of your decree. The court will also send a copy to any attorney involved in the case.

– What Happens After You Get Your Divorce Decree?

It’s your responsibility to obey the terms set out in a divorce decree once a divorce is finalized. If your spouse is tasked with paying child and spousal support, you must ensure they comply with the court order. Additionally, if your partner is tasked with clearing marital debt, make sure they do so, or you will also be held responsible for the debt.

Once you get your divorce decree, make sure you:

Some financial institutions will request proof of divorce to divide investment or retirement accounts. There may be additional company forms that you will have to fill out as well. Set apart time to take care of the administrative details for a smooth transition into life after divorce.

– Can You Challenge a Divorce Decree Years After Divorce?

Yes, you can challenge a divorce decree many years after a divorce is granted. You will need to prove that the previous rulings in a divorce case were unfair due to certain errors. When appealing, the court will not allow you to present new evidence. Instead, you can hire a professional divorce attorney who can use previous evidence to contest the judge’s decision.

The other alternative is to modify the divorce agreements. A family law attorney will file a motion in court to have the divorce decree modified because of new changes, such as losing a job. The judge will allow you to prove how the new circumstances warrant the modification of the terms in the divorce decree. 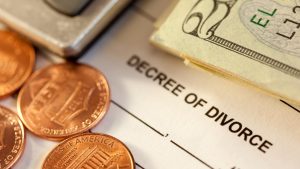 Once the divorce decree is finalized and granted, your divorce is official as a legal matter. Here’s a quick guide on everything to do with a divorce decree:

A divorce decree is a legally binding document. If you or your former spouse fail to obey the terms set by a court order, legal action can be taken to ensure adherence to the agreement.

Who Pays Attorney Fees in Divorce?

How Much Is a Divorce in California: Factors Determining the Cost