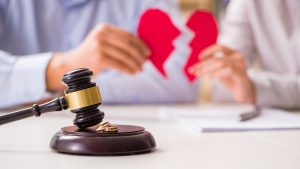 A limited divorce is a judicial proceeding in which the court oversees the separation of a marriage. It is usually reserved for those who do not have grounds for an absolute divorce, require financial assistance and are unable to settle their disputes privately.

Read the article to know the laws regarding limited divorce in different states.

What Is a Limited Divorce?

When a court decrees a limited divorce, it signifies that the separation will be temporary. This is referred to as legal separation by some.

A legal separation can be defined as a court order declaring that a couple is no longer living together and that all issues relating to the marriage have been resolved (child custody, child visitation, child support, spousal support, property distribution, attorney fees and personal conduct), but the couple’s marital status remains the same for the moment.

If you meet the following criteria, you may file a limited divorce:

The limited divorce allows you to make interim decisions concerning:

What Happens When You File for Limited Divorce?

The parties live apart but are still legally married during a limited divorce.

For religious reasons, a limited divorce agreement can be beneficial. A court may award spousal and child support, as well as use and custody of the marital residence and some categories of personal property when a limited divorce is granted.

The court may decide the ownership of personal property or order the sale and split of proceeds under state law, but not real estate property. Minor children’s interim custody may also be determined by the court. In the next section, let’s see the details of limited divorce in some U.S. states.

Under Maryland, marriage is a civil contract between two people and a divorce is the legal dissolution of a marriage that has been ordered by a court. Divorce in Maryland is of two types: absolute or limited.

After filing for limited divorce in Maryland according to these grounds, a decree of limited divorce is given and thereafter you can make the temporary decisions about custody of the children, child support, alimony, the use and possession of property, etc. However, it is not necessary to get a limited divorce before you can get an absolute divorce. 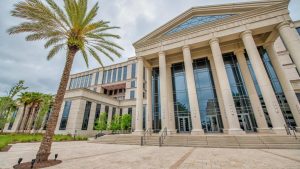 In Florida, a limited divorce allows a couple to legally separate while still enjoying many of the privileges of marriage. The court can resolve property disputes, manage child custody, visitation and child support concerns, and order alimony payments in limited divorce processes.

Limited divorces are available to Floridians who desire to split without actually divorcing. A limited divorce allows a married couple to officially end their marriage without the total separation that an absolute divorce entails.

Florida is a no-fault divorce state. This means that either spouse can petition for divorce without having to provide a cause other than the fact that one or both parties no longer want to be married. In circumstances of limited divorce, the same is true.

If you want to have a limited divorce, you have the following three grounds for filing it:

Thereafter, courts can give primary custody and visitation rights to children. When a couple is officially granted limited divorce, each individual is responsible for their own financial decisions and not the ones made by the other.

Difference Between Limited and Absolute Divorce

It occurs as a result of marital misconduct or another statutory reason that arises after a marriage ceremony, resulting in the parties’ status being changed from coverture to single. An absolute divorce, in other words, is when a marriage comes to an end.

The Perks of Limited Divorce

There are many reasons why a married couple may not want an absolute divorce. They may have religious concerns or want financial benefits available only to married couples, such as a family health plan, pension benefits, or social security benefits. A trial separation with the expectation of reconciliation could be another basis for a restricted or limited divorce.

In an absolute divorce, the court will rule that your marriage is legally terminated and that you are free to marry again. This sort of divorce also ends all claims to property and is deemed irreversible.

Do You Need To Get Limited Divorce Before Absolute Divorce?

Limited divorce may be a good approach to see if you are making the right decision if you apply for both divorces in this sequence. Some people will get a court-ordered limited divorce and then discover they don’t want to be apart from their spouse. Because the courts did not declare a permanent divorce of your marriage, you can get back together and be subject to all of the legal ramifications of marriage.

Many divorce cases require the parties to wait a year to prove any of the grounds for an absolute divorce. As a result, most divorces aren’t finalized until the parties have been separated for more than 12 months.

The Grounds of Limited and Absolute Divorce

There is a difference between the grounds of limited divorce and absolute divorce, which are as follows:

Grounds for a limited divorce:

Grounds for an absolute divorce: 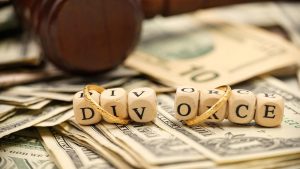 In conclusion, limited divorce is a pathway towards reconciliation of marriage or the end of it. Thus, ensure to step towards limited divorce if you are not entirely sure about getting a divorce and if there is the slightest chance of survival of the marriage.

We conclude the following after reading this article:

We hope that you can now make legally informed choices when it comes to limited divorce and absolute divorce.

Alimony in Kansas: What Divorcing Spouses Should Know About Support

Divorcing with a Newborn: How To Navigate This New Role as a Parent