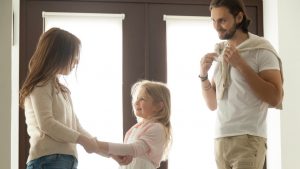 Joint custody child support is available when spouses divorce but still share the responsibility of the daily care of their children. Issues regarding children – particularly custody and support – can be contentious during a divorce. Working out these issues amicably serves the kids best since their interests are prioritized.

This article will highlight the factors for granting joint custody and how child support is determined when custody is shared.

During a divorce, a decision has to be made regarding the physical and legal custody of children in the marriage. Physical custody refers to living with a child in the same house.

Legal custody refers to the right and obligation of a parent to make decisions about a child’s life.

As with most family law issues and cases, courts will allow spouses to create an agreement on issues regarding child custody and support before intervening. If spouses can put their differences aside and work towards creating a fair and reasonable custody arrangement, the judge will likely sign the agreement into a court order. Reaching an agreement on custody and support issues is the best way for parents to ensure that they control what happens after divorce. 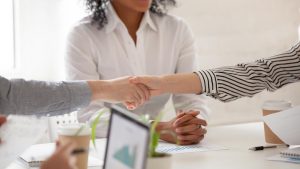 The judge then enters a child custody and support order, which is binding on and enforceable by both spouses.

Split custody refers to when parents with more than one child are granted the sole physical custody of at least one of the children. While this form of custody is rare, split custody child support is still paid if one parent owes the other child support. Courts in most states avoid granting split custody as it is best to keep siblings together for support and stability.

Courts have wide discretion in determining the obligation of each parent in child support, based on the applicable state laws. Child support rules vary from state to state and are dependent on various factors, including the income of each parent, local laws, the children’s specific needs, and the number of overnights spent in either home.

Essentially, the CSSA provides that a court directs a spouse who doesn’t have daily childcare responsibilities to bear a portion of the child support obligation. The amount owed is based on various factors, including income, overnights spent in a parent’s home, and the number of other children needing support.

Each state applies a specific formula to determine child support obligations. However, the most significant consideration is the time spent with each parent.

Most states use the Income Shares Model to apportion child support. This model takes into account the combined monthly income of spouses and the number of children in the marriage to determine the amount of child support to be paid.

The Percentage of Income Model may also be applied, in which child support is calculated using a flat percentage of the non-custodial parent’s income. In some states, courts may use a combination of methods to determine child support amounts owed.

A court determines that a parent is to pay child support amounting to $400 per month after considering the incomes of both parents and other relevant factors. If that spouse has 50 percent of the child’s physical custody, then the amount of child support with shared custody would significantly drop to $200 a month.

In some cases, the determination of joint custody child support might be different. After the court acknowledges the total child support obligation, the higher-earning parent will be required to pay the greater share of the child support.

Such a parent is often deemed the “non-custodial parent” and is ordered to pay the allotted share of child support to the “custodial parent.” However, the court may have to go back to the drawing board if the formula yields a result that is considered unfair to one parent.

Some spouses create an oral or written agreement regarding child support. Such agreements can allow them to avoid child support obligations when they aren’t spending time with the child.

A good example is when a child spends the holidays with the non-custodial parent. Some of these written agreements also specify when child support is to be paid and when a spouse doesn’t need to pay.

Parents with an amicable relationship are able to achieve more flexible arrangements. Attorneys may also come in handy in negotiating suitable agreements that will cater to the specific circumstances of spouses and still serve the best interests of the children. 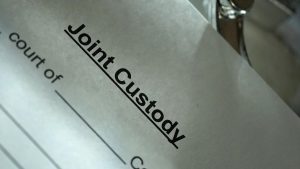 Even with such agreements, some states don’t allow the termination of child support in many situations. This includes when children are in custody or visiting the parent obliged to pay child support. This is because a child will still need support for ongoing needs, such as housing, doctor’s visitations, and extracurricular activities.

Such needs will have to be catered to, regardless of the parent that is caring for the child.

Where parents are granted joint custody, the court can modify the custody order at any time. One of the parents has to demonstrate a change in circumstances for this to happen. Basically, a parent might cite the reasons that could have prevented the other parent from gaining joint custody in the first place.

In most states, courts favor joint child custody since it is in the best interests of a child to have a connection with both parents. However, this does not prevent a court from granting sole custody to a parent if that is what’s best for the child.

Even if one parent is granted sole custody of the child, the court will strive to include the other parent in the child’s life. This is particularly achieved by allowing the non-custodial parent visitation rights or facilitating mediation and therapy for those with addiction and mental health issues. However, most psychological and legal experts advocate for joint custody since it has better results among children of divorced parents.

Some of the reasons why a parent might not be granted shared child custody include: 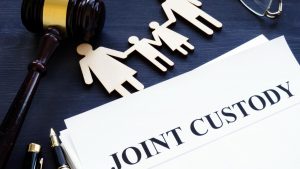 Child custody and support are among the most contentious elements of divorce. When parents who have children together end their marriage, they are required to make child support payments. Even when joint custody is granted, these payments are necessary for the easier adjustment, continuity, and financial stability of the children.

Here are the main things regarding joint custody child support that parents should keep in mind:

Whenever a judge grants joint custody, the obligation to pay child support must be met by the parents. Depending on the state, a judge will consider various factors when determining the child support obligation for each parent.

Covenant Marriage: A Complete Guide for Your Reference