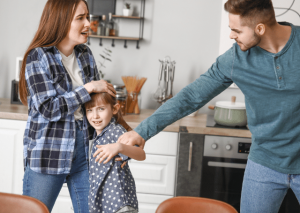 Most parents would do anything to exercise their right to visit and see their children as often as possible. However, there are times when a non-custodial parent misses visitation, either accidentally or on purpose. Visitations, also known as parenting time, are essential for the well-being of everyone involved in a child custody case.

On the one hand, children benefit from knowing that they will see both of their parents. It gives them a sense of security for following a particular routine. In addition, children who grow with both parents tend to have higher self-esteem, become confident teens and adults.

On the other hand, a parenting plan allows the parents to work, have personal time, and handle personal affairs without their children.

While a judge is unlikely to force a parent to spend time with their child, the court expects both parents to comply with the parenting plan.

This article presents a general overview of visitation rights, the consequences of missing them, and the process involved in dealing with missed visitations.

The non-custodial parent picks up the child at the previously fixed visitation schedule. The court encourages frequent visitations as long as it doesn’t interfere with the child’s school schedule. If parents are to reside in locations that are far from each other, the judge will grant more freedom to the non-residential parent during holidays and vacations.

How is the visitation schedule set?

In most states, the law requires divorcing parents to discuss and draft an agreement that outlines the visitation plans.

If parents are in a strong disagreement, they may need the assistance of a third-party mediator to help them negotiate the terms of the visitation and reach a mutually beneficial agreement.

Child visitation plans must be approved by a judge since they are required to make sure that it contains a reasonable visitation schedule in the child’s best interests and while making it easy for the co-parent to exercise their visitation rights.

When the Non-custodial Parent is Perpetually Late for Visitation

Some parents don’t exercise parental visitation rights unless convenient for them and fit in their schedules.

When a residential parent finds themselves often rescheduling the visitation plan and wasting hours waiting for the parent to show up, they should speak up about it. The non-residential parent cannot always come up with excuses and persistently disregard his child’s and ex-spouse’s schedule.

If the non-custodial parent is late for visitations, you can inform them that from now on, you can no longer tolerate delay that is affecting your child’s daily life. You can give your ex a window of time to be late, after which non-custodial parent will forfeit visitation slot. For this to work, you should highlight that there will be no make-ups or replacement slots.

If the non-custodial parent feels offended or wants to take it to court, be prepared to present a record of the regular late visitations up to that point and accurately defend your perspective and rationale for the modified rule, you implemented.

What Happens if the Non-Custodial Parent Misses Visitation? 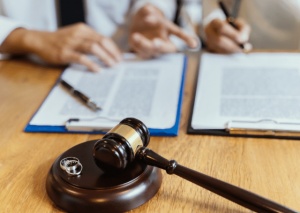 Before returning to court, it might be better for the custodial parent to try to fix the problem by doing one of the following:

The consequences of a parent not showing up for visitation mainly vary depending on the severity of the violation, how many times the parent has skipped visitation, and the child’s best interest.

A judge will rarely revoke the non-custodial parent’s right to visit. However, there are consequences for violating the visitation schedule.

Some of the measures a judge could take when a parent misses his visitations are:

The judge’s primary concern is the child’s well-being. Thus, he decides based on the child’s best interests. If a non-custodial parent cancels visitation and wishes to make up those visits, the judge may authorize it.

Nevertheless, the judge may deny the request depending on the reasons why the non-residential parent missed the visitation in the first place.

If you are the custodial parent and your ex-spouse requests makeup parenting time, always keep an open mind, consider what is best for your child, and the co-parent. Remember that sometimes things come up unexpectedly and life gets in the way.

What happens if Children Refuse Visitations

In some cases, both the custodial and non-custodial parents are willing to abide by the visitation schedule; however, the child refuses to do so. Since the court sets the schedule to meet the child’s best interests, no one can force them to visit their parents.

Nonetheless, the custodial parent should follow legal ramifications in cooperating with the child’s refusal.

Parents should never forget that their children will always tie them together in a way or another. So, both parents should try to maintain a decent relationship for the sake of their kids. As long as it is not a constant issue, they should do everything they can to work together in the child’s best interests.

Common Law Marriage Texas: Is It Recognized by the State?

The Cost of Divorce and the Financial Risks Involved