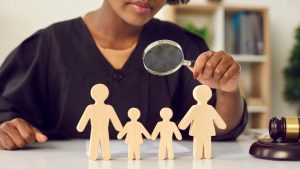 There are many reasons a judge will change custody for children. In particular, this will happen to protect and benefit the child. But, the law on the modification of child custody can be complicated.

So, let’s break it down and see what you need to know.

Why a Judge Would Modify Child Custody

Child custody is a matter that always has to be dealt with in divorce that involves young children. Namely, parents can share custody of their child or children, or custody can be appointed to one parent over another. The reasons for this order will depend on the individual circumstances.

Over time, a judge can modify child custody. It will not continue indefinitely if it is not working for the family. Indeed, if the circumstances change and the order is no longer suitable or helps with the child’s welfare and needs, they can modify the child custody arrangements.

This can be done before a child is 18 years old.

For a modification to happen, one of the parents will have to request the court to look at their case. This will involve a judge looking for a modification of all of the facts of the case and seeing whether something significant has happened that can affect the child custody order.

Therefore, for there to be a modification, there has to be a substantial change of circumstances. In particular, adjusting the child custody order will ensure that the child’s best interests are satisfied.

Can There Be a Motion to Modify Custody if One Parent Is Not Following the Terms?

Yes, a judge will be open to changing a child custody agreement if one parent is not following the agreed original terms. It is important to remember that the terms laid out in a child custody order must be abided by. In particular, this forms a legal contract, and both parents are responsible for sticking to what they have agreed on.

One situation that often leads to disagreement between two parents is when they are not following the order. This could mean that they are not showing up to take physical custody of the child or keeping their child for longer than they are allowed to. Whatever the action, if it is not outlined in the order, this can be a ground for change.

A parent will have to petition the court to change the child custody order. This will mean presenting evidence that shows what the other parent is doing wrong and how it is against the order in place. You will also have to make the other parent aware that you are making this petition, which gives them a chance to respond.

It will be important to show that their actions are affecting the welfare of the child. You should not bring any personal grievances to the court. However, you can ask for them to be charged with contempt of court if the other parent is violating the terms of the child custody order.

Yes, courts will take parental alienation seriously. This is when one parent tries to exclude the other from seeing their child. This is something that a judge accepts is not beneficial for the child who will benefit from spending time with both of their parents. Indeed, many studies demonstrate how important it is for children to have their mother and father in their lives.

It is important to note that parental alienation is when you exclude a partner without justification. There might be times when it is appropriate to limit the time a parent spends with their child. The most important thing is to consult the court about this and not take matters into your own hands.

If you feel like you are being alienated from your child, this is a matter that you can take to court. It can happen in a number of ways, and it might be happening subtly. A court will be able to look at the child custody order and make sure that this matter is addressed without causing any disruption for the child.

Will a Judge Take into Account a Parent’s Changing Circumstances?

Yes, if a parent’s circumstances have changed significantly, then a court is going to take this into account when it comes to child custody. In particular, if something has happened that is going to affect a child’s welfare or the way they can care for them, arrangements can be made to ensure their needs can be met.

A judge will have to see that a change is substantial and that it is going to have a noticeable effect on a child’s life. For instance, you may have lost your home and can no longer offer a place to live for your child. Perhaps you have lost your job, and you cannot take on the role as the sole custodial parent.

It is important to note that it is not just negative changes that can modify a child custody order. Positive changes will be taken into account by a judge too. For example, a parent may be able to gain custody of their child if they have turned their life around, and they can show evidence of this in court.

What Will Happen if a Child Is in Danger from a Custodial Parent?

If a child is going to be in danger due to the child custody order that is in place, it is likely a judge will consider making changes. The child is always at the center of any order, and their best interests should always be met. This means that if one parent is endangering the child in any way, they are likely to have their rights limited.

Of course, this is going to include if there is any physical danger to the child, such as abuse or violence. Emotional and psychological abuse can also lead to child custody changes. But, even if the parent is harming themselves somehow, this can mean they lose their rights.

For instance, this can include taking drugs or alcohol and having mental health issues. While the parent is not always going to be blamed for things that happen, such as developing a mental health issue, the child’s needs and safety are always put first by a judge.

What Will Happen if Both Parents Want a Child Custody Order To Change?

Indeed, there is not always one incident that leads to a change in a child custody order. It can also be the case that both parents believe the circumstances have changed and another order will be suitable to offer the best environment to their child. In this case, changes to a child custody plan can be amicable. 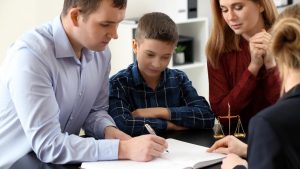 It will still involve a court becoming involved even if the parents agree. You are able to negotiate a parenting plan together and agree on what you want to happen about the physical or legal custody of your child. But, it will then need to be submitted to the court for it to be approved. Otherwise, the old order is still going to stand.

Does a Custodial Parent Have To Live in One Place?

Often, a child custody order is going to outline where a custodial parent stays. In other words, there can be geographic restrictions that are in place to make sure that the child can have access to both parents. This does mean that a parent may not be able to move freely to another state or area of the country.

There are several outcomes in this type of situation. For example, if the parent has to move because of work or another good reason, it might mean that the judge will modify the child’s order to accommodate this. After all, it is always in the child’s best interests that the court will be concerned about.

However, there can be situations that would mean that a parent would have to give up being the sole custodian of the child if they were going to move. Again, this is something that a court is going to help with and find the best solution for the child.

Will Reasons for Modification of Custody Include the Child’s Wishes?

There can be many reasons to change custody agreement, and the child’s wishes might be one of them. If a child has a strong desire to live with one parent over the other, the judge will take this into consideration for changing custody.

In particular, some states recognize that a child over 12 years old can express who they want to live with. Thus, an order can be brought to the court, and a judge will listen to what a child has to say. But, they are also going to have to consider other facts and circumstances in the case to make sure that this is going to be the right decision when it comes to the welfare of that child.

What Do You Have To Do To Change Child Custody?

First of all, you need to notify the court that you want to change the child custody order. It is essential that you never make changes yourself and go against the order you already have. You must have modifications made before any arrangements you have changed with the other parent.

Next, the judge will consider your case. You are going to have to provide evidence to show something has changed, and this requires a modification of the child custody order. The judge is not just going to take your word for it. So, spend time gathering evidence so that you can back up the claims you want to make.

You must realize that the ruling of the judge will be final. You should never attempt to ignore their judgment, as this can get you into trouble with the law. It can lead to contempt of court charges, which can mean substantial fines and even having to spend time in jail with a sentence on your record. 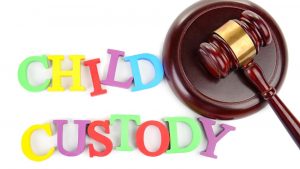 There can be many reasons for a custody change after the case has been settled in court. The most important thing is that the right decision is made for the child and their welfare.

Let’s summarize what we have found out about grounds for custody modification:

Child custody orders become legal contracts between parents. But, this does not mean that they are set in stone. Indeed, modifications can be made if they will be in the child’s best interests.

Common Law Marriage Rhode Island: Everything You Need To Know

How Divorce Changes a Man: Its Effects and the Ways To Cope From It