It’s common for any divorced parent to ask, “what does child support cover?”

Child support, which is essential to every child’s life, covers the “basic” expenses associated with raising a child. This includes food, shelter, clothing, transportation, health care, and specific educational costs (yes, even if the child is in public school). 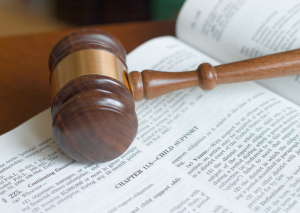 However, because child support obligations vary from state to state, you must be aware of the fine print.

Therefore, in this article, we’ll tell you everything you need to know about child support, including how long you have to provide it, its usage, its purpose, and what happens when a parent misuses it.

What Is Child Support?

Before we delve into child support uses, it’s essential to make a side note.

When a court orders someone to pay child support, that parent will pay the child’s custodian rather than directly paying the child.

This is because courts view children as not being able to look after their own. Therefore, the custodian will receive child support but can use the money only for the child’s benefit, which means that the custodian can’t use it for personal expenses (more on this later).

– How Long Do I Have to Provide Child Support?

In most states, a parent must provide child support until the child reaches the age of majority; or, in simpler terms, until the child is considered an adult, which can be 18, 19, or 21.

However, some states, for example, Idaho and Missouri, require a parent to pay a child’s college tuition fees despite the child reaching the age of majority.

– Do I Have to Provide Child Support for My Stepchildren?

No, you don’t. A parent only has the legal responsibility of paying for their biological children. That’s the short answer.

The long answer is that a court will not generally order you to pay child support for a stepchild unless you have formally adopted the stepchild. Though most states adhere to this rule, New York, Washington, and 18 other states require a stepparent to support their stepchildren financially.

Let’s pause here for a minute. As you read further below, we want to remind you that the line between the custodian using child support for personal expenses and the child’s benefit may become blurry.

However, we promise that by the time you reach the end of this article, all of your confusion will be cleared.

What Is Child Support Used for?

In general, the purpose of child support is to maintain the child’s standard of living and to make sure that her basic needs are met. To give you a better understanding of what this means, we’ll explore the basic expenses covered by child support.

At its simplest form, child support expenses include food and shelter. You can use the money from child support to buy groceries, order takeout, pick something out of a vending machine, or even dine at a restaurant.

However, a child probably won’t be eating at a restaurant by herself. Therefore, though child support is supposed to be used only for the child’s benefit, the custodian can also use that money to have a meal with her child at the restaurant (and the situation is the same for buying groceries and ordering takeout).

Things become murkier when talking about shelter. Children need a safe place to grow up, which includes a house in a safe neighborhood. Therefore, the money the custodian receives from child support can be put towards rent, utilities, property taxes, mortgage payments, insurance, home repairs, cleaning and toilet issues, furniture, and small appliances (such as a toaster, microwave, kettle, and other similar items).

Such expenses are not a misuse of child support, which we’ll cover later, even though the child is not the sole beneficiary. 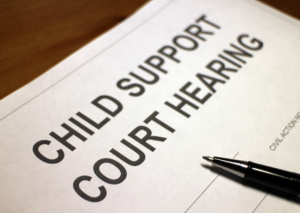 Clothing consists of diapers, school uniforms, a winter jacket, rain boots, alterations or repairs to clothes and shoes, and laundry. However, notice that, unlike food and shelter with the exception of laundry, money used from child support to buy a child’s clothing will usually only benefit the child.

Transportation can include anything from a fare on public transport to the lease or ownership of a car. This means that, similar to shelter, costs associated with the custodian’s car, such as insurance, maintenance, gas, and repairs, will be covered by child support.

While critics may argue that using child support to pay for the custodian’s car primarily benefits the custodian, it’s essential to keep in mind that the custodian will be using the vehicle to get the child from point a to b. For example, a parent will use the car to take the child to school, a dance recital, basketball practice, or a birthday party. You get the picture.

Health care, such as doctor’s visits, prescription glasses, dental care, and other services that will keep a child healthy is also a part of child support. However, what usually happens is that the parent who has better health insurance will include the child in their insurance plan so that the child is protected against all kinds of medical emergencies.

Even though your child may be in public school, there are costs, such as book rentals, supplies, lunch money, and field trips. Child support will cover these costs as well.

But, wait, there’s more! Child expenses can also include entertainment costs, such as tickets to the movies, Netflix subscription, access to the Internet, and a child’s extracurricular activities, such as admissions to sports or social events.

This means that the custodian has a great deal of discretion in deciding how to spend these funds. Unfortunately, this can leave room for the custodian to misuse child support.

Let’s discuss a few examples so that you have a clear idea of what we’re talking about.

If you believe that the custodian benefits from child support, you should immediately report such misconduct to the court. Then, depending on the state where you live, he or she may lose visitation or custodial rights.

– How Do I Know If I’m Misusing Child Support?

While there is no clear answer to this question, courts have provided guidance.

Before you buy anything, it’s essential to ask the following two questions:

If the answer to both questions is “yes,” then you’re not misusing child support.
For example, buying a brand-new iPad for your child during the lockdown will primarily benefit him, and it’s vital in today’s world as he’s schooling from home — even if you occasionally use it to make FaceTime calls to your sister.

However, buying him a new soundbar to enhance his movie-viewing experience is a misuse of child support. Even though it’ll primarily benefit him, it’s not absolutely necessary.

We understand that a break-up or divorce and the subsequent discussion of child support can be intimidating. However, it’s important to remember that courts will always do what’s in the child’s best interests.

Therefore, take a deep breath, chalk out what you think you need for your child before asking for child support, and put your best foot forward. It’ll work out in the end. We hope that this article has finally answered your long search of asking, “what does child support cover?”