Filing for child custody when the parents live in different states depends on whether both parents agree on which state to file for custody.

Suppose parents haven’t reached an agreement about where to file, and they live in different states, the law dictates that the “home state of the child” principle will apply. This principle means a court is permitted to decide custody arrangements of the child.

The “home state” principle applies in most states and most situations. However, a few exceptions are depending on the circumstances. 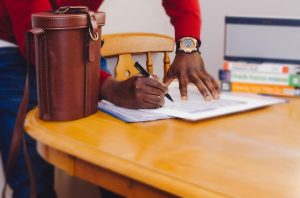 Parents can agree to have joint custody when they live in different states and create a parenting plan to reflect this agreement.

Suppose parents agree on which state to file their parenting plan. In that case, that particular state’s guidelines will be observed when making a parenting plan and custody schedule.

What if parents disagree?

If parents disagree on a parenting plan and state jurisdiction over custody arrangements, the Uniform Child Custody Jurisdiction and Enforcement Act (UCCJEA) will apply.

The UCCJEA stipulates that a state court can decide the custody arrangements only when at least one of the following is true:

If more than one state meets the above requirements, the state that makes (or has already made) the first decision on custody will have authority. This court authority also means that other states will enforce the judgment.

What is the “home state” principle?

A “home state” refers to the “state where a child lived with a parent or a person acting as a parent for at least six consecutive months immediately before the commencement of a child-custody proceeding.

In the case of a child less than six months old, the term means the state in which the child lived from birth with any of the persons mentioned. A period of temporary absence of any of the mentioned persons is considered part of the period.”

Only one state will have jurisdiction over the custody arrangements where parents live in different states. 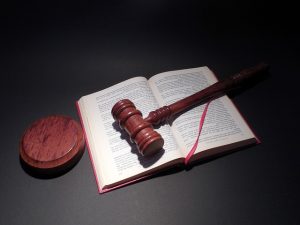 Also, under the “home state” principle, a court with authority may decline its jurisdiction and transfer it to another state:

Once a custody decision has been made by a state court, the state maintains jurisdiction over all matters involving that child, unless:

When parents live in different states, the child custody laws aim to prevent a child’s transfer to another state to grant that state authority over their custody case based on a favorable child custody award. If a parent does this, he or she will be denied custody.

Let’s elaborate on the New York example previously given: when the parents divorced in New York and one of the parties, the mother, together with the children, moved to California. On the other hand, the father continues to live in New York with the children maintaining a significant connection to New York. This connection involves regular visits to New York and spending their summers there.

Three years later, the father files a suit in a New York court to modify custody. The mother attempts to transfer jurisdiction to California. In this case, the UCCJEA will prevent her attempt to change jurisdiction. The UCCJEA acts to stop “jurisdictional forum shopping” to protect the New York court with original jurisdiction. However, there’s one exemption to this rule: if the child’s parents or any person acting as a parent do not live in the original state anymore.

To clarify the above statement, imagine the mother and her children moved to California after the parents divorced in New York. At the same time, the father also moved to Las Vegas. Because the children and both parents no longer live in New York, its courts lose their exclusive, continuing jurisdiction to modify their custody orders. For practical purposes, that means jurisdiction to change those orders will most likely not be in New York. Instead, the change will occur in the state where the children and at least one parent have taken up residence. In this case, it’s the state of California. 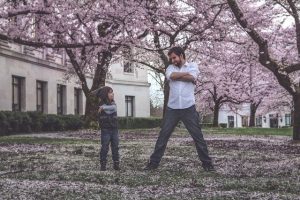 Modifying the process of determining who gets custody of the child can only be done at the court where it started. A court of another state does not have the authority to alter this initial process. However, a transfer of court authority can occur when the state with the initial power relinquishes its jurisdiction to another state. The change in jurisdiction becomes possible only after the court determines that neither party lives resides in the state with jurisdiction.

Let’s suppose a child’s father gets custody in the New York courts while the mother moves to Arizona. Suppose the child spends the summer in Arizona with his/her mother. In that case, the mother cannot go to Arizona’s courts and try to change custody – New York still has continuing jurisdiction.

A temporary emergency order can be sought in a state which otherwise doesn’t have jurisdiction if the child is in danger or needs immediate protection.

All states except Massachusetts (and Puerto Rico) follow the UCCJEA. Under the UCCJEA, you can file for temporary emergency custody in a state other than the home state if:

Massachusetts adopted a slightly different rule, the Uniform Child Custody Jurisdiction Act (UCCJA). Under the UCCJA, an individual can only apply for temporary emergency jurisdiction when the child has been abandoned or needs emergency protection. Here, the child (not the parent or sibling) is exposed to or threatened with mistreatment or violence.

After issuing an emergency order, the state court will determine if there is an existing custody order from another state in effect. If there is a current order, a reasonable period will be made to allow the parties to return to the court having jurisdiction to dispute the issues in that court.

After determining which state has jurisdiction over your custody arrangements, you and the other parent can prepare your parenting plan and visitation schedule.

A parenting plan or child custody agreement outlines how you and the other parent will continue to care and provide for your children after you separate.

An effective strategy is personalized to fit the needs of your family situation and contains the following information:

Relocating after a plan is in place

If you are the custodial parent and you are relocating, you need to check the terms of your current plan to see where you’re allowed to move the child. If the non-custodial parent does not want you to proceed, you may have to apply to the court to decide on the issue. 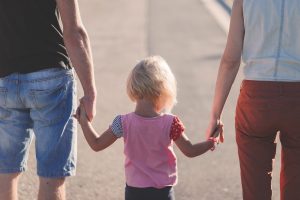 As in all custody in different states cases, you must find a lawyer to advise you about your particular situation and determine which court to go.

Common Law Marriage New Jersey: Is It a Valid Form of Union?

What Can Be Used Against You in a Divorce? Guidelines and Assistance

How To Make Someone Legal Godparents: Ways and Legal Process

Common Law Marriage Vermont: Do the State Laws Allow It??

Can CPS Come To Your House Unannounced? Professional Answers