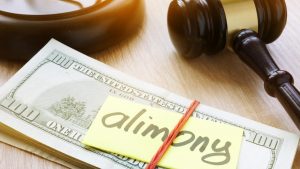 Alimony in Louisiana isn’t always a guaranteed provision during a legal separation or divorce. Besides the emotional strain, severing marital ties can be financially draining as well. This is because a judge may order that you pay alimony to your soon-to-be ex-spouse if you earn significantly more than them.

This article looks at all-things alimony in the state, including its determination, modification, enforcement, and termination.

Qualifying for Alimony in Louisiana

Courts in Louisiana award alimony on a case-by-case basis since no rule states when spousal support must be granted. A judge will look at the individual circumstances of a divorce or separation case before granting an alimony award. Since alimony influences other divorce-related issues like property division, it can become contentious, and spouses may not always agree. In such cases, they have to rely on a judge for a decision.

Divorce in Louisiana can be lengthy and could take a year or more to finalize. Spouses used to having all the household expenses paid for may need financial help before they can support themselves. Such spouses can request spousal support, which may be granted if a judge establishes that they need financial help and that the other spouse has the capacity to pay.

Before a judge can begin evaluation of maintenance, the requesting spouse has to prove that they need financial support and the other spouse’s ability to pay. When the court establishes these two elements, the judge will seek to find out the reason for the divorce. For instance, a judge can limit your alimony award if you cheated during the marriage under Louisiana alimony laws.

Where the requesting spouse isn’t at fault for separation or divorce, a judge will consider the following factors before deciding the amount and duration of alimony:

Types of Spousal Support in Louisiana

Depending on the individual circumstances of a divorce case, a judge may order any of the various types of alimony. The two types of alimony available to Louisiana spouses are interim and final spousal support.

The amount of interim spousal support depends on the needs of the requesting spouse, the ability of the other spouse to pay, any child support award, and the spouses’ living standards during the marriage. Spouses owe each other the duty of financial support during marriage, which explains the need for interim spousal support. Remember, even though spouses physically separate during a divorce process, they are still married until the date of rendering the judgment of divorce.

Essentially, the supporting spouse’s ability to pay alimony is the difference between their monthly income and expenses. If the incomes of the spouses aren’t enough to pay all the expenses, then the court will divide the incomes equitably among both spouses. The expenses of each spouse should be the usual expenses of their marriage.

Generally, a spouse will be eligible for this type of alimony if there is a need for financial support and if they are not at fault for the divorce. In this case, fault could include adultery, domestic violence, and felony convictions. 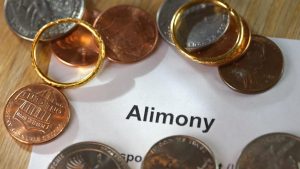 A spousal support award also terminates if the supported spouse cohabits with a non-relative and both live together in the manner of married couples. In the case of remarriage or cohabitation, the obligor spouse may ask the court to end the obligation to pay final spousal support.

This form of spousal support is the most common in Louisiana. It is appropriate where the requesting spouse has the ability to become financially independent but requires time and financial support to become financially independent. While the court may assume that both spouses will engage in gainful employment after divorce, it is likely that one spouse played the homemaking role throughout the marriage.

During their marriage, such spouses lose valuable education or job training and may not reenter the workforce immediately. A judge awards periodic post-divorce spousal support to help them pay their basic expenses as they seek to become self-supporting.

Permanent alimony is a misnomer since it is rare for an alimony award to continue for the rest of the supported spouse’s life. However, there may be valid reasons for a judge to award spousal support for an indefinite span of time.

If the requesting spouse has a disability or is of advanced age, they may not be able to work and may be eligible for permanent spousal support.

Alimony laws in Louisiana allow for the modification of both interim and final spousal support. An award for alimony can be modified with a change in circumstances. For instance, if the income of either spouse changes, the supporting spouse may request the court to modify the amount or duration of alimony.

If you are ordered to make spousal support payments in Louisiana, payments will likely be made by your employer thanks to an income withholding order. Such orders direct the employer of the paying spouse to deduct maintenance payments from the employee’s paycheck and pay to the supported spouse.

Spousal support may also be paid as a lump-sum amount. This is particularly appropriate if the obligor spouse doesn’t have a steady source of income but has many assets. Such assets may be liquidated and a one-time payment made to meet the requesting spouse’s financial needs.

Failure to make payments as ordered could lead to the filing of an enforcement motion by the supported spouse. If the court establishes that the obligor violates the order, they may be charged with contempt of court. Such charges carry with them penalties such as fines, attorney fees, and a jail term.

In the civil law of Louisiana, peremption refers to the period of time for the existence of a right before it is absolutely extinguished. When this period lapses, the claimant is prevented from bringing an action. In Louisiana, the right to claim spousal support after a divorce is subject to a peremption of three years.

Peremption begins to take effect from the latest of the following events: 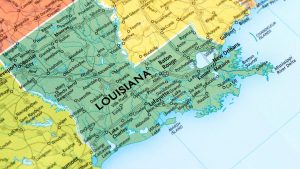 Alimony can be a contentious issue in divorce, and it often takes the court’s intervention for a decision regarding spousal support.

Here’s a recap of the most important things about spousal maintenance Louisiana couples need to know:

Couples looking to end their marital relationship can reach an agreement regarding spousal support to avoid lengthy and costly court procedures. If a solution can’t be fashioned amicably, such couples may need to go to court and let the judge make the decision.

Child Custody When One Parent is in Jail?