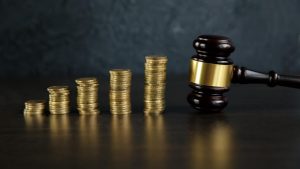 Alimony in NC may be ordered by a court or agreed upon when married couples or cohabiting partners end their marriage or domestic partnership.

Before alimony is awarded, the court must establish that a spouse is entitled to financial support.

In this post, we discuss eligibility to alimony, the factors considered by courts in alimony awards, and the modification of alimony orders in North Carolina.

How To Calculate Alimony in North Carolina

For instance, if spouses were in a long-term marriage and established a high living standard in that time, a judge may consider awarding a significant amount of support. This might also be the case if one spouse was the homemaker and predominantly stayed home to look after their children. In cases where the marriage lasted a few years, both spouses have reliable employment but have no children, the court is less likely to award alimony.

Spouses also come up with agreements when both agree that one is entitled to alimony. In such cases, spouses will agree on a reasonable amount and duration of alimony. Where alimony is agreed upon by spouses, the court will most likely uphold and enforce the agreement provided its terms are equitable.

In determining the alimony amount, duration, and form of payment, the court shall take into consideration the relevant factors, including: 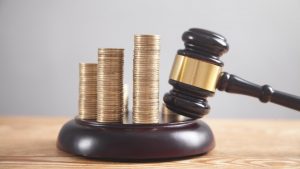 Alimony awards are usually on a case-by-case basis, and it may be impossible to state the average alimony in NC.

North Carolina courts exercise their wide discretion in determining the amount, duration, and the form of payment of alimony.

The court may even order alimony for a specified or indefinite period. However when the alimony is awarded, the court shall review the details about the duration, and who the dependent spouse is once the equitable distribution claim is concluded.

In North Carolina, alimony is defined as an order to pay support or maintenance to a spouse or former spouse. A court can order alimony to be paid in a lump sum or periodically, for a specified period or an indefinite term. It may be ordered in the event of a divorce, whether bed and board or absolute or even without divorce.

Alimony is meant to support a dependent spouse, whether that is the wife or husband. The dependent spouse may need financial support as they adapt to life as a single person. If such a spouse didn’t have an education or job, then spousal support becomes even more necessary.

– Entitlement to Alimony in NC

Either spouse or party can request alimony in the event of a divorce or separation. Courts will order support or maintenance upon a finding that one spouse is financially dependent and that the other can pay support, and that an alimony award is equitable with all the relevant factors taken into consideration.

Even with sufficient grounds for alimony in NC, any act of illicit sexual behavior committed during the marriage, before or on the date of separation rules out an alimony award. If the court establishes that the dependent spouse committed the act of illicit sexual behavior, that spouse misses out on an alimony award. If the supporting spouse committed the act, the court shall order that they pay alimony to the dependent spouse.

In cases where both spouses committed an act of illicit sexual behavior, the court shall award or deny alimony in its broad discretion and after considering the circumstances. Further, the court shall not consider any act of illicit sexual behavior by either spouse that has been condoned by the other spouse when making a decision regarding alimony.

A request for alimony may be heard by a court before the entry of an equitable distribution judgment.

– What Constitutes Marital Misconduct in NC?

NC alimony laws make it clear that a judge considers marital misconduct when making a decision regarding alimony. “Marital misconduct” is certainly a broad term, but it covers any of the following acts:

How To Pay Alimony

Depending on the nature of alimony awarded, a spouse will make periodic payments over a specified period or lump sum alimony in the form of cash or property.

Either spouse may request post-separation support and the requesting spouse must state the factual basis for the requested support.

Before making a decision regarding a request for post-separation support, a court shall consider the following:

Except where the court establishes marital misconduct by the dependent spouse, a spouse is entitled to a post-separation support award if their resources aren’t adequate to meet their reasonable needs.

After the finalization of the divorce, the dependent spouse may get alimony in NC, and the court shall consider the various factors outlined earlier on to make the decision. The court also considers these factors in deciding the amount and duration of alimony, if awarded.

A judge may award temporary alimony if the dependent spouse needs support to get the education or training necessary to find employment and become self-sufficient. In some cases, the court can order permanent support if the dependent spouse is unable to attain financial independence due to a disability that prevents them from working, or because of advanced age.

How To Avoid Paying Alimony

In North Carolina, supporting spouses can avoid the obligation to pay alimony to their ex-spouses by petitioning the court to terminate or modify alimony.

Apart from cases where alimony is paid in lump-sum, alimony orders will mostly terminate on the date entered by the judge or when the supported spouse attains financial independence. If alimony was awarded while the supported spouse enrolled in a job training program, it will likely end when the spouse finishes the program.

NC spousal support also ends if the supported spouse remarries or cohabits with another person in a relationship similar to marriage. Alimony in North Carolina almost always ends when either spouse dies.

If the court awarded permanent alimony, the supporting spouse can request the modification of alimony if there has been a significant change of circumstances making the current alimony order unfair or inappropriate. For instance, if a spouse completed a training program and got a job before the end date on the alimony order, the supporting spouse can ask the court to review and modify the award. 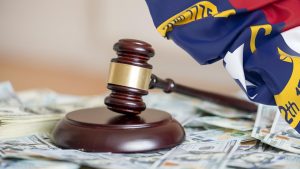 Spousal support in NC is a provision ordered by the court or agreed upon by spouses to help the dependent spouse meet their reasonable financial needs after a divorce.

Here’s a breakdown of the most important things to note about spousal support in North Carolina:

Courts in North Carolina award alimony to support a dependent spouse after a divorce or legal separation. When the court-ordered term or the recipient spouses become self-sufficient, alimony is likely to end.

Happy To Be Divorced: What You Can Do To Feel Good Again After a...

How To Prove Someone Is Lying in Family Court: Warning Signs

Alimony in South Dakota: A Way To Financial Equity During Divorce