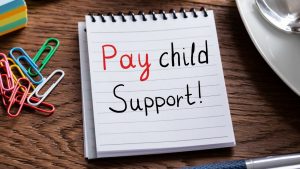 Paying child support without a court order is a question that often comes up in most legal consultations. Whenever spouses who have had a child together decide to terminate their marital relations, they have to face the reality of paying child support. Applies anytime there is a child between two married or unmarried people.

The two parties are certain that the relationship cannot be salvaged. However, neither of them has filed a petition for divorce or child support in court. Here are some of the frequent questions regarding paying child support without a court order.

What Do Child Support Orders Entail?

These are legally binding documents outlining the stringent rules parents have to follow to provide financial support to their children. Besides being ordered by a court after divorce, they can also be agreed upon by spouses out of court. 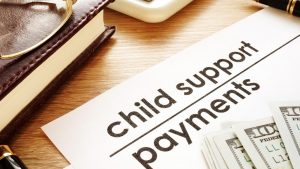 A court order is a direction issued by the court to set the terms for child support. It forms the basis for child support enforcement and collection actions. Court orders dictate how the relevant parties will fulfill their obligations by ensuring regular child support payments in the agreed amount or face penalties for violation of the order.

In all states, children are legally entitled to financial support from parents, from birth until at least 18 years. The exceptions are if a child is married, emancipated, or earlier joined the armed forces. Children are entitled to support regardless of whether the parents are still married, divorced, legally separated, or were never married to begin with.

Does Child Support Have To Be Court Ordered?

Simply put, there is no legal obligation for a parent to pay child support without an order to do so. In case child support is later sought, it can only be collected from the date the petition was served to the parent.

Legal fees for litigations involving matters of child support can be expensive. Therefore, drawing up out-of-court agreements can save time, money, and aggravation. Besides, entrusting the decision to a judge who’s a stranger may sometimes not be the best idea.

If you and your ex-spouse are looking to avoid the lengthy and costly legal process, consider resolving the child support matters without involving a court. Later, the agreement can be presented to the court so that it is signed into an order.

Higher-earning spouses are not obliged to pay child support before divorce is finalized. As such, any out-of-court agreements made before the divorce decree is issued are not legally binding and carry no weight or authority. Such agreements seldom work and can’t be enforced.

Which Is the Best Type of Child Support Arrangement?

Many divorced parents are mostly worried about how ending their marriage will affect the children. It’s always a good idea if the two can make their arrangements regarding child support payments. This helps take care of any disagreement and avoid litigation for a smooth divorce process.

If there’s mutual trust between the parents, they can agree independently and voluntarily. However, in most states, the court has to review and approve the agreement.

This means reviewing the child support, custody, and visitation agreements to ensure that they are all in the child’s best interests. For many couples, the court signs this agreement into an order, which then becomes the official terms of the child support.

Many parents receiving non court ordered child support are shocked when the support ends and the court looks at it as more of a gift than a requirement. The absence of a formal written agreement between the parties involved leaves a parent with no choice but to return to court and petition for court-ordered child support payments.

Sometimes, the parents fail to agree on the best terms for paying child support without a court order, or the agreement is deemed bad for the child. In such cases, the court will have to use a formula to arrive at a final child support amount. It will consider factors such as the children’s needs, earning capacity, the number of children, and the amount of time each parent spends with the child.

How Do Voluntary Agreements Work?

Sometimes, parents agree on a voluntary child support agreement. It clearly states the obligations of each parent to their child, especially concerning child support.

The agreement includes payments from when the child starts school until the college level. The basic premise is that you agree with your former spouse to adhere to all the points raised in the agreement. 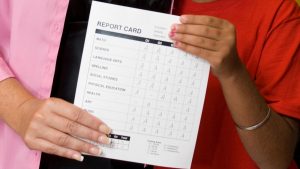 The child may also be required to maintain a good grade to ensure he or she doesn’t take advantage of the situation. Even if the parents go through a strenuous divorce process, the court always honors the voluntary child support agreement the parents signed.

All of the agreed points should be clarified before the finality of the agreement and enforced by the law.

Can I Get Credit for What I Have Already Paid?

Always keep a receipt of payment or some written type of proof. This is especially important in case your former spouse claims you have been defaulting in payments.

A parent who is delinquent in child support payments may be subject to any or all of the following:

Does My Support Have to Be Paid Through My Employer?

However, such a scenario involves risk for the parent paying when claims of default or arrears are made. Always discuss with an attorney the steps to lessen the risks before proceeding with such an arrangement.

Does An Out-of-Court Child Support Arrangement Need a Lawyer?

As with any other legal issue, you can always proceed on your own. However, problems will likely arise during the process that will warrant the expertise of a family lawyer. Paying child support without a court order can be tough to work out. Having a lawyer ensures that you pay the correct amount and helps minimize your chances of later going back to court.

Your state may also offer family justice services that may recommend mediation that can help reach an out-of-court agreement with the other parent. If both parents accept an assistance agreement, they can submit a child welfare contract. If a disagreement over payments arises, you can request an administrative assessment of child care at any moment. 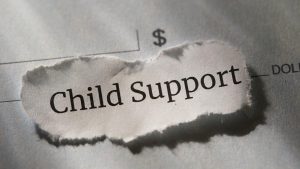 There are extensive and specific rules concerning child support.

Here’s a recap of the most important things about child support agreement without court orders parents need to know:

Parents can reach an agreement without a lengthy court procedure. However, if a solution can’t be arrived at amicably, such parents may need to go to court and allow the judge to make a decision.

Alimony in Texas: Determination and Calculation of Spousal Maintenance