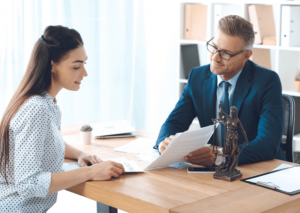 The issue of non-biological parent custody rights is on the rise due to the evolving concept of the family as a unit. Traditionally, courts had to decide the parenting rights between two biological parents, but nowadays, non-biological parents also take care of children in the form of stepparents, relatives or family friends. In this article, we’ll take a closer look at the nuances and details of this unique situation.

Alternatively, what happens when both biological parents are absent, unfit or unwilling to take care of the child? In such cases, the child’s guardian will need legal standing to take proper care of their child’s education, health care and other needs.

Can a Non-biological Parent Get Custody?

The court may award a non-biological parent custody if:

In general, the court considers giving custody to a non-biological parent who has shared a sufficient amount of time with the child whom they consider as part of their family.

For example, consider that a woman marries a man who already has a child from a previous marriage and that child lives with them full time. The child will view his father’s wife as his stepmother. In case of a divorce, automatically, the kid’s custody will remain with the biological father.

However, if the father cannot take care of the child for any reason — in case of his imprisonment, disappearance, or death — the court might grant the stepmother custody rights if the biological mother is unavailable for any reason. Keep in mind that the biological mother would be the next in line for her child’s custody, before the stepparent who wishes to provide a loving and caring home.

In these cases, all concerned groups can reach an agreement peacefully and suitably, with both parents agreeing and approving the set-up. Parents should always consider the child’s best interest and avoid arguments and drawn-out court battles.

What Are the Custody Rights of a Non-biological Parent? 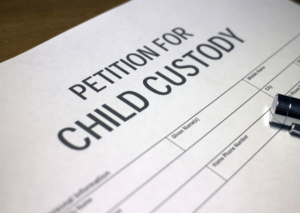 In addition to child custody rights, non-biological parents can also practice numerous other parental rights, such as:

It is important to note that rights may vary between state statutes.

How Can the Non-biological Father Be the Legal Parent?

Non-biological fathers, including stepfathers, long-term partners and same-sex partners, develop a deep bond with their non-biological children. In some cases, a father might take time to discover that the child is not his own. Fortunately, most of the states offer non-biological parents visitation and parental rights.

For the court to grant a non-biological father the status of a legal parent, he should offer proof of one of the following:

In case the court agrees to hear the case, it offers the biological father a chance to present his arguments and evidence (i.e., paternity or DNA test) that supports his request. Yet, the court does not terminate the non-biological parent’s rights just because a father can prove their paternity.

What if the Father Is Not a Legal Parent?

As a Non-biological Parent: Should You Hire an Attorney?

However, only a judge can give you custody, which you must request by filing a petition with the appropriate court. In this case, a professional lawyer you trust can guide you through the process and ensure that the court makes a decision that serves the child’s best interest.

In all custody battles, parties fight for the child or children while disregarding the effect this battle can have on their mental and emotional health. Therefore, parents, biological or not, should always put the child’s best interests before theirs and try to alleviate the emotional burdens that a child endures during custody battles.

Divorce Advice for Women: Ways To Be Successful During Separation

What Is Pendente Lite Relief and What Can You Expect From It?

Types of Divorce: How They Can Benefit You in the Long Run

Happy To Be Divorced: What You Can Do To Feel Good Again After a...