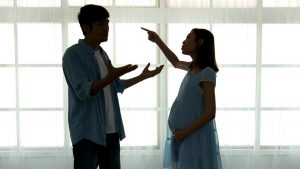 If are put in a situation where you or your wife are legally married but pregnant by another man, you might feel confused and not know what to do. The correct first step would be to decide with whom you want to raise your child, because the laws of some states say that, although the husband is not the biological father of the child, he will be the legal parent and might have some rights accordingly.

Read this complete guide to know about the rights related to the unborn child.

Married and Pregnant With Someone Else Baby

You should figure out what role the biological father plans to play or if you want him to take part in the child upbringing, such as child support, visiting rights, and a parenting plan. You have to manage your relationship with your present partner, such as whether he still wants to be married and whether he still wants to be in a relationship with you despite the fact that you are carrying someone else’s child.

The fact that you had an “affair” suggests that something is missing in your present relationship, which you must both address before you can go on in the relationship and determine how to manage the matter. You both will have to deal with the trust problem that has arisen as a result of this event (which can take a long time to repair). We propose that you seek professional treatment to help navigate through these many stages. 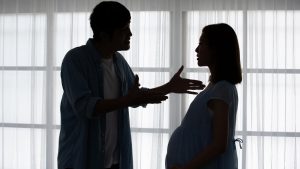 You can seek the judge to revoke (undo) the spouse’s paternity of a non-marital child whether you are the husband or wife.

To seek the judge to revoke paternity, either you or your spouse must file a motion to determine that the child born out of wedlock.

To prepare the forms you’ll need, utilise the do-it-yourself revoke paternity established by marriage tool. You have the alternative of filing a Motion to Determine Child Born Out of Wedlock while your divorce is still pending, or you may wait until the divorce is final. However, the longer you wait to petition, the less likely the judge is to cancel paternity.

Go to the “I Need to Revoke Paternity Established by Marriage”: Court Procedure page to learn more about how the judge makes decisions in this sort of case and the court process.

What about the individual who caused the wife’s pregnancy? Do they have any legal rights, and is it possible to prove that they are the father? Do the mother and her husband’s rights to raise the child on their own trump the rights of the third party to have paternity confirmed in this case? Is the child entitled to know who his or her biological father is?

This would prevent the third person from being identified as the biological father of a child born to a married woman at the time.

When the woman moves on to a new relationship and becomes pregnant, the husband and wife may remain separated for a long time but not divorced. In these situations, it’s not always apparent who is legally accountable for the child and who has parental rights.

If these are your conditions, you cannot just ignore the problem. You must take action to correct this situation, whether by divorce or otherwise, because any child born to the woman during the marriage is deemed to be the husband’s child by law.

DNA testing is meaningless in and of itself. This is a legal matter that has to be handled right away. Even if the partner is not the biological father, he can still claim the child as his own and defeat any parental rights claims made by the biological father. On the other hand, the husband can allow a paternity or legitimation case to progress so that he is no longer recognised as the legal father.

The procedures in these circumstances are not straightforward. If you are the biological father attempting to legitimize, the mother attempting to either defend against or legitimize the biological father, or if you are the husband, get legal advice immediately. This piece of advise is devoid of exaggeration. It’s difficult, and it is going to be a time-consuming process.

The instances outlined above, as well as many more like them, result in complicated legal proceedings involving divorce, paternity, custody, visitation and support, among other things. If a man suspects or knows that a child born during his marriage is not his biological child, he might employ a variety of strategies.

DNA testing is a commonly available method of conclusively verifying a child’s paternity. However, the conditions under which DNA testing is requested are fact-dependent and vary depending on the circumstances.

The alternatives available also depend on whether the child is already subject to court orders, such as temporary orders during a divorce or a final divorce verdict. In some circumstances, in addition to proving that you are not the child’s biological father, you will need to try to overturn court orders.

This is not a simple operation, and you will need the advice of an experienced attorney who can guide you through it.

Even though you have been separated for some time, you remain legally married to your spouse until your divorce is finalised. As a result, it constitutes adultery to have an intimate connection with someone other than your husband.

This is made worse by falling pregnant with another man’s child. Your spouse might potentially include grounds of infidelity to his divorce petition, which might cause issues and lengthen the divorce process.

Getting pregnant by another man might have an impact on settlement talks, especially if your husband isn’t ready to let go. When he finds out you’re seeing someone else, he can react negatively. Making decisions may be challenging, especially if you’ve been attempting to reach an agreement with each other. This may cause the judge to make judgments for you that you do not agree with.

Failure to achieve an agreement increases the stress and cost of the divorce. Keep in mind that if adultery was committed solely for the goal of gaining a quick divorce, the court will not award an early divorce. 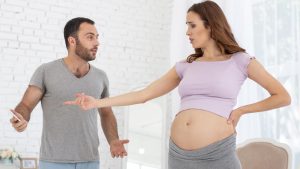 Pregnancy during a marriage complicates numerous concerns and may jeopardize your ability to have a successful divorce process. If you’re expecting a child, talk to your divorce lawyers. He or she will go over the legal implications of becoming pregnant during the divorce process.

Pregnant with another man’s baby while married could create complicated and unending problems, so keep in mind the complications discussed in this article.

Unmarried Father Rights Ohio: Everything You Need To Know as a Dad