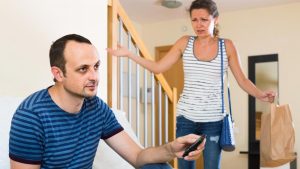 Legal separation in Virginia allows couples to live separately without going through the divorce process. Couples who have legally separated live apart and fulfill various marital obligations before divorce, as directed by a court order. This article goes into the details of legal separation and separation agreements in the state.

How to File for Legal Separation in Virginia

You can’t file for legal separation in Virginia since there is no such status as being “legally separated” in the state. Married couples do not have to file any paperwork. However, if couples intend to separate for the purposes of divorce, there needs to be an action and intention – they must live separately and apart and intend to end their marriage.

Ending the marriage doesn’t require a mutual agreement as divorce can be granted if one spouse has the intention.

– Options for Legal Separation in Virginia

Although there is no provision for legal separation in Virginia, there are three processes similar to what is referred to as “legal separation” in other states.

Below, we discuss what each option entails and the similarity to legal separation.

Living “Separate and Apart” From Your Spouse 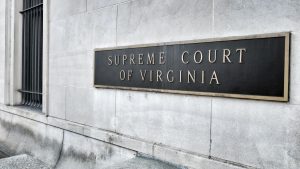 Whenever a spouse files for divorce in Virginia, the court will ask for reasons or grounds for their divorce. Virginia divorce laws provide for no-fault divorce, meaning that a spouse simply wants out of the marriage. As a basic requirement for no-fault divorces in the state, a couple must live “separate and apart without cohabitation and interruption for one year.”

For couples who have negotiated and drafted a separation agreement and have no children, they can get a no-fault divorce by living separately and apart for six uninterrupted months. As such, the couples must separate physically and financially during this period to show the court that they intend to separate permanently.

During the separation period, spouses should not live under the same roof or share bank accounts – they should simply disentangle from each other’s lives. The date that such spouses start to live separate and apart is known as the “date of separation” and is of importance when spouses finally decide to file their divorce petition.

Separation agreements Virginia spouses draft also help outline how spouses plan to separate their lives by putting on record the matters they have agreed on. As long as it is a valid contract, courts may accept simple handwritten settlement agreements.

In the short term, separation agreements can help spouses living separately and apart resolve issues such as child custody and property division. They also act as the groundwork for the divorce case that is likely to be filed later. These contracts also help resolve most of the spouses’ day-to-day matters, such as the living arrangements and the property each spouse will claim.

Couples without children can also draft and sign a settlement agreement and wait only six months to file for divorce instead of one year as required by state law. What’s more, having a separation agreement helps spouses live out their lives as if they were no longer married, partly due to the language used in the agreement.

While separation agreements are written and signed by choice, they are binding and can be affirmed, ratified, and incorporated into the final divorce decree. For instance, if spouses decide that one gets the marital home and the other gets a savings account of similar value, the judge will likely honor this agreement in future divorce cases.

Provided matters are settled equitably by the spouses; a judge will almost always honor their agreement. That means settlement agreements can help spouses make decisions on the various elements of divorce instead of waiting to address the issues during divorce (after the period of separation).

Bed and Board Divorces in Virginia

Virginia offers two types of divorce: absolute divorce or divorce from the bond of matrimony, which is the kind that most people think of when the word “divorce” is mentioned. The state of Virginia also provides for a type of partial divorce referred to as “divorce from bed and board.”

As defined by Virginia law, divorce from bed and board is a legal act of separation and can be likened to legal separation in other jurisdictions. A spouse requesting this type of divorce must cite at least one of the various reasons or grounds, including cruelty, willful desertion, or reasonable fear of bodily harm.

Some spouses also use a divorce from bed and board to shield them from the pressure of the various divorce elements as they wait for an absolute divorce. In this kind of divorce, at least one of the spouses alleges misconduct or wrongdoing of the other as the cause of separation.

In Virginia, spouses who wish to terminate their marital ties must first separate and show their intention to get divorced. Whenever spouses separate for the purposes of divorce, it means that they live separately and apart, with no cohabitation for at least a year. Moreover, at least one of the parties has to state an intention to file for divorce and terminate the marriage.

Some married couples separate and live apart but with the hope of reconciling and getting back together. In such cases, the court won’t activate your separation until one of the spouses decides that reconciliation is not possible and the relationship is irreparable.

– What Is Legal Separation?

Legal separation is an arrangement in which a married couple lives separately and apart but remains legally married. The concept of legal separation indicates that spouses believe their marriage is over and is often the first step towards divorce. Spouses legally separated in Virginia live separately and apart and fulfill certain marital obligations.

Couples may mutually agree to legal separation, or they may be ordered by judicial decree. In many cases, couples opt for legal separation due to religious reasons or to maintain certain benefits of marriage, such as health insurance or life insurance benefits.

In Virginia, couples are either legally married or not; there is no in-between. However, separation laws in Virginia provide a few practical ways for spouses to live as if they were legally separated.

– How Does a Bed and Board Divorce Compare to Immediate Absolute Divorce?

Some cases may warrant an immediate absolute divorce without the waiting period. In a case where a spouse qualifies for such, the advantages of a bed and board divorce are significantly watered down.

Spouses who cite adultery of felony convictions as the reason for filing are most likely granted an immediate absolute divorce. Outside of these two grounds, spouses have to separate before filing for an absolute divorce.

Bed and board divorce best applies to cases where spouses require the waiting period before filing for absolute divorce. During the waiting period, which is normally 12 months, spouses can settle issues such as child custody and asset division. Courts can help such spouses work through the various divorce-related issues and come up with reasonable agreements.

When the period of separation ends and the spouses file for absolute divorce, they can refer the court to the agreements they made during the bed and board divorce. This helps shorten the divorce process – which can often get long and complicated – since most of the divorce-related issues have already been addressed.

– What Is the Difference Between Legal Separation and a Period of Separation?

Given that you are still legally married to your spouse, you are not allowed to date other people during the separation period. If this happens and is brought up in court, it could be seen as adultery, which is a misdemeanor in the state.

Similarly, resuming your normal marital life (such as going on a date or spending a night at your spouse’s house) resets the date of separation. That means you will have to wait for a year from the ‘new’ date of separation before filing the divorce petition.

In both divorce and legal separation, spouses have rights and obligations that they must fulfill. For instance, spouses continue to be financially responsible for each other and any children in the marriage. As such, the spouse or courts will decide on child support and spousal maintenance.

During this period, such couples have the status of “legally separated” before filing for divorce. However, such a stage does not exist in Virginia, and couples are either married or not married. 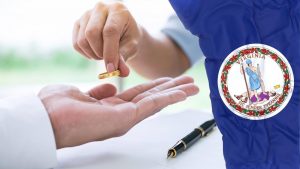 “Legal separation” is a term used in many states to refer to the marital status of being legally separated. To wind up the discussion, here are the main things about legal separation in Virginia you should keep in mind:

In some states, couples who wish to live separate and apart without severing their marital ties can file for a legal separation. However, Virginia does not recognize legal separation, but the law provides options that are quite similar to this process.

Ex Parte Divorce: Do I Need My Spouse Involved To Get a Divorce?

Alimony in Michigan and How the Law Works for Spousal Support