Legal separation in Texas is not legally recognized. Thus, the couples who split before divorcing can ask the court to help them maintain their rights while they are apart. 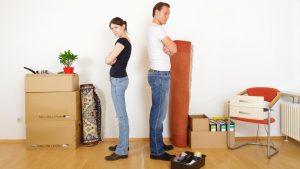 Temporary orders, protective orders, cases impacting the parent-child connection, and separation agreements can all be used in Texas to achieve many of the same aims as a so-called legal separation instead of getting legally separated in Texas.

All of these choices are comparable to a legal separation in that they allow you to offer visitation, financial support, and property orders without going through a divorce or before it is finalized.

Is Divorce Better Than Separation in Texas

Many people believe that the date of separation has legal implications. Separated spouses in Texas are still legally married, no matter how long they have been apart. In Texas, being separated does not provide any particular legal status. Whether or whether they are still living together, a couple is either married or not married.

So, why is this important?

Community property rights and debts continue to accrue without a divorce. While spouses are still married, they owe each other specific responsibilities. Because all property remains in the community, each spouse has a responsibility not to waste community funds or take on unneeded debt.

There may be benefits to separating while remaining married. Being married can provide financial security for both parties, delay the cost of divorce, and allow both spouses to preserve their health care coverage.

After a divorce, ex-spouses usually cannot remain on the other partner’s health insurance policy as part of a family plan. Even if you live apart, staying married assures that you have health insurance until both of you can get your policy through work or elsewhere. 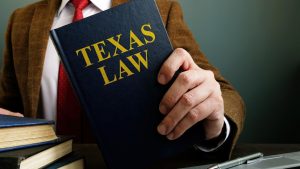 A post-marital property arrangement allows partners to stay married while keeping their finances separate. Under Texas law, spouses can engage in a formal agreement to share their property, income, and obligations and make other agreements.

Even if you’re still married, you can effectively be financially divorced with such an agreement. On the other hand, a spouse cannot be compelled to sign a post-marital arrangement. It is entirely voluntary to sign such a contract. A divorce lawyer can assist you in drafting and negotiating this type of arrangement with your spouse.

How To File for Legal Separation in Texas?

You cannot file for legal separation in Texas; thus, you could follow the alternatives mentioned below:

In most circumstances, you and your husband can reach an oral agreement for the trial’s parameters, such as financial support and child visitation. The court doesn’t monitor trial separations, so if you don’t reconcile, you’ll have to decide whether to file for divorce or negotiate a parenting plan and property split arrangement.

Legal separation agreement safeguards both parties and ensures that each spouse is held accountable to the other. If either side chooses to disregard the agreement, the other can subsequently seek court intervention.

This is, however, a complicated procedure that should only be done by a lawyer. Minor errors might have serious implications, so you should contact a lawyer to prepare this contract.

A temporary order is used to provide one spouse exclusive usage of the house. A temporary order can also specify who is responsible for certain bills, when each parent will see their children, and whether interim alimony or child support is necessary while the divorce is underway.

On the other hand, a protective order could be used to safeguard you and your kids from domestic abuse. A protection order can prevent the respondent from contacting the petitioner and is generally valid for two years.

Additionally, a Suit Affecting the Parent-Child Relationship (SAPCR) in Texas may be used to establish child support and custody.

In other circumstances, the financial problems of the parties are complicated (keep in mind, though, that if you are separated but have not filed for divorce, there may be financial penalties. Because Texas is a “community property” state, whatever debts and assets you and your spouse earn while unofficially separated must be shared equally), and they frequently seek legal advice to try to work out an informal legal separation.

However, because Texas does not recognize any type of legal separation, whether formal or informal, attorneys may only do so much to protect the parties while they are apart.

Further, a “partition and exchange agreement” is one of the most typical ways of splitting community property when a couple separates. Such an agreement permits the transfer of marital property or property interest to a spouse, making it separate property for that spouse.

In general, there is no time limit in Texas for spouses to be apart. The marriage will last until one of the spouses dies or the other divorces. The sole exception is if the couple is married in a common-law relationship. 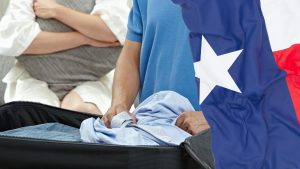 In the end, absence indeed makes the heart grow fonder. As a result, even if Texas does not require it, separation might be a good alternative for couples who want some time and space to figure out whether divorce is the right decision for them.

We conclude the following:

With this article, you can decide the right actions to take when it comes to legal separation in TX.

Facts About Common Law Marriage Minnesota That You Didn’t Know

How To Pay For a Divorce Lawyer With No Money?