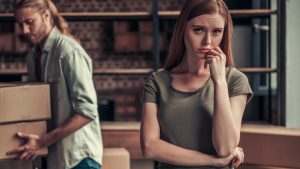 Legal separation in Missouri is referred to as separate maintenance. It’s legal recourse to separating as a couple in a way other than divorce. The state of Missouri revised its statutes to set forth a procedure for legal separation as an alternative to divorce. It allows the court not to terminate the marriage but instead issue orders similar to those issued in a divorce.

How to File for Legal Separation in Missouri

To file a legal separation in Missouri, a petition is filed in circuit court in the county where either partner resides. It may be transferred to the county where the respondent resides only if that county was the children’s residence during the 90 days immediately before filing the petition. The case can also be transferred in the best interests of the child who will be best served in that county.

Missouri Revised Statutes section 452.310 states that the petition must include the date and location of the marriage and date of physical separation. It should also include the children’s names and ages and any agreements made by the couple regarding child custody and financial support.

It’s important to note that this petition does not request the dissolution of marriage.

The state of Missouri encourages couples to consider a legal separation before filing for divorce. Missouri separation laws offer legal separation as a means to help couples gain perspective on their marital problems and perhaps resolve their differences.

Legal separation commences the process of separating you and your partner’s lives and assets. Even though it’s not irreversible like a divorce, it’s a crucial step that lays down the groundwork for a fair division of property and responsibilities. For example, the court may mandate that your spouse pay for certain things and offer assistance if they do not follow through. 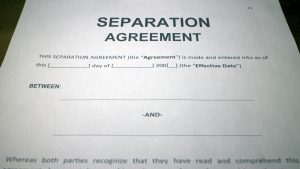 The legal separation process begins when one partner files a petition for separate maintenance. The court requires a settlement agreement before the judge finalizes your case. This is a legally-binding document containing the terms and conditions of separation.

A Missouri separation agreement should contain crucial information for your case, including child custody, support and visitation, spousal support, and property division.

Once you come to an agreement, you can present the agreed terms of separation to get the judge’s approval. The court will go through the agreement to ensure that it’s fair to both sides. Finally, a judge signs it and finalizes the separation.

The state of Missouri does not require a couple to establish grounds for legal separation. However, if one of the spouses refuses to grant the separation, then the court may request that before you are declared to be legally separate from spouse, you avail the legal grounds.

Some of the acceptable grounds include:

If your partner has no record of misconduct, the court may grant you legal separation only if you have been living separately for two years without reconciling.

A judge will consider factors such as earning potential, each person’s assets, job history, debts, and education level before dividing marital property. Marital property is divided evenly unless the spouses have a valid prenuptial or postnuptial agreement that implies a different agreement between the couple.

Assets either spouse acquired before marriage are not viewed as community property. Instead, these will be seen as “separate” property and not eligible to be split between the pair.

Once a legal separation order is issued, the two of you are forbidden from remarrying, selling off assets, or incurring major debts.

Some of the factors considered include:

Spousal support is granted to one spouse based on these factors:

– Is an Attorney Required for Legal Separation?

– What Is Trial Separation?

A trial separation is an agreement that allows a married couple to test and see whether a permanent separation or divorce is in the best interests of the family. It’s accessible to any married couple since it’s not court-regulated.

A couple lives apart for a set period to reflect on the marriage before involving the court. The couple will either decide to reconcile, get a legal separation in MO, or file for divorce after a trial separation.

– What Happens if There Is a Disagreement on Settlement Terms?

If the separating couple cannot agree on a settlement, they proceed to a trial where a judge divides the property, awards alimony, and sets the child support obligation. The court also determines what is in the best interest of the children when awarding custody.

The more the two of you spend fighting, the higher the legal fees and court costs. Therefore, it’s in the best interests to work out a solution that’s fair to everyone before proceeding to court.

This means a court can turn down a divorce petition and grant a legal separation instead. Missouri courts can approve a divorce when they are convinced the marriage is irretrievably broken with no potential of preserving it.

The main difference between a legal separation and divorce is that both of you are still legally married at the end of the separation process. Neither of you can remarry without first requesting the court for a formal conversion of the legal separation into a divorce.

On the other hand, marriage is over after a divorce. Typically, spouses cease to live under the same roof and live their separate lives. Whenever there is a disagreement, the court will intervene and quell any issues before issuing an order for separation.

– What Are the Benefits of Legal Separation?

The benefits of legal separation in Missouri are that it holds hope for reconciliation. Reconciliation wipes the slate clean so that the fault of one spouse will not be used as the ground for legal separation. Some couples also prefer it over divorce for religious or other cultural reasons since it offers a less permanent outcome.

Legal separation saves you time and money. Converting a separation order into an official decree is relatively simple in Missouri. It’s a great financial cushion that leaves a couple better prepared if they ultimately decide to divorce. In other cases, it buys a spouse time to get a job and get back on their feet.

A legal separation allows one spouse to still qualify for health insurance coverage from the other spouse’s job. Also, a divorce may cause the termination of valuable tax benefits accumulated by the spouses.

A legal separation agreement protects you from being responsible for debts accrued by your spouse during the separation period if you live in an equitable distribution state. However, this privilege is not available if you live in a community property state. 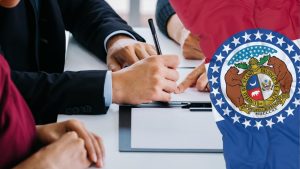 A separate maintenance ruling grants the couple all the legal protections associated with a divorce without actually ending the marriage.

Let’s look back at the important facts we have learned today:

How To Find Out if Someone Is Divorced: Steps and Rules To Be Followed