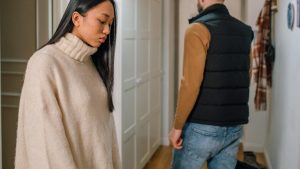 For traditional marriages, Louisiana no longer has an action for a legal separation.

How to File for a Legal Separation in Louisiana 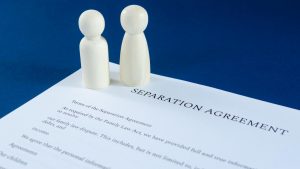 During a legal separation, spouses should work together to establish a separation agreement. A Louisiana separation agreement is a legally-binding contract signed by a couple that contains the terms and conditions of separation. It can be a very complex and detailed document depending on the unique situation of the marriage.

The court will need a settlement agreement availed before a judge makes a final decision. The document should contain the agreed terms for property division, alimony, child support, custody, and visitation.

Additionally, the state will require that at least one spouse has been a resident of Louisiana for at least one year before filing for legal separation in Louisiana. The petition may be filed in the parish where either the petitioner or respondent lives.

A couple can avail the separation agreement before a court to get a final decision from the judge. The court will carefully analyze the document and ensure that it’s fair to both sides before getting the judge’s signature. Some courts may require the couple to participate in marital counseling before the judge can grant your petition for separation.

How Is Marital Property Divided in Louisiana?

All property acquired by either spouse before marriage is not viewed as marital property. Rather, these will be considered “separate” property and not eligible to be split between the pair.

Dividing retirement benefits can be a tedious process that requires an experienced attorney. A professional lawyer can help you determine which accounts are eligible to be divided. The values of IRA and 401(k) plans are relatively easy to figure out since a statement showing how much is in the account is usually issued.

On the other hand, pension plans are not paid out until after retirement and may therefore be difficult to value today. Depending on the type of plan, you need a Qualified Domestic Relations Order (QDRO) from the court. This helps a plan administrator divide benefits between the spouses.

In a legal separation, a spouse may petition the court for child support and/or spousal support.

Some of the factors considered when setting the child support include:

Spousal support is calculated based on factors such as:

– Is an Attorney Required for Legal Separation?

Not really. It’s possible to go through a legal separation process without the help of an attorney. However, hiring an experienced family lawyer makes all the difference since the Louisiana separation laws are ever-changing.

– What Is a Covenant Marriage?

A covenant marriage is a marriage entered into by a male and female who understands that the marriage between them is a lifelong relationship, according to section 9:272 of the Louisiana Revised Status. A couple seeking this kind of marriage must first declare their intent then go for counseling before obtaining a marriage license.

The non-breaching party can only seek to legally end the marriage if there’s a complete and total breach of the marital covenant. A judgment of legal separation or divorce in a covenant marriage may not be obtained until the parties obtain counseling.

– What Happens if Spouses Can’t Agree on Settlement Terms?

If a separating couple disagrees on the settlement terms, the court will have to intervene and make a final decision on the child support and alimony to be awarded as well as how the property is to be divided. The judge will also use “the best interest of the child” standard when awarding custody.

Disagreements can be costly. The more time two spouses spend fighting in court, the higher the court and lawyer fees will be. It’s recommended to try as much as possible to work out a fair solution before presenting an agreement in court.

– What Happens If Spouses Reconcile?

If spouses reconcile, the couple will get a fresh start and the faults of either spouse will no longer be used as a ground for legal separation.

The reconciliation process cannot be effected without cohabitation and resumption of marital status. It’s a defense in a case where you file for a legal separation, and your spouse is against it. The other spouse can try to prove separation in Louisiana should be ended since you two reconciled.

The spouses are still considered next of kin and make crucial financial and medical decisions. Often, both partners opt to live separate lives and if a disagreement arises, the court acts as a mediator to resolve any issues.

In a legal separation, the spouses still remain legally married after the process. Neither of the two can remarry, unless a divorce is first sought.

– Why Go for Separation Instead of a Divorce?

Generally, there exists no right or wrong reason to choose a legal separation instead of a divorce. In most cases, covenant marriages are hard to terminate, and couples find it easier to file for a legal separation. Besides, a separation gives a less permanent outcome if both of you agree that getting a divorce isn’t right for your relationship.

Other common reasons for opting for a legal separation include: 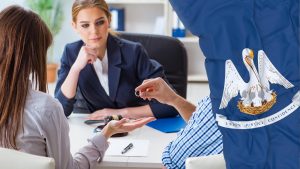 Legal separation as a concept was removed when Louisiana migrated to a no-fault divorce model, which allows the parties to seek divorce 180 days after the filing date when the spouses have lived separate and apart.

Let us recap the important points in this article:

Legal separation in Louisiana is only available for spouses in a covenant marriage. Those in traditional marriages have to explore other legal options if they are looking to end their marriage without filing for divorce.