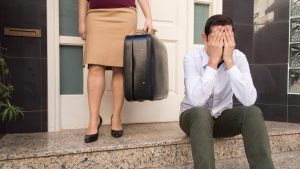 Legal separation in Kansas is also referred to as separate maintenance and offers couples the option to live separately but remain married in the eyes of the law. About 14 percent of females and 12 percent of males aged 18 and above are either separated or divorced in Kansas.

This is a growing number that can slowly affect the community. This is why the state allows legally separated couples to still provide financial support to each other while living their separate lives.

How to File for Legal Separation in Kansas

To file for legal separation in Kansas, a 60-day waiting period is required from the time you file the request to when the judge grants the separation. During this time, you may be mandated by the court to attend marriage counseling to save the relationship.

This order can be waived if there is evidence of domestic violence. Couples can also use this time to set up the terms for separation, including spousal support, child custody and support, debts, and property division.

Once the 60 days are over and the couple still wants to be separated, the court will require submission of the proposed agreement for the judge’s approval. Ultimately, the court has the final say on any matters impacting legal custody, visitation, child support, and residency.

One of the spouses must have resided in Kansas for more than 60 days before filing legal separation papers. The petition should be filed in the county court where either spouse lives. The petitioner needs to ask the court to incorporate the separation agreement into the decree for separate maintenance.

While some couples may decide to take some time apart as “trial separation,” this does not constitute a separation. The state requires a spouse filing for legal separation in Kansas to do so under the family court whereby the parties remain married but live apart.

The petition must indicate each spouse’s name and birthday, whether there are minor children from the marriage, if so, names and birthdays of each child, each spouse’s address, the wedding date, and the day your separation began.

Kansas advises couples to try out a legal separation before filing a divorce petition. The state understands that marriages are difficult and separate maintenance gives couples a chance to work through their issues.

Even though a legal separation is reversible compared to divorce, it sets the guidelines for fair distribution of responsibilities and property. For example, your spouse may be ordered by the court to pay for certain basic needs and face the repercussions if he/she defaults on payments. 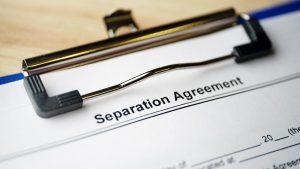 A Kansas separation agreement should contain all the vital information for the case, such as child custody and visitation, property division, alimony, and child support. Once both of you agree, you can present the terms for separation in court to get the judge’s approval.

The judge goes through the document to ascertain if it is fair to both sides then grants the separation.

A judge will consider factors such as each person’s assets, earning potential, debts, education level, and job history, dividing property. Marital property is often divided equally unless the couple has a valid pre- or post-nuptial agreement stating how the couple would like to have their property divided.

Any asset either partner had before the marriage will not be considered as community property. Instead, they are viewed as “separate” property and should not be split between the two spouses.

In a legal separation, a spouse may petition the court for child support and/or spousal support. Courts in Kansas refer to the state’s child support guidelines when setting child support obligations.

Grounds for Legal Separation in Kansas

Couples in Kansas seeking legal separation must avail a legally acceptable reason for their request. Kansas is a no-fault divorce state. This means neither of the spouses can blame the other for the disintegration of their marriage. Instead, you will need to prove to the court that you and your spouse are incompatible.

One most common reason for a legal separation is to provide a degree of separation between the couple to give the parties time to save the relationship before filing for divorce. Another is a desire to create a stable home environment for their children and avoid putting them through the trauma of a painful divorce process.

Legal separation saves time and money. The cost implication that comes with divorce is quite huge and may cause additional stress on the couple; hence most prefer legal separation since it has the following advantages:

– What is Trial Separation?

– Do You Need a Lawyer For a Legal Separation Case?

No. Technically, you can choose to represent yourself during the separation process. However, a lot of important information may be lost in translation. An attorney plays a vital role in safeguarding your interests, protecting your rights, and ensuring that all procedures required by law and the court are followed throughout the action.

The difference between legal separation and divorce is that in legal separation, the spouses remain married after separating. Neither you nor your partner is allowed to marry without first getting a divorce. If one spouse files for separation while the other files for divorce, the court has to rule on the divorce instead of the separation maintenance.

In separate maintenance, a separation agreement is drawn up. This legally binding agreement is where assets, debts, and child support are equally shared between the two partners. The separation documents have to be notarized according to the Kansas Statutes, Article 16, Chapter 60, and Section 1604.

In a legal separation, one partner can file a court motion and come to a consensus to address any issues related to the divorce. Couples in a separation agreement can choose to share the home and share the responsibility of raising their children.

However, in most cases, both spouses move to different homes and start living separate lives. In case of a disagreement, the court will step in to resolve any issues before granting you a separation 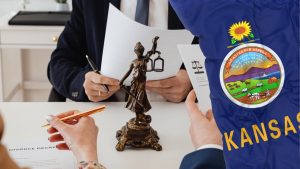 Legal separation in Kansas is a straightforward process. The state requires the same grounds of separation as those found in a divorce petition.

Here’s some crucial points to remember:

Rather than signing divorce papers and ending marriage permanently, married couples going through a rough patch have the option of filing for a legal separation. This legal process allows them to live separately while still being legally married.

Dissolution or Divorce | What is Your Best Option?

Limited Divorce and Absolute Divorce: A Complete Guide for Spouses