Irreconcilable differences imply that a person and their spouse are unable to communicate well enough to keep their marriage intact. This lack of compatibility can lead to various other problems in the union.

It doesn’t matter what caused the break in the marriage; irreconcilable differences simply mean that the marriage can’t be fixed since the disparities between the spouses are too large. 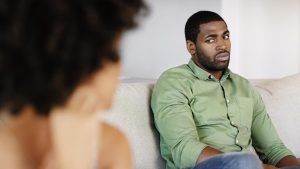 There are times when people simply feel as if they can’t keep their marriage together due to whatever problems they’re having. This is similar to the fact that if you file for divorce on irreconcilable differences, you don’t have to come to an agreement on why you’re divorcing your spouse.

What Are Irreconcilable Differences?

The word “irreconcilable differences” is used in family law to describe one of the reasons for a no-fault divorce. Incompatibility and irreversible or irreversible disintegration are also names used by different states.

The California Family Code Section 2311, for example, defines irreconcilable differences as circumstances considered by the court to be substantial causes for terminating the marriage, and that makes it obvious that the marriage should be dissolved.

Even so, at-fault divorces may have little bearing on matters such as property division, child custody, alimony, and other aspects of a divorce. But, exceptions follow.

Reason for Irreconcilable Differences in a Relationship

Every person has various beliefs, habits, upbringings, and personalities that contribute to who they are, all of which might lead to a marriage breakdown.

When a couple claims irreconcilable differences as “the cause” of their divorce, it implies that they are unable to reconcile their differences to have a successful future together. This includes failed attempts at therapy and other methods of marriage counseling to resolve their problems.

Some married couples have severe disagreements regarding debt build-up, sticking to a consistent budget, managing property, selling assets, and so much more. Financial strain can manifest itself in various ways, resulting in irreconcilable disputes.

Parenting can be controversial in every marriage, and disagreements can quickly erode healthy communication. 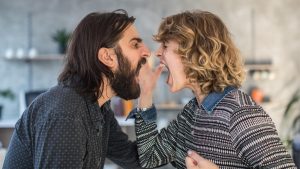 This can make problem-solving in the marriage extremely difficult– or simply having the most basic conversation appear extremely difficult. Marriages can become intolerable to stay in due to communication failures and frequent disputes, which frequently leads to divorce.

Both couples may be adamant about their conflicting religious beliefs, making marriage exceedingly challenging to maintain.

Filing for Divorce for Irreconcilable Differences

When a couple files for divorce due to irreconcilable differences, it is referred to as a no-fault divorce. This means that neither spouse tries to establish wrongdoing that led to the divorce.

Unreconciled differences, on the other hand, indicate that the relationship has grown apart for one or more causes. They can’t continue to be married because of these basic differences.

The requirements for filing for divorce or dissolution on the grounds of irreconcilable differences range greatly from state to state. Some states, for example, impose waiting periods, while others may require the couple to live separately for a period of time (typically at least six months) before filing for divorce based on irreconcilable differences.

Other requirements that are usually mentioned are:

In most places, if one spouse refuses to agree to the divorce or does not agree that there are inconsolable differences, the court will not dissolve the marriage. This means you’ll need to have a different reason for divorce.

The legal grounds from which you can choose will be specified by your state. Adultery, cruelty, and voluntary separation are examples of these. Voluntary separation occurs when you and your spouse live separately and no longer act as a couple for at least a year.

Even if your husband disagrees with your reason for divorce, you can still go forward with it. When you hit this snag, you’ll have to revise your petition and likely spend more time in front of the judge figuring out why you’re divorcing and how to divide your assets.

Including the above-mentioned examples, some more examples are as follows:

Divorce may be a painful and stressful event in one’s life. A divorce may affect your income, property, and disturb your typical daily routine, in addition to the emotional toll it may take on you and your family.

Divorce and dissolution might also entail some complicated legal procedures. If you are pursuing a divorce due to irreconcilable differences, you should obtain legal advice from a competent divorce attorney.

An expert divorce lawyer can offer sound advice and represent your best interests throughout the legal procedure. Remember to inquire with your attorney about the precise restrictions that pertain to your state’s jurisdiction. 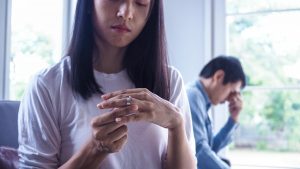 In conclusion, irreconcilable differences in a relationship refer to a couple’s belief that, despite counseling, they will not be able to restore their marriage. They are divorcing because a fundamental aspect of their relationship prevents them from being happily married.

We also conclude the following after reading this article:

We hope you can now make legally informed choices and decide whether what you have can be classified under irreconcilable differences.