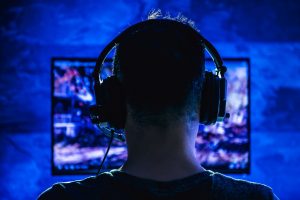 I want to leave my husband because of video games that have ruined our communication in marriage, should I go on? After seeing enough of your husband’s obsession with video games, this could be you. However, you shouldn’t give up and seek divorce because we have ways to help you out of the situation and normalize things.

This article will discuss the main reasons for your hubby’s game addiction, how it’s impacting your marriage, and potential tips to help him stop gaming.

Video Gaming as Grounds for Divorce

In most cases, the issue of money and lack of it are the main causes of conflict in marriages which may lead to divorce. Also, divorce is higher when there’s an unemployed partner in a relationship.

What more? Research also indicates that couples in some states are more prone to divorce than in others. For example, reports suggest that people living in Wyoming, Oklahoma, and Nevada have higher divorce rates. Could gaming in any manner be related to the high divorce rates? This is certainly not the case.

Studies show that not everyone engaging in video gaming has problems in their marital relationships. The determinant factor, however, is the number of resources and time one spends playing these games. If someone can moderate the time spent on games and keep healthy relationships with their spouses, the chances of a breakup or divorce due to gaming become minimal.

Recent analysis outline some relationship between divorce and Fortnite, a popular video game. About 5% of those seeking divorce listed Fortnite as one of the reasons for their divorce. The video-playing husband also spent more time gaming than giving attention to his wife. His addiction to gaming was, therefore, the main reason for the divorce.

Another study by the Journal of Leisure Research has established that 73% of men engage in games during marriage. Also, 75% of women wished that their partners could spend less time on gaming since they felt it was affecting their relationship. In fact, their husbands’ constant desire to play games led to frequent arguments.

Another interesting thing about the study is that in scenarios where both partners engaged in video gaming, 76% allege that it strengthened their marital relationship. Studies also reveal that if someone gets addicted to video games right from childhood, the issue will likely creep into their marriage if they fail to exercise caution.

This impacts the marriage since the person feels it’s right to access games in every free time at their disposal. As such, the marriage won’t last for long.

– Other Effects of Gaming

Gaming can further affect your relationship in many ways. For instance, a couple that spends a significant part of their time playing video games may develop an unhealthy pattern where the focus shifts to discussing gaming activities instead of real-life issues. Excessive gaming may also affect communication in marriage since a husband may come from work and spend a large chunk of his time playing instead of talking to his wife.

Therefore, the couple will lack proper time to express each others’ feelings and talk about life challenges. Marital issues will likely affect their relationship if a couple plays video games late into the night and fails to go to bed simultaneously. In the long run, this may lead to divorce or separation.

It’s therefore important for a couple to balance time between games and other activities to maintain a healthy, long-lasting relationship.

Tips To Help Stop Your Husband From Video Game Addiction

Since leaving your husband isn’t the best option, it’s wise to find ways that can help minimize his addiction. It only needs dedication and commitment from both of you to ensure that gaming doesn’t impact your marriage to the point of divorce. Below are tips to help stop or reduce your husband’s addiction to video games.

Before concluding that your husband is suffering from game addiction, you need to evaluate whether he has five or more of the symptoms listed below:

– Find Out Why He Likes Excessive Gaming

– Appreciate That Gaming Could Be His Hobby

Just like you have personal hobbies, gaming could be one of your husband’s hobbies. From this point of view, you can appreciate it and instead find a way to talk to him so that he doesn’t feel nagged. Because he treasures gaming, he may want to create as much time as possible for it. However, you should advise him on how to regulate it and find different hobbies.

– Talk to Him When He’s Finished With the Video Games

Please don’t start talking about his game addiction when he’s still gaming. Things may turn ugly for you. Wait until he finishes gaming before you can chat with him about reducing or stopping it. If you force talking to him while he’s still playing, he may not offer enough concentration to you. This may also make him feel distracted and fail to game appropriately.

– Suggest a Way Out

It would be best if you didn’t command your boyfriend to stop playing video games immediately. Instead, ask him whether he would mind making dinner with you since it relaxes you. Request him to spend some dinnertime with you, then play video games. This idea might convince him to spend more time with you.

At times, talking to your boyfriend may not help the situation. You may have also tried all the tips mentioned above to no avail. You should find a way to have both of you visit a couple’s counselor. You’ll then have an opportunity to express your concerns about his game addiction and why he needs to stop.

Yes, game addiction among married men is real. Although video addiction only affected teenagers previously, it has also shifted to adults. An addiction among men happens when they spend time playing these games than with their families. Mostly, the wife is left wondering what to do next when she sees her husband addicted to video games.

– How Common Is Video Game Addiction?

A 2016 research indicates that the prevalence of video gaming addiction ranges from 0.7% to 27.5%. The research also reveals that more males engage in-game activities than females. Although game addiction is most common among young people, some adults have also adopted it.

Further research on game addiction states that excessive gaming affects parts of the brain tasked with impulse control, reward, and sensory-motor coordination. The study noted that video game addiction could be similar to drug abuse since it affects the sensitivity of the dopamine reward mechanism.

The game industry has grown immensely, and many are discussing its possible impact on various aspects of peoples’ lives. As has been noted, video games come with great addiction for most gamers. Research shows that gaming could significantly impact marriage and even result in divorce.

Many believe gaming could contribute to the rising number of divorces witnessed in the United States. However, no research has proven this to be true.

Although gaming can affect your marriage, it shouldn’t be the root cause of divorce. Most men take part in video games as a way to relax, socialize with friends or deal with disturbing life issues. As a summary, let’s check the important points one more time: 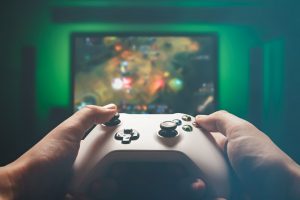 If you’ve applied many efforts, but your husband hasn’t reduced or stopped his addiction to video games, we suggest you visit a couple’s counselor today and ask for further help.

How Long Do You Have to Be Married to Get Alimony: Process and Timelines

How Much Is a Divorce in Ohio: Calculating the Cost of Divorce

Can CPS Come To Your House Unannounced? Professional Answers