To win a relocation custody case, there are many factors a parent should consider. Reasons to consider relocating a child may vary; however, it is best to act in the child’s best interest and consider all alternatives before resorting to relocation custody.

Courts will always rule in the child’s best interest, so before filing, a parent should ensure that the reason for the location is valid. Relocation custody cases are complex because, in all situations, there is one clear winner and one clear loser. After relocation custody is granted, the court will have to alter the previous agreement’s conditions.

Relocation laws vary from state to state regarding requirements for relocation, consent requirements, and expected notice. It is essential to realize that a judge will recognize both parties’ parental rights before passing a judgment. 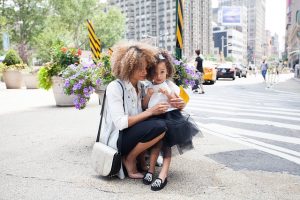 There are several types of relocation custody cases. Easy cases to win are the cases where one parent is negligent or absent in the child’s life and has not formed a solid relationship with the child given the opportunity. Lack of consistency when a child lives close is a clear indication of neglect and heavily influences a court’s decision. However, when a parent shows signs of character, regular visitation, presence during birthday, award events, and holidays, it is harder for the other parent to get relocation rights.

In most cases, a judge will rule relocation if necessary. With two present, responsible parents, a judge will allow changes to the previous agreement. The hard part of winning a relocation custody case is proving that the relocation is necessary and poses minimal threat to a child’s current lifestyle and relationships. A child’s age and development are also possible considerations in cases. A much younger child may not realize any change in environment, making a move for a parent plausible. However, a child capable of noticing a changing environment, change in relationships, and change in circumstance will be most likely affected by a move.

This article will focus on filing for relocation, winning a custody case, and reasons to relocate with a child.

How to Win a Relocation Custody Case?

Proving a healthy relationship could be difficult. Weekend visitations will stop, money for traveling funds could be hard to come by, and discipline and parent representation situations will be hard to resolve.

Most cases of relocation custody depend on the reason for the relocation. Common relocation reasons are divorce, job opportunity, financial strain, etc.

To convince the judge, the parent must present “good faith” reasons to move, such as:

A judge may object to relocation out of state request because of “bad faith.” A parent may attempt to move out of spite or gain some distance between them and the other parent or out of revenge.

In most states, the parent requesting relocation must present an alternative method to schedule, including visitation, traveling cost, and adjustment to the original agreement. The parent filing for relocation must propose entirely new scheduling that each parent can easily abide by. The relocating parent should include access to the child during holidays, special occasions, and birthdays. Indication of an equal split of expenses between parents is also a sign of good faith in a judge’s eyes.

When preparing for a relocation custody case, there are several questions you should ask.

The use of outside sources can help a parent build a stronger case for relocation. Statements from teachers, family members, and community leaders can help a judge determine a parent’s ability to take on primary custody’s responsibility for a relocation case. Suppose a parent can prove responsibility and capability of caring for the child with minimal assistance of another parent with the help of outside sources. In that case, a judge may rule in favor.

What are the Reasons to Relocate With a Child 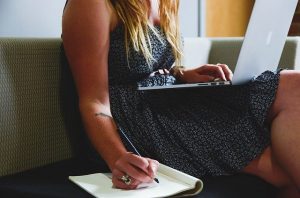 While there are plenty of reasons to relocate with the child, relocation and child custody may occur for economic reasons. It might be the primary reason why some parents might attempt to relocate with a child. When making a decision, the family court will likely determine the economic advantages of moving with the child. A judge will recognize if a parent has to move because of employment requirements.

Strained relationships involving extended family are also one of the common reasons in relocation custody cases. You can argue that moving closer to extended family provides a support system equipped with assistance for childcare.

However, the reason mentioned above also has disadvantages. The family court can rule that relocation be closer to extended family causes unnecessary disturbance in a child’s life.

Remarriage is also a common reason used to support relocation custody. Courts will consider this situation’s potential to benefit the child because of introducing new family resources.

Relocation because of a dangerous environment is also a great idea to present to a court. Suppose a court determines that a parent and child’s well-being is in jeopardy. In that case, they may automatically rule that a move is necessary. This often occurs when one parent is abusive or poses another threat to the child’s well-being. In these cases, law enforcement is often involved, and the court will award custody to the deserving parent.

The court will also take into account the background of each parent when deciding on relocation matters. Proof of negligent and illegal behavior to or around a child is immediate grounds for custody and may even lead to relocation custody grounds.

What About Stopping Relocation?

Stopping the relocation of a parent who currently has sole custody can be difficult. A successful argument in court will demonstrate that the move poses a threat to the child’s well-being. The potential of disrupting the child’s routine, the distance from each location, the change in schools, and the break in the child’s already formed relationships are significant arguments that you can use in court.

Relocation custody battles are better won before one spouse files the relocation custody request. Adding to the initial custody terms after the court awards a parent sole custody can prevent the possibility of a move. A parent should make sure that the other parent who has custody abides by the former contract rules.

To prove a relocation is unnecessary, a parent may introduce the following to a court case:

It is extremely crucial that a child understands the reasons for the move and understands their circumstances will be minimally affected. Following this guide will ensure a smooth and easy transition through the relocation custody process and a child’s adaptation into a new life with a new environment.

Relocation custody cases can either have negative or positive effects on a child, and both parties must be on the same page.

What to Do If My Husband Says He Wants a Divorce but Says He...

How To Get a CPS Case Dismissed: Important Steps You Should Follow