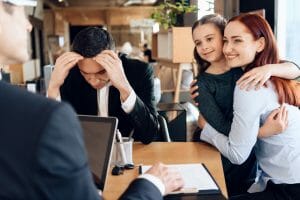 How long does a custody battle take? Following your divorce, this is an important question, as child custody is the next process in line.

But before filing for child custody, you should know how much time it could take because knowing the timeline beforehand could help you take the required steps accordingly. Please read this article to know the timeline and the factors affecting it.

How Long Can a Custody Battle Take?

A custody battle can take between 12 and 18 months to get fully resolved. But it also depends upon the mutual agreement between the parents. The speed at which the parents can come to an agreement will entirely determine how long a custody case lasts.

– How Long Does It Take To Get a Court Order for Child Custody?

Getting a court order for child custody may take a couple of months. If it’s challenged, the procedure could take more than a year. Many parents fall somewhere in between these two extremes, and most parents eventually come to an agreement with the aid of a mediator.

Going to court in a custody dispute can occasionally make sense. For instance, fighting it out in court would be in your child’s best interests if you are concerned that the other parent is endangering your child.

What Are the Factors Affecting the Length of Child Custody Cases?

The factors affecting the length of child custody cases include your case trial, location, facts, specifics, etc. The major consideration is that the factors differ from state to state and whether your case goes to trial or not and your case location can also influence this.

So how long does a joint custody battle take? The most common and general factors affecting the duration are given in brief below:

– If Your Case Goes to Trail or Not

Not every custody issue is resolved in court. Assume the divorced parents take a united stance and agree on how they will handle their parental obligations. In that situation, they do not require a court to make a decision on their behalf. Following are the two ways to settle your case:

If the divorced parents are unable to establish an out-of-court custody agreement, they must file the case in court. The judge will now decide the child custody matter.

Attending court sessions on occasion might be stressful, especially if you have other commitments.

As a result, it is strongly advised that divorcing parents reach an out-of-court custody agreement. When it comes to family and children issues, you and your spouse are better suited to understand what is best for your child. These out-of-the-court alternatives are given in the latter part of the article.

Another critical consideration is the location of your case. Trial dates are scheduled more quickly in some states and counties than in others. You may have to wait months between trials if you live in a busy county with many cases.

Furthermore, your location can have an impact on your child custody rules. Your case may be straightforward if your state has especially stringent custody standards. Florida, for example, encourages dual custody. If there are no mitigating circumstances, a judge may find it simple to reach a custody agreement for you. You and the other parent may be granted joint custody.

– How Long Does It Take for a Judge to Make a Custody Decision?

Your judge influences the length of your custody battle. If you have a judge who deliberates slowly, you could be in for a long battle. They may want you to appear in court several times. Meanwhile, another judge could make rapid custody decisions. Instead of many court dates, they may only need one or two. Some judges make quick decisions, while others deliberate more thoroughly.

The length of your battle is determined by the quality of your lawyer and the skill of the other parent’s counsel. Hiring a great lawyer, for example, provides you with an advantage. Your lawyer may be able to persuade the other lawyer to agree to the custody arrangements you desire.

If not, they may be able to persuade a judge to agree to your requirements. Similarly, the opposing lawyer may extend or shorten your case. It is dependent on their ability, or lack thereof.

The length of time it takes to conclude your case is determined by how comprehensive your case is and the expectations of each party. For example, if all parties demand complete custody, the case may take longer to resolve.

Assume one parent has a history of substance abuse or violence (this falls under the ‘what can be used against you in the custody battle’ category). The judge will easily decide in that case because there is reason to believe that one parent is unfit, and the custody battle may end sooner than expected.

– Calendar of the Court

Court calendars are frequently overcrowded. You have to wait for a few weeks for your custody process to be processed, then another few weeks to attend your first hearing.

Following that, you may be required to attend mediation and other hearings, which may not have slots available immediately. Even a trial can take weeks to complete if the judge or courtroom is unavailable on successive days.

The more parents argue, the longer the custody lawsuit will last. Either parent can continue to pursue the lawsuit for as long as they can afford to. Even after the final court order is issued, a dissatisfied parent may appeal the decision or request a modification.

Parents who put their differences aside can work out a plan to end their case as quickly and civilly as possible.

For example, a history of domestic violence or mental instability may need an investigation (and may even result in a restraining order). The judge may order a custody evaluation or appoint a guardian, also known as guardian ad litem, to investigate the case, which can both take weeks. You may also need to obtain an emergency order, which may necessitate more paperwork and a hearing.

A case cannot be started until the other individual named in the custody documents can react. If that person’s whereabouts are unknown, your case may take longer. If a parent is away because they are in the military, most courts will not allow the case to proceed until the parent returns.

Because courts cannot establish custody orders for children in uterus, you will have to wait until the child is born if your conflict arises during pregnancy.

What Alternatives Exist to a Custody Fight? 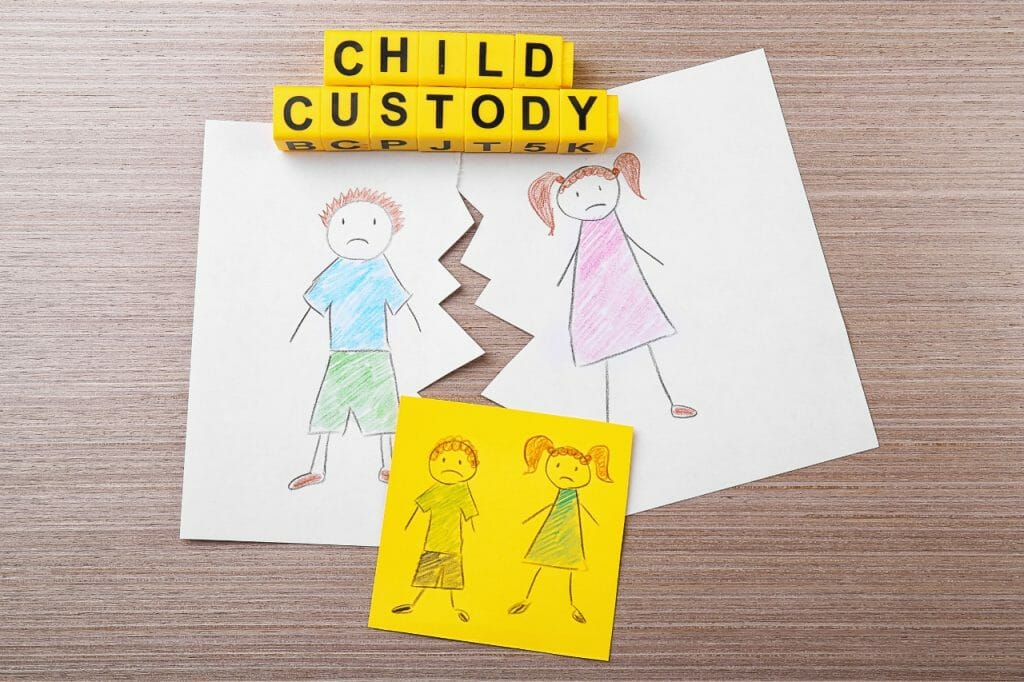 The alternatives that exist to a custody fight include mediation, mutual communication and agreement, etc. A parenting plan that has been negotiated and is fair and in the child’s best interests will typically be approved by judges who frequently encourage parents to cooperate outside of court.

The following are some of the most known alternatives to fighting for custody in court:

It can be challenging to work together with your spouse as your marriage dissolves but try to put aside your differences for the benefit of the kids. Consider enrolling in one of the many co-parenting classes offered by your community to learn how to communicate with your ex about raising your children while you are living apart.

It’s very common for spouses to be unable to come to a mutual agreement on their own, which is why mediation exists. You can hire a mediator to assist you and your spouse in negotiating a parenting time and schedule. This person, referred to as a mediator, doesn’t decide anything on your behalf. Instead of taking sides, the mediator will guide your discussions and offer solutions.

Going to court to resolve a custody dispute is similar to going through arbitration, but arbitration is frequently quicker, less expensive, and more confidential. So if you’re worried about “how much does a custody battle cost?”, you could choose arbitration to lower the expenses.

In arbitration, a neutral third-party (frequently a retired judge) listens to both sides’ arguments, casually reviews the evidence and renders a binding decision. The arbitration panel’s ruling may be upheld in court.

If you decide to use collaborative custody law, you and your spouse will hire lawyers to advise you and help you negotiate a parenting plan. Attorneys are included in the agreement so that all parties (including attorneys) will cooperate to reach a resolution.

You will need to find a new lawyer to represent you in court if your negotiations fail and you end up there. This is an option for parents who can afford legal representation but want to maintain privacy and promote communication.

You can shorten the process and avoid the time and expense of a trial by having a custody evaluation done. If mediation doesn’t work, the court in your case may decide to order an evaluation if your case is already in court. Additionally, you can ask the judge to order an assessment.

– What Are the Ways to Shorten Your Custody Case?

The ways to shorten your custody case could be ascertained by an experienced family law attorney, as these cases are usually the most difficult. When a couple divorces, emotions run high on both sides – so when custody becomes an issue, be more conscious.

Here are some strategies for shortening your custody case:

The majority of parents can settle their child custody disputes where they must go to court or might also decide to explore all of their other options first. Thus we draw the following conclusions:

If you’re still debating whether to litigate or not, consider the points raised in the article while keeping in mind what’s best for your child in the present and the future.

Wife Has Boyfriend Before Divorce: Is It Legal?

Can a Lawyer Represent a Family Member and Is It Beneficial?

Alimony in CT: What Connecticut Law Says About Spousal Support