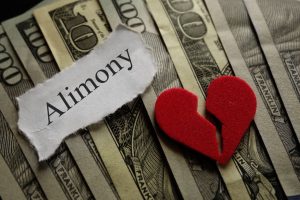 How long do you have to be married to get alimony? This is a common query from one of the spouses in a short-term union. Couples inquire about alimony because they are unclear if a judge would grant it, given the briefness of their marriage.

How Long Do You Have to Be Married to Get Alimony?

The length of a marriage required to qualify for alimony varies greatly from state to state. While some jurisdictions require a minimum of 10 years of marriage, other states place a cap on the amount of alimony you can get rather than dictating how long you must have been married.

Length of the Marriage

Only in cases of permanent alimony does the length of the marriage come into play. No matter how long the marriage has lasted, interim alimony will always be a possibility.

The lifelong alimony, however, will normally last only for around half the duration of the marriage itself when the marriage duration is less than ten years. For instance, a four-year alimony commitment might be expected after an eight-year marriage. This is not a set norm, and the couple or a court may use various phrases based on the specifics.

The conventional rule of thumb is that spousal support should be granted for one-third of the duration of the marriage if lifetime support will not be granted. For instance, the court may mandate five years of spousal support for a couple who has been married for 15 years.

One of the most important variables the court will take into account when determining an alimony claim is the length of the marriage. The duration and size of the support orders may vary depending on how long the marriage has been in existence.

The period also influences the level of spousal assistance that is mandated. When deciding whether to impose support, most courts take into account the disparity in the parties incomes. An order for support that is between 10 and 15 percent of the income gap may be made after five years of marriage. However, after 25 years of marriage, the parties may elect to share 50 percent of the income disparity or income equalization.

Now that we’ve gotten to that, we may discuss the issue of very brief marriages or unions that endure less than a year. Technically, one-day marriages are eligible for alimony in a divorce, but the asking spouse must present a compelling argument.

Remember that the idea behind alimony is that if a couple were to separate, the dependent partner would need financial assistance to get back on their feet and become independent since they had built a life together. The amount of time a couple spent together must be considered by the court.

Many state attorneys have observed that the courts seem to consider six months to be an acceptable amount of time before awarding any kind of alimony. Again, this is not a hard-and-fast rule; depending on the details of the marriage and the divorce, the court could give alimony for a marriage of two weeks while it might not work for one of twenty years.

Thus, hire a wise attorney because they have experience, and they can tell you what to anticipate.

What Is the Time Duration of Receiving Alimony?

The alimony amount is jointly agreed upon between the parties. Payments may continue for up to 4.5 years, or 30 percent of a marriage’s duration, in cases where it lasts up to 15 years. If your marriage lasted between 15-20 years, alimony might endure up to eight years, or 40% of the length of the union.

A partner may pay alimony for half the duration of a marriage in cases where it has lasted more than 20 years. As a result, alimony may continue for 10, 15, 20, or even longer.

Additionally, alimony payment will stop if either spouse passes away or if the recipient spouse marries again.

When couples opt to hire their own attorneys and argue the matter in court, there is no way to forecast what alimony would be (or even if there will be an alimony payment). There are many different factors at work. Much will rely on the sort of case put up by the counsel for either party or the judge’s or the divorce master’s unique disposition.

Too often, when couples decide to file a lawsuit in court, the fundamental reason for alimony is forgotten since the emphasis is on winning and losing. Couples who mediate alimony have the chance to jointly determine whether alimony will be granted.

In addition, they choose a reasonable price to pay and the duration of the agreement based on their budgets, needs, and ability to pay.

How Is Spousal Support Calculated?

Contrary to child support, which is determined consistently throughout the state, spousal support is determined at the discretion of the courts. Spousal support laws will differ state by state. You may get a basic sense of how local courts in your region often decide on spousal support from a local divorce attorney who focuses on family law and divorce.

When determining spousal support payments, courts must take into account a number of criteria. There is always a list of several criteria, which include but are not limited to:

The most prevalent justification for an increase in spousal support is the standard of life. The court can conclude that the party generating less money needs more spousal support than normal in order to maintain a similar quality of living if the pair lived a wealthy lifestyle while they were married, purchased pricey homes and automobiles, and went on extravagant vacations. When determining a final award, the court will consider the revenue to the expense ratio of each party.

What Are the Types of Alimony?

While a divorce is pending, temporary alimony may be awarded. The duration of a divorce—which might be 12 to 18 months or longer—will need the court to make sure that both parties can support themselves financially. If interim support is required, your divorce lawyer will ask the court for it in a motion.

The amount of interim assistance paid may or may not be the same as the judge’s final ruling once the court has had enough time to take into account all pertinent and necessary circumstances.

Although even if the marriage lasted long enough, permanent spousal assistance is not permanent. Simply put, it indicates that this is the last spousal maintenance order issued following the divorce. Even if it’s referred to as permanent, it may always be changed later if the situation calls for it.

A spouse with fewer means might utilize alimony to maintain the same standard of living as they had when they were married. This implies that alimony is often paid to the other spouse by the spouse who earns a higher income.

However, not all divorces include alimony. Alimony is intended to assist an unemployed spouse in achieving self-sufficiency. As a result, alimony might not be necessary if both partners are employed, earning equally without any kids.

– Can Alimony Be Modified?

Maybe. Only when a party can demonstrate a genuine and significant change in circumstances may alimony be adjusted (changed), then a judge could decide how much alimony that must be paid, for instance, if the individual who is required to pay it loses their job and is unable to find another one.

It should be noted that your spouse cannot simply cease paying alimony if you refuse to comply with a temporary injunction or the divorce judgment. However, if necessary, s/he may go to court and urge the judge to uphold the interim order or judgment or request a suspension of your alimony payments.

There is no minimum period of marriage required for alimony to be applicable. If other pertinent facts are present, the argument for alimony is typically stronger the longer the marriage has been. Further, we conclude the following: 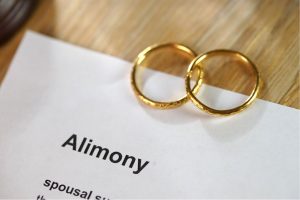 You may get a basic sense of how local courts in your region often decide on spousal support from a local divorce attorney who focuses on family law and divorce. Thus, we suggest you hire an attorney and take any step further to get the required amount of alimony.

How Long Does a Divorce Take In Pa: Requirements and Timelines Guide

Everything You Need to Know About “Stay-At-Home-Dads” Divorce

How Much Is a Divorce in Arkansas: Calculating Expenses and Costs