How long after a divorce can you remarry? A question that might pop up in your mind if you just got divorced and entered a new relationship.

Luckily, most states no longer require a waiting period for marriage after divorce. Yet, not so long ago, you would have to fulfill a one-year waiting period in some states before remarrying. 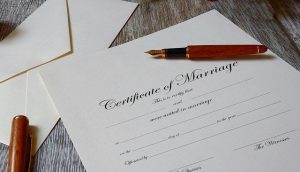 Today, most U.S. states no longer impose post-divorce waiting periods. Yet, there are still several states that will require you to fulfill a specific waiting period before remarrying.

In this article, we will discuss post-divorce waiting periods in each U.S state, getting married before a divorce is final, and finally, some important things to consider before remarrying.

When Exactly Can You Remarry After A Divorce?

In the late 60s and 70s, some states required a one-year waiting period before you can get married after divorce, including Iowa, Delaware, California, and Arizona. Today, none of these states impose any restrictions, while others will require you to wait up to 90 days or even six months.

Even though a 90-day waiting period might not seem like a long time, some people still try to rush things and get remarried before their waiting period is over. Thus, their state will consider their marriage legally void.

Here are the waiting periods to keep in mind:

What Is The Purpose of A Waiting Period?

According to Julaine Appling, president of the conservative Wisconsin Family Action, “The waiting period has a good purpose. It’s not punitive. It’s protective.” 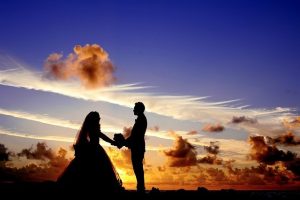 Remarriage after divorce is not a simple decision, and it may pose complications.

Therefore, some states consider a waiting period necessary to protect children from the trauma of adjusting to a step-parent, or provide the couple the opportunity to reconcile and cancel the divorce, or give you time to reconsider your decision.

In other cases, the post-divorce waiting period is mandatory to avoid any further complications with the divorce process itself. The court might reopen a finalized divorce case if one of the spouses appeals during a specific period (it varies by state). Thus, an ongoing divorce case would become complicated if you had already remarried.

The waiting period for remarriage applies unanimously after a divorce has occurred.

Depending on your state, divorce attorneys can help you petition to have the waiting period waived. However, this can only happen in a few circumstances.

In Texas, for example, you will be able to waive your waiting period in situations such as when you or your spouse is seriously ill or when one of you serves in the military and about to be deployed (Section 6.802 of the Texas family law code).

In Wisconsin, everyone must wait six months before getting remarried after divorce since there is no statutory provision allowing the waiver of the post-divorce waiting period.

Divorce Based on Adultery

The states mentioned above impose a mandatory waiting period for remarriage after divorce, regardless of whether a divorce is based on adultery or not. 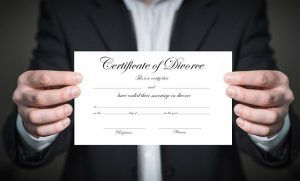 On the other hand, even though South Dakota does not impose any post-divorce waiting periods, the state treats divorce on the ground of adultery differently. Thus, the adulterous party does not have the right to marry anyone except their former spouse (as long as they are alive). In case the unfaithful party marries anyone outside South Dakota, the marriage will be considered void in the mentioned state but valid in any other state.

Tennessee imposed similar restrictions in the 1970s in case of a divorce based on adultery. The state prohibited the adulterous party to marry the person with whom they had committed adultery and as long as their former spouse was alive. However, Tennessee no longer imposes any restrictions on getting remarried after divorce.

Can You Get Married Before a Divorce is Final?

Remarrying before your divorce is final is considered bigamy and against the law in the United States. Anyone who engages in bigamy can be subject to civil or criminal penalties.

In other words, bigamy occurs when you decide to get married while a divorce is in process. It can be intentional if you intentionally enter a marriage while you are still married to your spouse. Or unintentional, when you decide to marry another person while attempting divorce for a long time and never legally finalized.

Also, both of your spouses will be legally viable if one or both of them become aware that you are engaged in bigamy and fail to take any necessary steps to prevent it.

The court considers a few cases as a defense against polygamy, such as if your previous spouse suddenly disappeared and their whereabouts remained unknown for a long time, making it reasonable to consider them dead. Or, in case you did all in your efforts to file for divorce and the party representing your spouse failed to do the necessary paperwork.

What Are The Criminal Penalties For Bigamy? 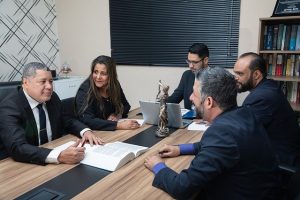 Laws and penalties for dealing with bigamy differ from one state to another. Generally speaking, criminal penalties can include jail for months or even years or fines of hundreds and thousands of dollars. In California, for example, bigamy is considered a misdemeanor with up to one year in prison and $10,000 in fines.

If one of your spouses was aware of your second marriage, they could become subject to the penalties mentioned above.

How Does The Civil Court Treat Bigamy?

Most states consider a bigamous marriage as “void”; thus, it’s never legal marriage, and it qualifies for an annulment.

Important Things To Consider Before Remarrying

Now that you have an overview about getting married again after divorce, you might want to consider a few things before taking the next big step in your personal life.

Divorce may represent two people parting their ways, but new relationships can bring a brighter future. Many second marriages succeed because of lessons learned in the past.

Getting remarried is not a slight decision. You must rethink essential issues such as individual or joint bank accounts, prenuptial agreements, and protecting your children’s financial interests. Understanding such problems usually requires professional help from a qualified lawyer.

Emergency Divorce: How Can It Speed Up Your Divorce?

Can I Get Married Before My Divorce Is Final? Here’s What the Law Says