How divorce changes a man is worth knowing, as we need to understand all the struggles that a man goes through after such a life-changing trajectory. 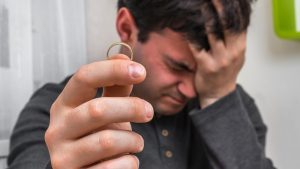 They aren’t robots, emotionless objects capable of ignoring the end of a long-term relationship with nary a glance behind. While some studies demonstrate that males are wealthier on average after divorce, it has also been established that men are more prone to suicide, alcoholism, weight gain, and mental health concerns following the ordeal.

So, why do some guys succeed while others succumb to despair and destructive behavior?

Effects of Divorce on Men

Divorce changes a man, especially those over 40. Life after that experience can be challenging and lonely. Even if they choose to get married again, you should be aware that they may bring many emotional issues with them.

If he hasn’t done the required work to process and live with the sorrow, a damaged guy after divorce may find it difficult to form and maintain long-term connections. If you’re thinking of dating one, you should be aware of the emotional impacts of divorce on men and how they may appear in your relationship.

Life after divorce for men is an unforeseen crisis that is all too frequently oversimplified in their minds and the eyes of society. It’s one thing to be sad and regretful, but these are only temporary feelings. Anyone (male or female) who loses something significant to them goes through what we term grieving.

Losing one’s wife and family has the same impact on our psyche as losing a family member, losing a career, or even losing a treasured item. It’s a process of learning to cope with such a major loss, which profoundly impacts the way we perceive ourselves and our place in the world. A divorced guy must come to terms with not just his loss but also how it affects his ego.

Our internal reflection of who we are as depicted by other people and society is the root meaning of the word ego. It is our perception of our position and place in society as a result of our lifelong interactions with the society in which we live. The ego is vital for us to operate in society, but because of how closely our ego is linked to family, love, and marriage, it can pose serious problems when it comes to loss and sadness.

Because he derived so much of his sense of self from his spouse and had not formed a proper understanding of his own self, a divorced guy finds himself adrift, unsure of his place or worth. Your ego is warring against the situation when you experience the agony of loss and anguish. This is what creates rage, depression, anxiety, and hopelessness.

According to studies, men have more health problems after a divorce or separation. The medical and psychiatric communities are split on whether this is due to the recurrence of bad habits or some other unknown factor. However, the reality is that most men’s health deteriorates rapidly following a divorce.

How Divorce Changes a Man

The following things happen to a man while going through a divorce:

Types of emotions of a man going through divorce are as follows:

If you’re starting a relationship with an enhancer, you’ve made a solid choice if you’re both compatible. After a divorce, a man’s emotions fluctuate dramatically, but enhancers handle it much better and try not to repeat the same mistakes.

You’d make a nice match with them as well. They are not changed by divorce, and they are not burdened by emotional baggage.

They would welcome the opportunity to start over. To be able to create a lasting connection with a man going through a divorce, you must first understand his feelings and how they may have damaged him.

They are miserable and clinically depressed when they are single. If the other features suit your expectations, seekers are OK. Whatever sort of partner you are entering into a relationship with, the same criteria apply to first marriages.

He’s still carrying the emotional baggage from the ex if he wants to marry early to punish the ex. He may portray in public that everything is fine with him. He must want to marry you because he is prepared for it and respects you. The only way the second marriage will work is if you do it this way.

Coping With Divorce for Men

We may begin to comprehend a man’s post-divorce emotional struggle with this knowledge. We can also understand why particular patterns of behavior emerge and what they represent.

Women have long been astonished by certain divorced men’s behavior, in which they throw themselves into extreme situations that wind up being somewhat self-destructive. Some guys resort to work and pour themselves into it with zeal, while others turn to alcohol as a soother, stronger drugs as a crutch, and still, others rush into romance before they are ready.

All of these things, and more, are tied to a single thing: a damaged ego and a desperate need to raise their self-esteem in order to feel appreciated or to experience pleasure in other ways.

This is a deadly trap for the unwary since any action that temporarily boosts your self-esteem is followed by a fall when you return to earth with a broken ego. It may feel wonderful to bed a new woman for the night and make you feel wanted, but it won’t last.

Clubbing makes you feel young, exciting, and in charge of your life until the next morning, when you don’t. The worst offenders keep attempting to receive these brief self-esteem boosts over and over again, like a drug, because they are most afraid of the comedown — but no one can avoid hitting the bottom of the barrel.

Men recuperating from divorce should put aside their need to feel better by engaging in short-term self-esteem-boosting activities and instead focus on restoring their self-respect. Men’s divorce recovery is about passing through the stages of sorrow and emerging with a new perspective and a new life, rather than fighting to put your old life back together the way your ego wants it.

Men must spend time establishing themselves and understanding who they are alone, in addition to dealing with the stress of the loss of a relationship. Men are significantly more likely than women to participate in few or no groups or activities, and they see themselves as one-half of a partnership. When they are suddenly alone, they don’t know who they are without their spouse.

Getting over a divorce is harder for men than it is for women. Men are more committed to their marriages on average than their female counterparts. Despite the fact that men remarry at a faster rate than women, they initially view divorce more negatively than women. Due to the loss of intimacy, social connections, and financial resources, men have more emotional problems than women.

Men may face additional difficulty managing custody and visitation depending on the circumstances of the divorce and the nature of the relationship. In some of these situations, men must also deal with the loss of time with their children. Thus, finding their true worth can be a good positive booster for coping with these hardships. 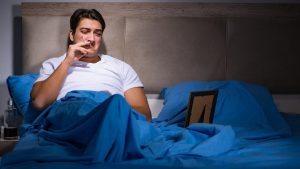 Coping up with divorce is tough but not impossible. This tough phase ends depending upon how long it takes and how well you can handle it. Different factors can influence how long a man can recover from a divorce.

Thus, we conclude the following:

We hope you can now make legally informed choices regarding the effects of divorce and how to cope with this unfortunate phase.