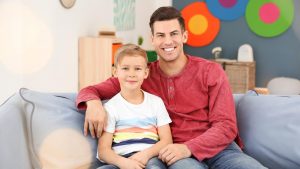 How can a father get full custody of his child is an important question because although it is normally preferred that parents share child custody, there are some circumstances in which the courts may consider granting complete possession to one parent. Keep reading to find out more about how a father could be granted full custody.

How Can a Father Get Full Custody of His Child?

Several aspects will be evaluated in court. To win custody as a father, he must emphasize each of these factors and demonstrate how giving them complete custody is in the best interests of the child.

When deciding custody judgments, a judge is not authorized to consider the parent’s gender. As a result, a father may be granted complete custody of his child. All child custody judgments in court are made with the best interests of the kid in mind.

To decide the child’s best interests, the court will apply two policies.

Some scenarios that could result in a father being awarded full custody include, but are not limited to:

Both parents will be on equal footing at the start of each case. It will be up to the father to demonstrate that gaining full custody is in the child’s best interests.

What Are the Important Points To Consider Before Getting the Custody?

Custody disputes are ultimately decided by whoever parent makes the strongest case. Thus, keep in mind the following things to get primary custody as a father:

– Good Relations with Your Child

When going to court, one should certainly be asked about your relationship with their child. Therefore, one should be familiar with the child’s grade level, instructors’ names, hobbies, and other details that demonstrate the parent was involved in their lives.

Even if the child’s mother refuses to allow child visitations, the father should try to develop a relationship with the child/children. On the exact notion, any given evidence that the mother interfered with the event could enhance the case.

It is important to note that in some states, the child’s preference is taken into account while determining custody. The more familiar the youngster is with the father, the more at ease they will be spending more time with him.

It is important to make a custody schedule when spending time with the child on a calendar. If the child’s mother refuses to let the father visit, keep proof (text messages, etc.) of how she has harmed the relationship of the child with his/her father.

– Better Care for The Child

The court will assess who has been the primary caregiver for the child. For this reason, a father must start caretaking responsibilities to prove to the court that is capable.

Furthermore, it is advised to keep a notebook and track how he cares for the child, such as taking them to doctor’s appointments. Additionally, it would be key to demonstrate to the court that he is capable of devoting the time required for full custody, for example, if the father is employed, he could have a plan in place for child care.

It is important even to request character reference letters from friends, family members, and anyone who can attest to what the father has been doing for the child.

It is key to get all of the child’s essentials, even if the child does not live with the father, as he has a responsibility to provide for them. Additionally, making child support payments on time if the father has a court order if he is having trouble paying, it is simple to ask for a reduction in the amount.

It is important to keep receipts for all purchases and payments of child support in case the other parent disputes involves. The court would also want to know that the child will be able to live in a secure environment, that is when he should prepare a bedroom for the youngster and snap photographs for evidence in court. Also, it is important to childproof the home if the couple has a baby or toddler.

The father should create a history and pattern of involvement and commitment in the child’s life, making an effort to get extra time.

Showing it clearly in the court order that he will be contacted and given first priority if babysitting is required. This gives the father more time with the child outside of visitation, as well as a record of how often the other parent needs a babysitter. Perhaps it will result in the child spending more time with him, and the court will approve of this arrangement.

If the child is underage, the court will almost certainly place the child with the mother as the primary caregiver, but the father will very certainly be granted joint custody. In this case, the father will have to communicate educational and medical information with the other parent and make decisions together.

Therefore, it is strongly suggested to communicate via email to keep track of what was discussed and agreed upon, complete with a date and time stamp, the reason why is to have evidence of what happened for future filings.

– If the Custody Is Given to the Mother

Keep in mind that If custody is originally given to the mother, the father should make every effort to spend as much time as possible with the child. Not only does this provide you more time with your child and lessen the support, but it also helps create a relationship with the child.

However, the father should be entitled to the other time if the other parent has the child five days a week for school, furthermore, he must make a push for once-a-week dinners to maintain consistency in the child’s life. 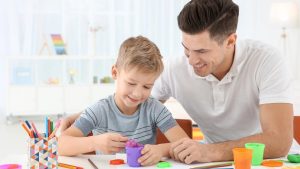 It is important to concentrate on getting custody of a child, which is not a difficult task.

It doesn’t feel as frightening and overwhelming once one has been familiar with the process and paperwork since 80 percent of those who appear in Family Court do so without representation.

One must file documents requesting interim custody and detailing the situation, including any sort of abuse, unstable employment, and inability to adequately care for the child. Maybe even hazardous people living in the home, school not being attended or child failing, drug or alcohol misuse, and so on.

If this is the case, the court should grant you temporary possession until the mother can demonstrate that she has cleaned up her act and is capable of providing a safe environment for the child.

Which Custody To Choose?

It is important to know that legal custody refers to where a child resides. When a parent has complete physical custody, the child spends all of his or her time with that parent. Visitation with the other parent is governed by a court order.

– Types of Child Custody for Fathers

Before requesting full custody of a child, it’s important to understand the many types of custody available. There are two sorts of custody in some states: legal and physical.

Each form of custody can be shared or solo custody might be given to one parent. It is also conceivable for parents to share one type of custody while having primary custody of the other type.

Legal custody battle for fathers: Legal custody means one has the authority to make key choices about the child. School, childcare, religion, medical care, health decisions, travel, and extracurricular activities are all examples of these types of decisions.

However, it is possible to have joint or exclusive custody in this situation. If it is joint, then any major choices regarding the child must be agreed upon by both parents. If one parent has sole legal custody, he or she can make these decisions without consulting the other.

– What Is a Physical Custody?

It’s frequently too difficult to have a child split his or her time evenly, so they end up spending more time with one parent than the other. If one parent has sole custody, also known as primary custody, the child will live with that parent the majority of the time. In most cases, the other parent will be granted visitation rights. 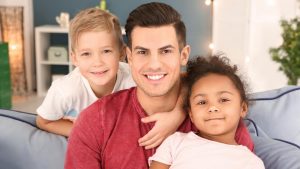 When one parent intentionally tries to affect the child’s opinion of the other parent by lying to them, encouraging them to spy on the other parent, or only speaking poorly about them, this is known as slander. If this is demonstrated in court, the judge is more likely to rule in favor of the aggrieved parent in custody disputes.

We understand that different circumstances call for different actions. Thus, if you are sure of full custody of a child, this article might help you with the dos and don’ts of the same.

How Long Does a Divorce Take In Texas: Conditions To Take Into Account

Who Is the Plaintiff in a Divorce? Key Terms and Their Definitions

How To Get Sole Custody in Florida: A Guide to the Required Process