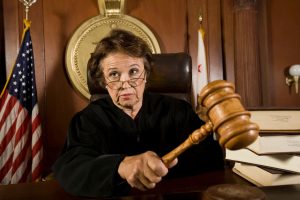 What happens if the wife is hiding pregnancy while getting divorced? Ending a marriage can be complicated, emotional, and often draining. Yet, things can get even more intricate when a divorce involves a pregnancy.

This article evaluates the consequences of lying about pregnancy during divorce, whether it could have legal consequences, and what actions the other spouse can take.

What if My Spouse Is Hiding a Pregnancy During Our Divorce?

Most states require that the wife indicate whether they are pregnant or not when filing the divorce petition. Lying on divorce documents is lying under oath, which undermines the court’s credibility. Consequently, the lying party could be guilty of contempt of court.

Why Would a Spouse Hide Information About Pregnancy During Divorce?

It isn’t uncommon for the wife to become pregnant with another man during the separation period of their divorce. When this happens, most women aren’t willing to disclose this information to their soon-to-be ex-husbands.

Divorce can be complex – tensions are running high, and everything seems to be on the line. As such, a woman who discovers their pregnancy during a divorce may be reluctant to inform their husband for fear of losing their child or halting the divorce process.

Once it’s started, most people want the divorce to be done. They wish to put everything behind them and start their new life. And if the wife feels that revealing their pregnancy will hinder this, they’ll most likely be tempted to hide it.

Lying Under Oath During a Divorce Trial

Of all places, the court is one of the places where telling the truth is paramount – intentional lying will undoubtedly get you into serious trouble. Even if you won’t be standing in the dock, falsifying court documents can be as bad.

In many states, the party filing the divorce petition will be required to indicate whether their wife is pregnant. If so, they should indicate if the husband is the father. If the wife files the petition and gives false information regarding pregnancy, they are considered to have lied under oath.

If you suspect that your wife is lying about pregnancy during divorce, you can seek through legal counsel a court order to determine whether she is pregnant or not. In most states, courts also order a paternity test to determine the legal father.

Consequences of Lying Under Oath

Being “under oath” isn’t limited to standing on the witness stand in a courtroom. When submitting divorce petition documents, you agree that all the statements made in the documents are accurate.

Nearly every document you sign during your divorce petition in most states has a “penalty of perjury” statement. Once you sign these documents, you have sworn to provide truthful information.

By lying to the court about pregnancy during divorce, the lying spouse puts themselves in a tough spot. If you can show, with irrefutable evidence, that your spouse lied about pregnancy, there are several ways you can proceed. But first, it is vital that you, through your attorney, confront them or their attorney and inform them that you have the evidence to disprove their statement.

If you wish to keep the case civil, the lying spouse has to correct their lie so you can continue without alerting the court. However, if your spouse refuses to own up and disclose the mistake, you can inform the judge, which will likely have severe consequences on your spouse.

Perjury, which is lying under oath, is a federal crime. While civil courts have limited power to punish individuals who commit perjury, judges can push the cases to the prosecutor for criminal enforcement. Below are some of the consequences of lying under oath.

If you are guilty of contempt of court amid divorce proceedings, the case’s course entirely depends on the presiding judge. If you’re lucky, the judge will issue a warning. This might be the case if it is your first time and the lie is considered minor. Otherwise, contempt of court is punishable by probation, fines, or a jail term not exceeding five years.

Judges strive to remain impartial throughout the cases they’re presiding over. If you’re guilty of lying about pregnancy during divorce, the judge will likely take anything you say onward with a degree of doubt.

While judges won’t show it, there are high chances that this is the way they’ll proceed. From that moment, you’ve put yourself at a disadvantage – you’ll need to do much more than would normally be required to regain trustworthiness, which is an unnecessary burden during divorce proceedings.

While this doesn’t guarantee that the judge will rule against you on divorce matters, you don’t want to take your chances by potentially influencing the judge’s decision in favor of your spouse.

Whenever a lie comes to light during divorce proceedings, there is a possibility that proceedings will be affected. In some states, the deception could affect issues such as child support. However, this mainly rests on whether the husband is the father.

Another implication of lying about pregnancy during divorce is that it could give the husband grounds for at-fault divorce based on adultery. As a result, this could affect some aspects of the divorce, such as property division. It can also affect the alimony award. Generally, this situation can hurt the lying spouse’s case.

Generally, not much changes if both spouses agree to the divorce, the biological father acknowledges paternity, and the husband is open to waiving his paternity rights (if he isn’t the father).

What if I Just Learned of My Wife’s Pregnancy After the Divorce Is Finalized?

If you decide to appeal, you’re likely looking to get a different judgment on property division, alimony, and now, child custody. However, reopening divorce proceedings will be an uphill battle, and you need to present the court with concrete evidence to prove the misrepresentation of facts.

The child’s paternity may also significantly affect the outcome of the reopened divorce. If it is established through a DNA test that you’re the father, the judge will revisit the issue of custody, support, property division, and alimony.

If you discover that your ex-spouse hid pregnancy all through to the finalization of your divorce, consider speaking to an experienced family law attorney. Divorce can get complicated when pregnancy is involved, and a divorce attorney can ensure that everything is done within the legal limits.

– What Happens if I Get Pregnant Before My Divorce Is Final?

There are various ways to look at this. Certain things about the divorce might change, or proceedings might continue as they usually would. Most importantly, it will depend on whether you disclose your pregnancy or keep it secret.

If you hide your pregnancy, divorce proceedings will continue, and the judge will give a final divorce order upon finalizing. Remember that there may be consequences if the spouse discovers that you’re hiding your pregnancy and successfully proves it in court.

There may also be varied outcomes if you indicate that you are pregnant mid-way through your divorce. Depending on the judge and state laws, your divorce could be halted until the baby is born to resolve possible paternity issues, child custody, child support, spousal support, and property division.

If you discover you’re pregnant after filing your divorce petition, ensure you inform your divorce lawyer, even if you think this information is irrelevant. It is also advisable to avoid getting pregnant or getting someone pregnant before the finalization of a divorce, as this could be a recipe for a complicated divorce.

– What Happens if You Find Out You’re Pregnant After the Divorce?

Finding out that you’re pregnant after the finalization of your divorce could impact your child’s paternity. Also, your spouse may seek to reopen the divorce if they believe you hid your pregnancy to get done with the divorce. Of course, they would face the uphill task of providing concrete evidence to substantiate their allegation.

The husband is presumed the father if the child is born 300 days following the finalization of the divorce. If a DNA test proves that the husband is the father, then nothing much about the divorce changes. Otherwise, the husband would need to go through the process of delegitimizing the child to give up their legal parental rights.

– Can You Get Divorced While Pregnant by Someone Else?

Most states will allow spouses to file a divorce even if the wife is pregnant, regardless of who the father is. However, due to the possible paternity issues, most judges will hold off proceedings until the child is both to finalize the divorce due to paternity issues.

Once it is established that the husband isn’t the father, he relinquishes parental rights through the delegitimization process.

The mixture of financial and emotional strain could be why your soon-to-be ex-wife is hiding pregnancy during your divorce. Divorce often pushes people to act out of emotion without considering the issue at hand.

This article has discussed the issues that often arise when the wife hides pregnancy during a divorce. Here are the takeaways: 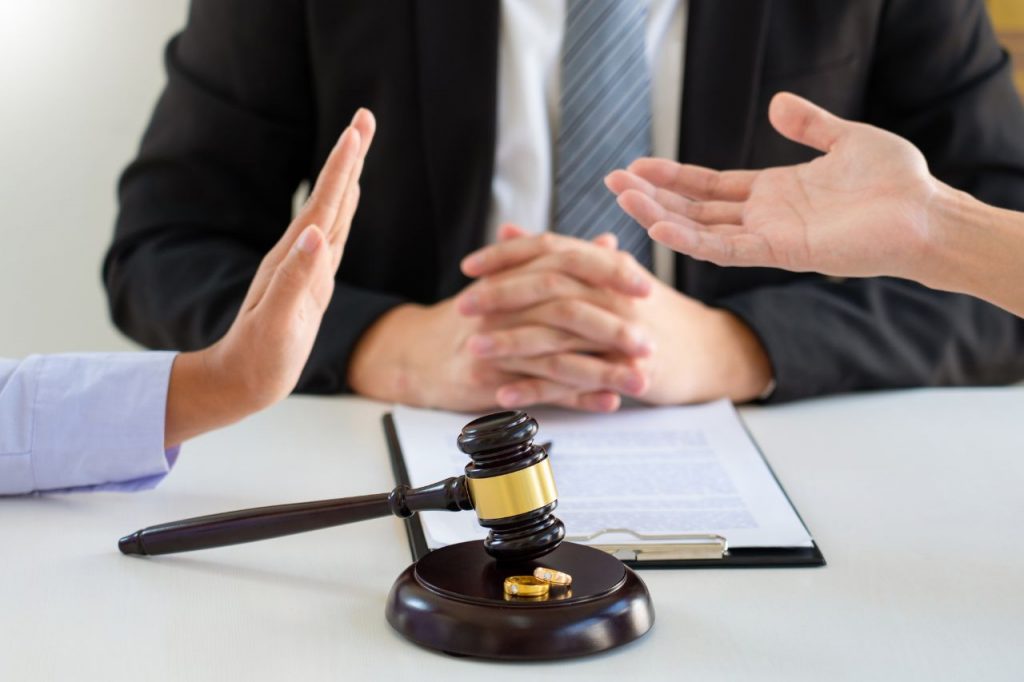 While there could be more than one reason for the wife to hide their pregnancy during divorce, it is important to know that this could have legal and financial repercussions. Spouses faced with a similar situation should seek the legal counsel of an experienced attorney since each state has its unique laws. Note that being truthful is the only way, as it saves you a lot of trouble.

Pre Divorce Checklist: Essential Considerations To Be Made

Common Law Marriage Idaho: Is It Still a Valid Union in the State?

Grandparents Rights in Ohio: Their Importance and Related Laws