Hiding assets in a divorce is a common occurrence in court proceedings when a relationship has turned volatile. Assets can include money, property, antiques, family heirlooms, business stocks, among other valuables. A spouse might attempt to hide or fail to disclose assets because they do not wish to split something they consider theirs.

Often a spouse will hide assets because they feel they deserve more from the relationship. These unsatisfactory feelings often come from a partner who has carried most of the family’s financial burden. Spouses who hide assets will often involve family and friends in their discretions. They either give a “gift” of money to a relative to receive it back when the divorce is finalized or investing it into companies and partners that don’t exist.

There are also cases where while attempting to hide assets, a spouse spends funds on a new partner, depleting funds acquired in the previous relationship. There have been cases where a spouse filed a lawsuit against a new partner because of the depletion of funds.

In most cases, a court may be lenient with the penalties awarding certain advantages to the scorned spouse. Varying from state to state, a spouse who attempts to hide assets may be forced to pay fines, court fees of the affected spouse, and the rare suspicion of illegal activity and criminal penalties. 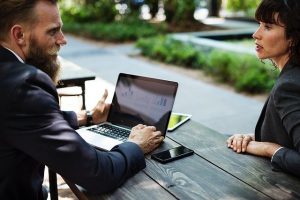 How do you uncover assets hidden after a divorce is finalized? The “out-spouse” or the spouse that was not responsible for finances during the marriage can request a copy of financial records and hold the previous partner accountable for any discrepancies.

The best way to start this process is by simply asking. There are instances where the spouse has misplaced some items or will take some time to compose a full report. If the spouse refuses to comply or delays finding the financial records, you can then begin the process of “discovery.”

It is appropriate to hire an attorney during the discovery process and gather the proper documents to gain intel. The first part of this process requires your attorney to demand the release of documents, including tax returns, account statements, or even loan applications. The spouse will then be expected to answer questions known as “interrogatories.” This requires the spouse to answer questions with written statements, which the suspecting party is expected to corroborate.

A spouse may also demand assets inspection to uncover any valuables that may have been excluded from the documentation. In more complicated situations, a spouse can file for the partner to give testimony under oath. This means that if the spouse lies about the assets in their possession, they can be convicted of perjury. This method is preferred for spouses under the impression that assets are hidden and wish to pressure the suspected spouse.

With the advancement of technology and divorce lawyers’ training, hidden assets are usually hard to hide from a court. However, there are many methods a spouse may use to make funds disappear.

How Are Assets Hidden?

Offshore bank accounts are a standard tool in hiding assets in a divorce, especially if the spouse is a business owner and refuses to disclose money made during the marital terms. Spouses will often invest in stocks or companies that don’t exist with the hopes of being able to retrieve the money after the divorce is finalized.

If your divorce is finalized and you suspect foul play, the court might reopen and re-evaluate your case.

There are many signs that a spouse has been hiding assets:

If a spouse owns a business, there is a creative way to hide money. Occasionally, a partner might purposely create a failing business’s illusion to withhold assets from a spouse. In this situation, a divorce can have the ability to impact a company with joint shareholders, making all business owners suspect in helping hide assets.

Suppose a spouse is claiming financial struggle, but their current lifestyle does not display any financial hardship signs. In that case, it is most likely the spouse is attempting to withhold assets or even deny their existence to a court.

Monitor any sudden changes in financial activity, such as withdrawals during a discovery search. The search becomes complicated when a spouse trafficked finances in the form of cash and not electronically.

When a spouse is hiding assets, they often try to force their partner into signing documents and finalizing them quickly. To get away with their discretions, they may often pressure you to complete the agreement without the presence of an attorney or to sign documents without reading them thoroughly.

When the topic of bills, taxes, and other finances comes up, the spouse may attempt to be secretive about the finances they mainly controlled throughout the marriage. Secretive behavior is often a sign of guilt or illegal activity.

Again, a business can present an easy opportunity to hide finances. Changes in profitability are most likely fabricated to give the impression that the company is failing or not as successful as the client believed.

The hiding of assets can also occur in the form of gift-giving, either to family members or colleagues, hoping that the concerned party can return them. Recovering the funds can be especially difficult when one spouse sends finances to a family overseas.

The occurrence of unrecognized financial companies is a common method of hiding assets. This happens when an institution a spouse has never used in the past suddenly holds or withdraws funds from a joint marital account. 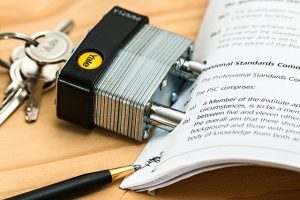 When you attempt to find hidden assets during a divorce, it is best to hire an attorney for assistance. However, you will be obliged to pay your lawyers, and you’ll be wasting your time and resources if you fail to recover any assets.

Before you continue searching for hidden assets, you must be sure of what you suspect before the process costs more than it is worth. If you find your spouse to have hidden assets, the court may rule for your partner to pay the asset search costs that you spent. This may also result in the judge ruling those assets returned to the spouse who initially suspected the transgression.

Penalties for Hiding Assets after Divorce

Penalties for hiding assets vary from state to state. However, in all states, if a spouse fails to disclose any amount of assets under oath, the court might charge them with perjury.

Suppose you find out that your spouse withheld assets during the discovery process. In that case, there are a few minor penalties that a judge could enforce. The spouse with the hidden assets might be obliged to pay the other spouse’s attorney fees, or they could receive a smaller portion of the marital assets.

Most states consider marital assets as funds made during the marriage, and these funds are the property of both spouses. Attempting to hide those funds can result in criminal charges. Lying under oath about assets also diminishes credibility with the judge.

Credibility is necessary for other aspects of divorce, such as child support, child visitation, and custody grants.

For these reasons, hiding assets in a divorce is a matter that you must not take lightly. The court strictly monitors appropriate conduct during a divorce and will punish transgressors if caught.

Spouses most likely to hide assets possess significant wealth like business owners or medical professionals. It is understandable why a spouse would attempt to hide assets they have earned on their own. Still, the law clearly states that property, funds, jewelry, and other assets a party obtains within the marriage period, are property of the spouses participating in the current marriage.

Action For Dismissal For Want Of Prosecution