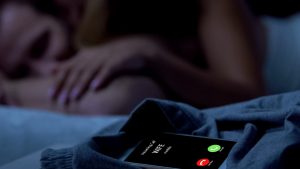 Grounds for Divorce in California are dealt with in this article. California is a no-fault divorce state, which means that citing your spouse’s wrongdoing when filing for divorce isn’t required or even permitted.

To find out what are the legitimate causes for ending a marriage in California, continue reading!

California as a No-fault Divorce State

Previously, a spouse had to prove some sort of fault in order to obtain a state-approved divorce, but today there is no fault divorce in California.

Instead, most divorces in California are granted because the marriage bond has been broken, which means that you and your spouse have irreconcilable differences. You only need to say that you “no longer want to be married,” and that should be enough.

What Are Grounds for Divorce in California

Adultery, abandonment, criminal conviction, substance abuse, and sexual deviance are all common grounds for ending a marriage. In the past, divorces became so expensive that couples would either lie to the courts or travel to Mexico for a cheap and quick divorce. These practices came to an end in 1969, when the state passed the Family Law Act, which resulted in the nation’s first no-fault divorce law.

In California, the only other ground for divorce is incurable insanity. This means that one of the marriage’s parties has been determined to be permanently mentally incapacitated. The burden of proof is high if you use this as a ground for divorce.

Two things must be proven by you or your family law attorney. First, that your spouse was suffering from incurable insanity when you filed for divorce, and medical professionals expect this condition to last indefinitely.

A residency requirement must also be met by the couple. Before filing for divorce, at least one of the spouses must have lived in California for six months or longer and in the same county for at least three months. These rules are intended to prevent a spouse from looking for a judge who will be sympathetic to their situation.

Dissolution of Marriage or Legal Separation

California is one of only a few states that allow you to file for a legal separation as an alternative to divorce. Both procedures take the same steps and allow a judge to divide community property and decide custody and support issues, but with the legal separation the couple remains married by the law.

This procedure allows spouses to live separate lives while maintaining the many benefits of marriage, such as:

This option may also be appealing to those whose religion prohibits them from filing for divorce or to couples who are concerned that a divorce will have a negative impact on their children. Both parties must intend for the marriage to end for this process to be successful.

Types of Divorce in California

When it was decided that either partner could opt out of a marriage without having a valid reason or accusation against their spouse, California divorce law changed the way divorces could happen for estranged couples.

Before the 1970s, the fault had to be assigned to their spouse. The fault served as the basis for divorce and could include reasons such as adultery, physical or mental cruelty, and abandonment.

Although many states still handle fault-divorces to account for spouses’ wrongdoings, the majority allow no-fault divorces. In many states, even if one partner was negligent, it does not matter in a no-fault case. Most couples cite irreconcilable differences or incompatibility as their reason, and the courts do not require any additional information.

When both partners reach a mutual agreement on all aspects of their divorce, it is called an uncontested divorce. They can discuss and reach agreements on property division, financial issues, child custody and visitation, and other issues. Although uncontested divorces are generally quick and easy, especially if both parties are willing, consulting with a divorce attorney is still advised.

If you don’t, you may give up rights you didn’t know you had, such as alimony, a division of pension benefits, real estate income, and other sources of income. When going through a divorce, it is critical to understand and know all of your rights.

A simplified divorce, also known as a summary dissolution, is permitted under California law. There are some restrictions, but if they are met, this is a simple way for couples to end a short-term marriage. Couples must first file jointly under the no-fault grounds of irreconcilable differences.

California residency requirements must be met: papers cannot be filed unless you or your partner have lived in California for at least six months, and one spouse must be a resident of the county in which you are filing for at least three months.

You and your partner cannot have been married for more than five years, there cannot be children born or adopted during the marriage’s term, and you cannot be pregnant at the time of filing.

Couples cannot own real property together or owe more than $4,000 in joint debt since the date of marriage or domestic partnership registration, excluding car loans; community property cannot exceed $25,000, and neither party can have separate property worth more than $25,000. A summary dissolution also waives one spouse’s right to receive financial support.

Those who file for summary dissolution are required to represent themselves in court, which means they must be completely prepared to handle the proceedings. It may be prudent to seek the advice of a divorce attorney in order to fully comprehend the process.

The court also requests that the couple sign an agreement to divide all assets prior to their court appearance. The process still takes six months after the initial filing.

Limited divorce is a court-supervised divorce process, similar to legal separation. A limited divorce allows the couple time to work out asset division and child custody issues. The couple is not permitted to live together, but the marriage is not annulled, and each person’s status remains unchanged.

Understanding your options will assist you in dealing with all aspects of your divorce. It is beneficial to discuss your situation with an experienced divorce attorney to help you determine which option is best for your situation.

Grounds for Dissolution of Marriage

As stated above, judgment of dissolution of marriage or legal separation may be granted only on the grounds of: 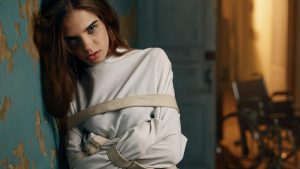 In almost every petition for dissolution or separation, “irreconcilable differences” are alleged as the grounds. In practice, this means that the court finds substantial reasons for not continuing the marriage. This is known as a “no fault” divorce, and it essentially means that anyone who wants to end the marriage can do so.

Contesting dissolution is no longer a realistic option in California.

Reasons for Divorce in California

The list of various reasons for divorce in California are as follows:

Alternatives to a Divorce in California

Divorce is not the only legal option for spouses who are dissatisfied with their marriage. Spouses in California can file for legal separation, annulment, or summary dissolution.

A legal separation does not dissolve the marriage; rather, it is a formal agreement that addresses issues such as finances, custody, and child support while the spouses live apart.

The procedure is similar to that of filing for divorce in that one party submits the necessary forms to the court and pays the filing fee. In California, there is no residency requirement for obtaining a legal separation. 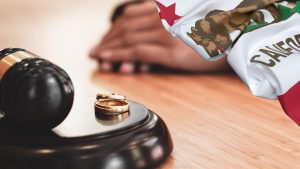 Further, we conclude the following after reading this article:

We hope that you can now make legally informed choices when it comes to divorce in California.

Alimony in California: Is Spousal Maintenance Guaranteed Upon Divorce?

Limited Divorce and Absolute Divorce: A Complete Guide for Spouses