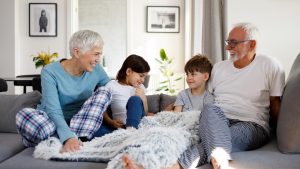 This article shed light on the rights a grandparent is accorded in Wisconsin.

What Are Grandparents Rights in Wisconsin?

There are three grandfather rights in Wisconsin: third-party visitation, visitation privileges when the child’s parents are already deceased, and visitation rights even when parents are not allowing them to see their grandchildren.

These three statutes are established to protect Wisconsin grandparent rights to maintain a relationship with a child they have helped raise.

The first grandparent visitation statute allows grandparents to file a petition seeking visitation rights in Children’s Court. When a grandparent requests court-ordered visitation with a child, it’s called third-party visitation. There’s no simple, one-size-fits-all process as it varies depending on the parents’ status and whether there’s a case in the family court.

The second statute allows grandparents to seek visitation privileges if one or both of the child’s parents are deceased. The chances of a grandparent establishing custody are higher if one of the parents dies.

However, the court still prefers to place the child with the other parent if possible, unless it’s not in the best interest of the child. The custody is especially strong if the parent and grandchild were already living with the grandparents since the court desires for the child to have a stable upbringing.

The third statute allows grandparents to pursue visitation rights when they are blocked by a parent from maintaining a relationship with the child. A big part of parents’ rights and responsibilities is to bring up their children as they deem fit, as long as children’s rights are not infringed and their basic physical and emotional needs are met. Generally, a fit, stable parent’s wishes are always considered in any custody or visitation decision, but ultimately, the child’s best interests determine the outcome.

How To Establish Grandfather’s Rights in Wisconsin

Grandparents rights in WI fall under state laws and not federal laws. This means that nearly all states in the U.S. allow some form of grandparent visitation, with each state creating its legislation concerning visitation rights. However, in the Troxel v Granville case, the U.S. Supreme court has set basic guidelines on the visitation rights accorded to grandparents. 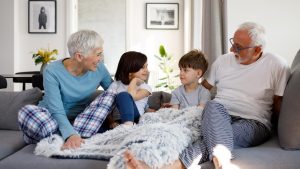 Wisconsin family law permits a grandparent to establish a visitation schedule with a grandchild, even if it’s against the parent’s wishes. However, the grandparent should file a petition with the court requesting visitation privilege. A judge then decides the case after allowing the child’s parents to respond – If they are still alive.

– Factors Considered by a Judge Before Awarding Visitation Rights

When a party’s ability to parent is questionable, the court intervenes to ensure the child’s safety is maintained. An unfit parent is the one who has a history of child abuse and neglect or is unable to care for the child. The judge may consider any other circumstances that may have caused the parent to be incapable of fulfilling their duties as a parent.

The Wis. Stat. 767.43, also known as Grandparents Visitation Statute, allows the court to grant visitation rights to another person such as a grandparent, step-parent, or great-grandparent who has over the years maintained a healthy relationship with the child. The Wisconsin Supreme Court determined the statute constitutional.

This means that a grandparent has the right to file a petition with their grandchildren. He or she is tasked with providing convincing evidence that the parent’s decision to alienate him or her from having contact with the child is not in the child’s best interest.

Also, the courts must find a way to balance the parent’s wishes, the best interest of the child, and the importance of the relationship between grandparents and children.

The Grandparents Visitation Statute has had its fair share of controversies, making it more difficult for a grandparent to obtain a court-ordered visitation schedule. Also, the circuit courts cannot substitute what the Supreme Court has set as judgment regarding the child’s best interest.

As in all child custody cases, the court does a thorough job determining which custody arrangement is best for the child. Grandparents rarely obtain custody rights over, but a judge will grant custody to the grandparent if he or she is convinced that it’s in the best interests of the child. Also, a judge will favor a grandparent over the biological parent if the latter is incapable of providing adequate care for the child.

For a grandparent seeking custody of their grandchild, it’s an uphill battle. First, you will need to show that your age, financial situation, and health allow you to provide proper care for your grandchild. The judge will also need to be convinced that the grandparents have a strong relationship with the child before determining the custody case. In some situations, the court may grant joint custody to a young mother and the grandparent until the mother is able to care for the child herself.

A grandparent must prepare a very strong case to succeed in getting custody of a grandchild. This is especially the case if both parents are still alive. Besides, a grandparent may need to fight attempts by other family members to get custody of a child. Some courts will need proof that the grandchild has been under the care of the grandparent for at least one year before awarding them custody.

Adoption cuts all ties between a child and the biological parents and ultimately with the grandparents. If the parents decide to voluntarily give up their children for adoption, it means the grandparents no longer have any legal rights over the child.

However, there are exceptions to the rule, such as a child who is adopted by a stepparent or a relative. In these cases, the grandparent may seek to be awarded visitation privileges and file for grandparents rights in Wisconsin.

Guardianship is the position of being legally responsible for the care of someone underage or one who is unable to manage their affairs, referred to as a “ward.” A court appoints a guardian to make medical or financial decisions on behalf of the ward. For a grandparent to be awarded guardianship, there must be proof of abandonment by the child’s parents over a long time.

One major benefit of legal guardianship is that it allows you to make important legal decisions without requesting the parent’s permission. For example, a grandparent with legal guardianship can take the grandchild for medical appointments or sign a school permission slip without the need for permission from anyone. Also, unlike an adoption, guardianship can occur without terminating parental rights; hence it may not be as emotional or difficult for some families.

Guardianship can be temporary lasting 60 days, with the right to renew for a 60-day extension, or permanent lasting longer than 120 days. A grandparent who wants to petition the court for guardianship of a grandchild must complete a set of forms, including a petition for guardianship, a notice of hearing, waiver, and consent to the guardianship.

It’s common for grandparents to take over the care of a grandchild on a temporary or informal basis. This happens for numerous reasons. For example, the parent may currently be unemployed and cannot financially support the child. The parent may also be dealing with drug abuse or mental health issues which prevents them from executing their parental duties.

It’s crucial to understand that you have no legal authority over the child unless you take additional steps. The parent can decide to take your grandchild at any time, or you may run into problems such as consenting to medical treatment or enrolling the child in school. 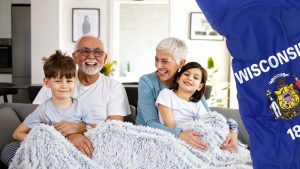 We’ve comprehensively covered grandparents rights in Wisconsin. Here’s a summary that sums it all up:

The role of grandparents in their grandchildren’s lives cannot be ignored. Luckily, grandparents’ rights in Wisconsin are legally enforced and protected. If you have any questions, it’s best to consult a family law attorney.

How Much Is a Divorce in Kansas? Breakdown of Divorce Cost Involved

How Long Does a Divorce Take In Florida: Accountable Factors